An Ivy-League graduate from Yale University with a degree in psychology and South Asian studies, Mukesh Ambani and Nita Ambani’s daughter, Isha Ambani is more than just an heiress to the Ambani empire. Over the years, Isha has carved her niche in the business as in 2008, she was ranked second on Forbes' 'Youngest Billionaire Heiresses' list. Before pursuing her MBA from Stanford University, Isha had also worked as a business analyst at McKinsey & Company. (Also Read: Nita Ambani And Isha Ambani 'Twin And Win' In Gota Work Ethnic Ensembles By Abu Jani Sandeep Khosla)

Did you know that it was Isha Ambani, who had seeded the idea of Jio in her father, Mukesh Ambani? Mukesh Ambani had revealed the same to a group of audience in London in March 2018 after receiving the Financial Times-ArcelorMittal Award for “boldness in business". He had said, “The idea of Jio was first seeded by my daughter, Isha, in 2011. She was a student at Yale (in the US) and was home for holidays. She wanted to submit some coursework, and she said, “Dad, the internet in our house sucks." Also, the idea to have a different logo that would stand out from the rest of the businesses and identity of the “old Reliance" was Isha’s brainchild. 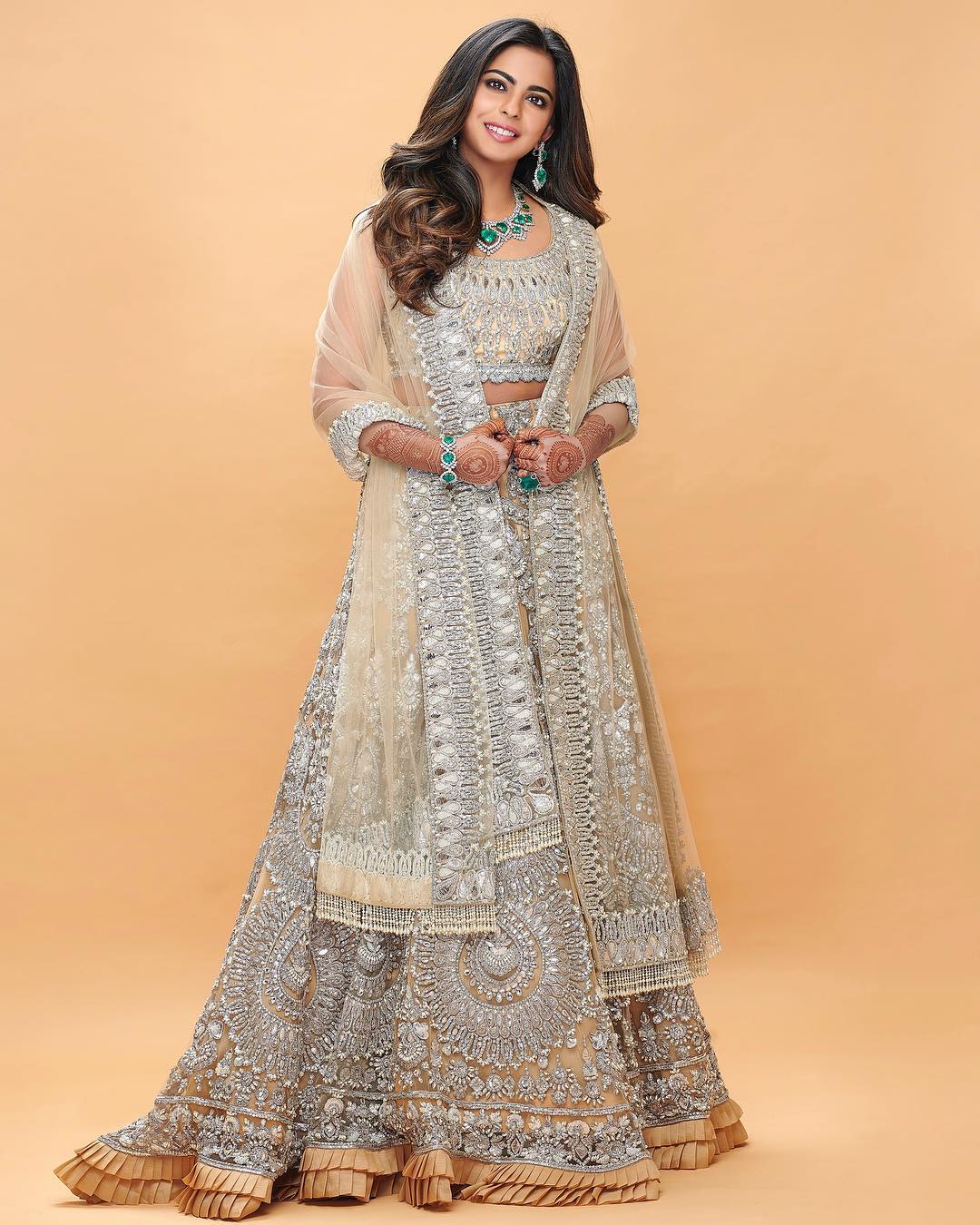 Isha Ambani had added the surname, ‘Piramal’ to her name after her wedding with beau, Anand Piramal on December 12, 2018. Soon after her grand wedding, it was her twin brother, Akash Ambani’s turn to enter the married club. On March 9, 2019, in a high-profile wedding, Akash Ambani had tied the knot with his childhood sweetheart, Shloka Mehta. Isha has impressed us with her sheer elegance and grace, and we are floored with her ‘oh-so-gorgeous’ fashion statements, be it traditional or western. At Akash Ambani and Shloka Mehta’s engagement, Isha Ambani Piramal had wowed us with her lustrous tresses and flawless sheen. In an interview with the Hindustan Times, make-up artist, Vardan Nayak detailed on her looks from her brother, Akash’s engagement. Describing Isha’s three engagement make-up looks, Vardan termed it as ‘classic, timeless, and glowing’ with her skin ‘taking centre stage’. Revealing the secret behind her gorgeousness, Vardan said, “She’s very much about keeping her skin as real and natural as possible.” (Also Read: Unseen Picture Of Isha Ambani Piramal Teary-Eyed On Her 'Vidaai', Nita And Radhika Are Emotional Too) 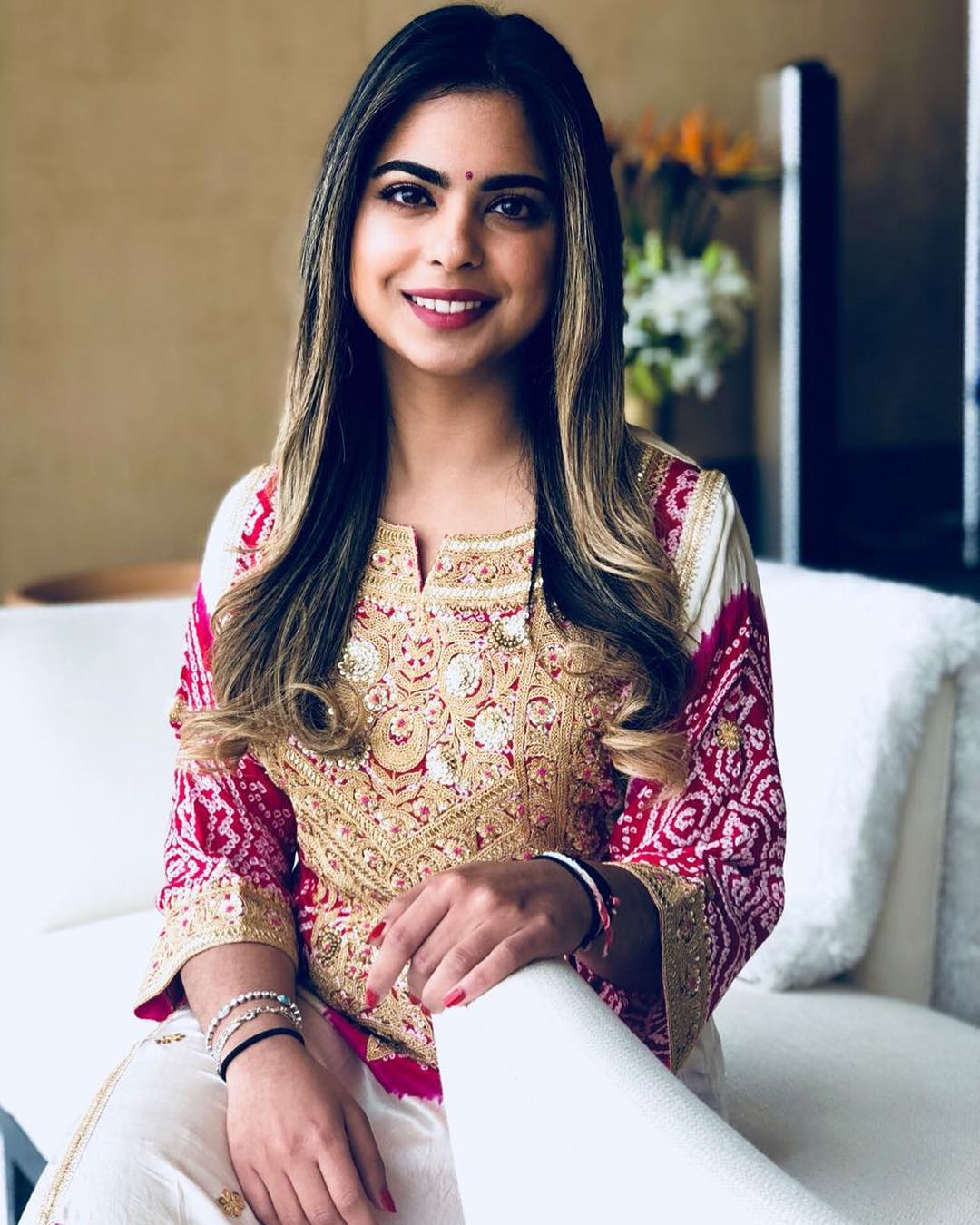 Keeping Isha Ambani Piramal’s skin fresh with a natural matte finish foundation as it absorbs well into your skin without becoming oily over time, Vardan Nayak spoke about the base and said, “Prep is so important for a look that is all about natural skin. Isha has incredible skin. I started by prepping her skin with a water-based moisturiser that also acts as a foundation gripper to lock down foundation.” Vardan had finished off her look with an ultra-airy, silky invisible make-up powder that blends seamlessly with skin for effective full-coverage, as well as golden highlighter, peach blusher, countouring powder to keep her skin looking luminous. Speaking about Isha Ambani Piramal's gorgeous eyes, Vardan Nayak had said, “Isha has gorgeous eyes, and went for a smouldering, sultry look: Subdued by day, and played up for evening.” Revealing that eyebrows and eyes were the main focus of her looks, Vardan had swept the same invisible powder and had added some beautiful blusher and eyeshadow across her eyes. He had then piled on the mascara and had filled-in her eyebrows with a warm brown pencil to define them. He had concluded, “We layered on the black mascara as it really helps to amplify the lashes and polish off the entire look.” 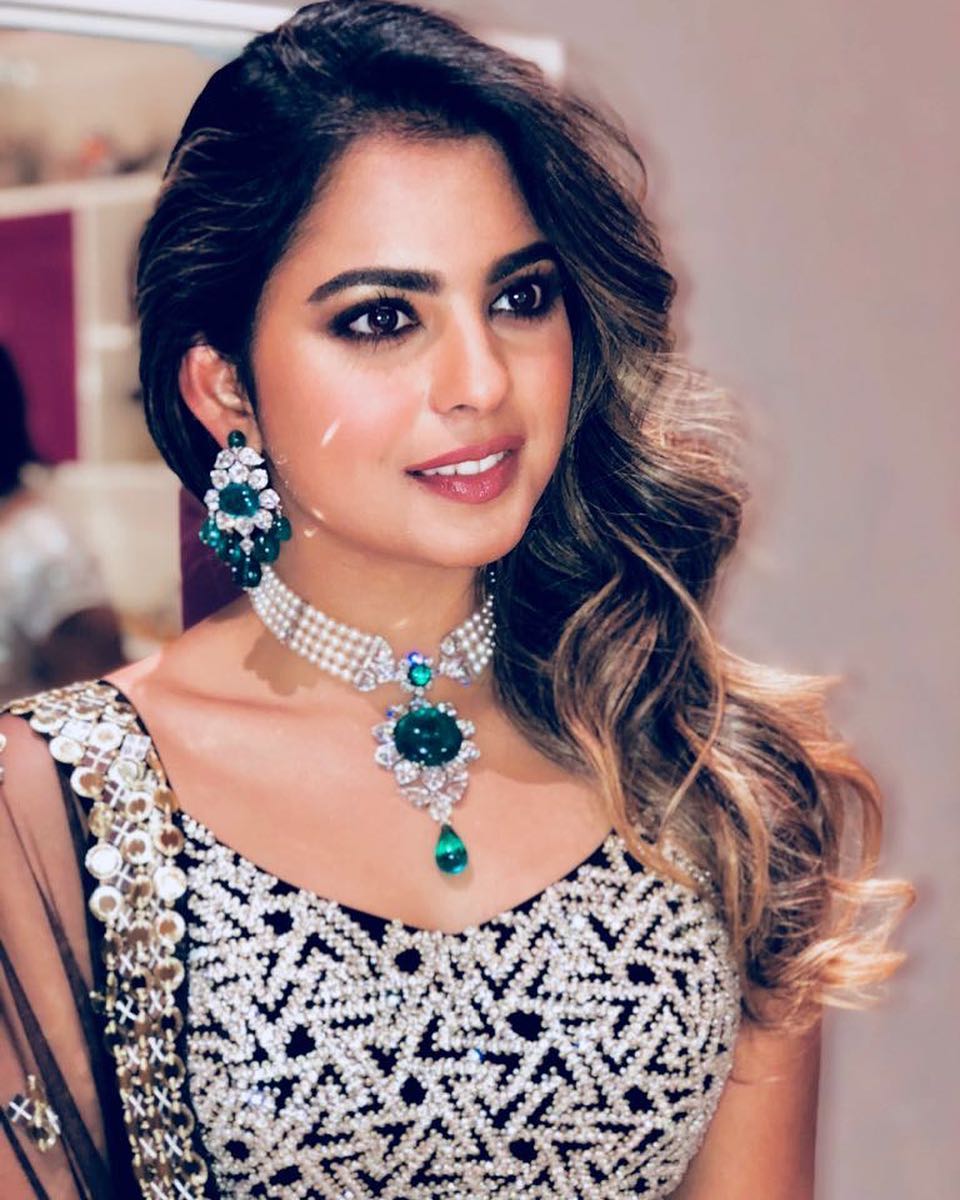 Isha Ambani Piramal’s cheeks had a subtle flush of peach colour, while her lips were covered with a light pink shade. Vardan Nayak revealed that he had tapped on the lip colour with a finger to give a stain-like effect instead of a wash of opaque colour. It wasn’t glossy, but rather a satin pink shade. He elaborated, “I kept Isha’s lips more natural-looking to balance the look. We used nude/pink tones because of their simplicity.” 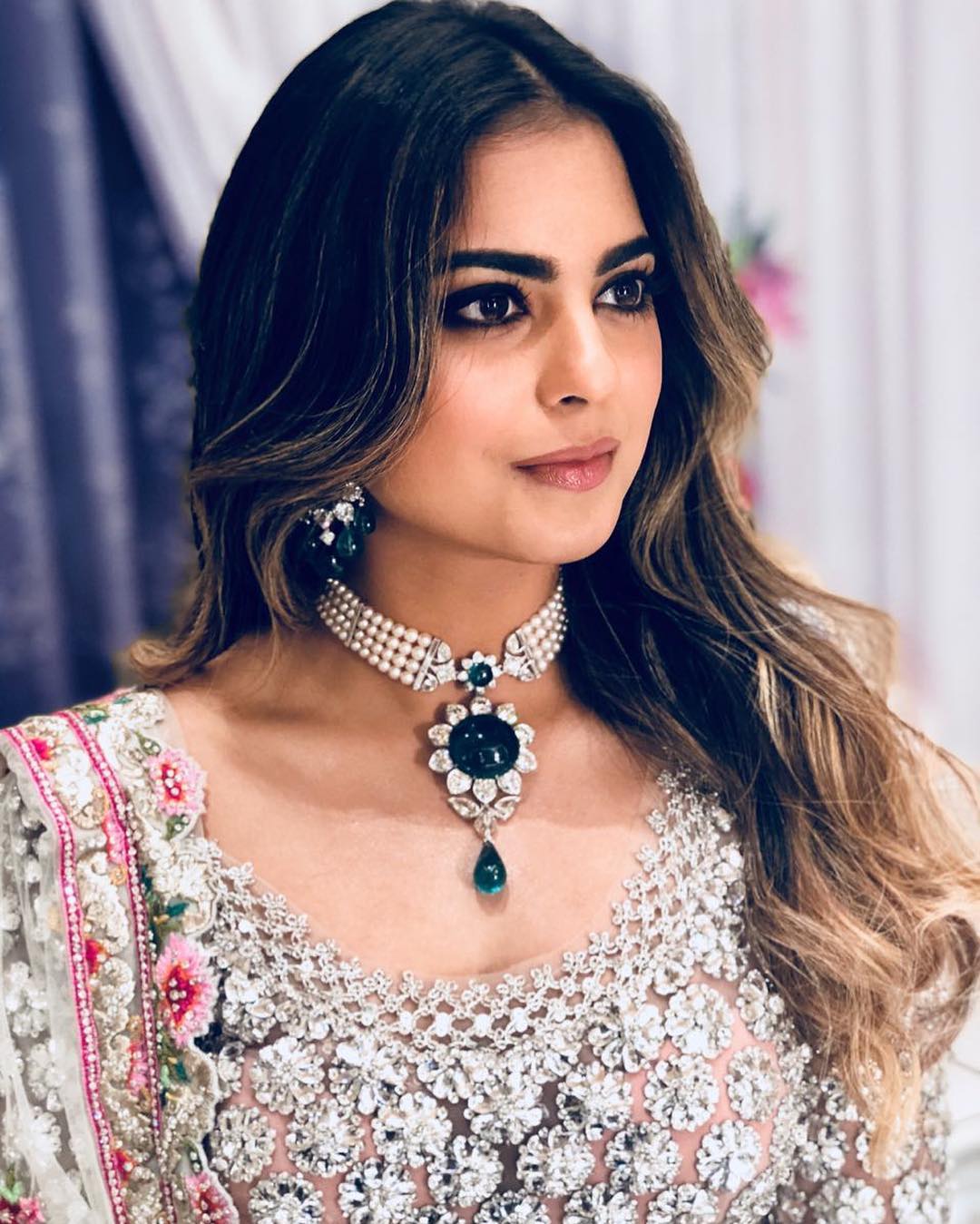 Finally detailing on Isha Ambani Piramal’s lustrous hair, Vardan Nayak had informed that to create her look, he had sprayed volumiser or dry shampoo throughout her hair and had blow-dried it with a big-sized round brush for tons of volume. Then he had curled large sections of hair (more volume!) and brushed out the curls to soften them. (Also Read: Unseen Childhood Picture Of Isha Ambani Piramal Will Make You Wonder How Gracefully She Has Grown Up) Which look of Isha Ambani Piramal, did you like the most? Let us know!