Priyanka Chopra and Nick Jonas are not only international star couple and one of the most revered pair of celebrities in the world. They are also a global celeb couple who gives their billion fans major #couplegoals on a daily basis. Priyanka has been on every popular talk show of the world ever since she made her debut in the American television series, Quantico. (Suggested Read: Shahid Kapoor Get Approvals From 'Big Daddy' Pankaj Kapur On Interiors Of Their 56 Crore Apartment)

And just like her, even the Jonas brothers, who are crazily popular among the millennials for their music, were recently invited at The Late Late Show With James Corden. An interesting thing that happened during the talk was when the eldest Jonas brother, Kevin Jonas, was asked if the Jonas family has reacted positively to the newest addition in their family- Priyanka Chopra Jonas. 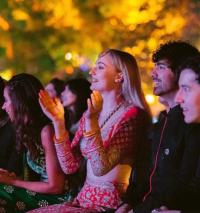 Kevin Jonas shared that her youngest daughter is not very happy with Priyanka and that too for a very funny reason. Kevin was quoted as saying, “My youngest daughter Valentina, she is very connected to Nick. But when she met Priyanka, she put her hand around his shoulder, every time her hand would go around Valentina, she would just push it off. And this just became an ongoing joke. I’m not sure Priyanka loved it at first but they’re cool.” To this, Nick said, “She is very territorial. I mean it’s so funny.”

Priyanka Chopra Jonas’ in-laws are very supportive of her. Recently, when a magazine made racist remarks against Priyanka post her wedding with Nick, her in-laws, Joe Jonas and Sophie Turner took to Twitter and lashed out at publication. Joe Jonas slammed the magazine and wrote, “This is disgusting. @TheCut should be ashamed to have someone write such evil words. What Nick & Pri have is Beautiful Love. Thank u, Next.” PeeCee’s sister-in-law, Sophie Turner’s tweet could be read as, “This is wildly inappropriate and totally disgusting. Very disappointed that The Cut would give anyone a platform to spew such bullshit.” (You May Like: Ranveer Singh Wants Many Children During His Retirement, Is Deepika Padukone Listening?)

Priyanka’s pregnancy rumours have been doing rounds on the social media lately. However, Priyanka brushed off all the rumours in an interview with the People magazine. The 36-year-old actress stated, “We both know that that’s something that needs to happen, but it’s not something I think about very much. We’re both very driven, we love our work, we’re married to our work, and we’re both very supportive of each other’s work. So I’m sure it will happen in an organic way. We definitely want kids, and when the time is right, it will happen.” 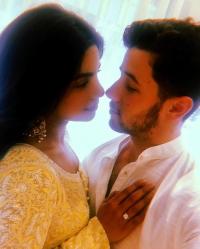 Madhu Chopra, Priyanka’s mother, was contacted by a leading media house regarding the same and she blamed it on the wrong camera angle, and commented, “It was a bad angle. The outfit was nice. She looked like that only in some pictures, the rest were fine. Blame it on the camera angle! When I spoke to Priyanka on the phone, she told me that she was tired and hence, had a slumped posture. I told her what people were saying, and she simply said: 'Mamma, give me a break!’” 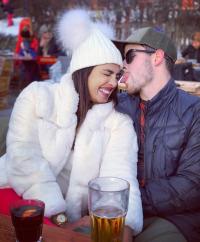 Speaking of Priyanka’s pregnancy reports, in an interview with Spotify’s The Rewind, Nick had earlier talked about his and PeeCee’s family planning, and had shared, “I definitely want to be a father someday. I think that’s a real dream, and I think I have had to grow up real quick. With that, you could look at it two ways, you could say that was unfair, or you could say it has given me some real perspective at an early age. And I have seen a lot of life at an early age and I hope to be able to share that with a kid of my own someday.” (Also Read: First Pic Of Surveen Chawla From Her 'Godh Bharai' Ceremony, Looks Ethereal In Both Saree And Dress)

How did you like Kevin Jonas’ revelation about Priyanka Chopra Jonas? It’s hilarious, isn’t it?