With the excitement for the Indian Premier League 2021 and billions of girls crushing over the next-gen cricketers, let us throw some light on the love lives of these famous rising stars.

In India, cricket is not just a game but a religion that unites everyone irrespective of their caste or religious belief as it is treated like no other sport. The cricketers, who have struggled hard to make their place in the history of cricket, are worshipped like God. Most of the Indians, by default, would be cricket fans and over the years, a lot of aspiring cricketers have made their way to the top. Be it the World Cup, T-20s, ODIs, or Indian Premier League, the fans are crazy about every format and leave no stone unturned to cheer for their favourite cricketer and team. Cricket is not just a sport but an emotion for Indians and as exciting as their performances are on-field, their personal lives also interest their fans.

Being in the limelight comes with a fair share of pros and cons. Though you are showered with immense love and admiration from your fans worldwide, rumours and speculations too, become hot topics of discussion for your followers. While some of the cricketers are comfortable sharing sneak-peeks into their personal lives through social media or interviews, some prefer keeping it private, especially their dating lives. With the excitement for the Indian Premier League 2021 and billions of girls crushing over the next-gen cricketers, let us throw some light on the love lives of these famous rising stars. Here's a list of who’s dating whom: For his exploits in the U-19 World Cup in 2018, Shubman Gill is seen as the player to watch out for in the future. Even in IPL 2019, for his brilliant performance, he had won the "Emerging Player of the Year" award. Shubman also won the BCCI award for the Best Junior Cricketer for consecutive years in 2013-14 and 2014-15, knocking hard on the doors of the U19 team. The young Indian batsman, Shubman is rumoured to be dating Sara Tendulkar, daughter of the Master Blaster and God of Cricket, Sachin Tendulkar.

During Indian Premier League 2020, for the Kolkata Knight Riders v/s Mumbai Indians match, Sara had cheered for her ‘favourite’ player, Shubman Gill. Though KKR had lost the match, Shubman was sublime on the field. And impressed by his fielding efforts, Sara had captured Shubman’s fielding on camera and posted it as her IG story with heart GIFs. The IG story had sparked rumours that Sara is dating Shubman. A Google bug had also shown Sara as Shubman's wife by the search engine. 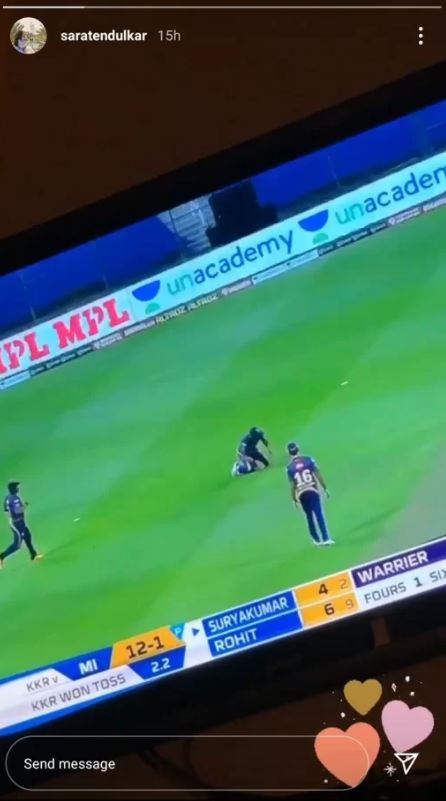 Hailing from a background of high academic standards, Kannur Lokesh Rahul, best known as KL Rahul, had developed an interest in cricket after he finished his schooling at NITK. He is an Indian international cricketer, who plays for Karnataka in domestic cricket and captains Punjab Kings in the Indian Premier League. The right-handed batsman first played for the country at the 2010 ICC Under-19 Cricket World Cup, which was followed by his debut in the Indian Premier League in 2013. Since then, he has become one of the most sought-after players in the Indian cricket team. KL Rahul is rumoured to be dating Athiya Shetty, daughter of Suniel Shetty and an actress.

It was in mid-2019 when a source had informed a media portal about KL Rahul and Athiya Shetty's alleged relationship, revealing that the two had met through common friends. Rahul and Athiya often appear on each other's Instagram feed and their social media banters also speak a lot about their not-so-rumoured-anymore relationship. Though there's no official confirmation from either of the two, rumours are rife that KL Rahul is dating Athiya Shetty. 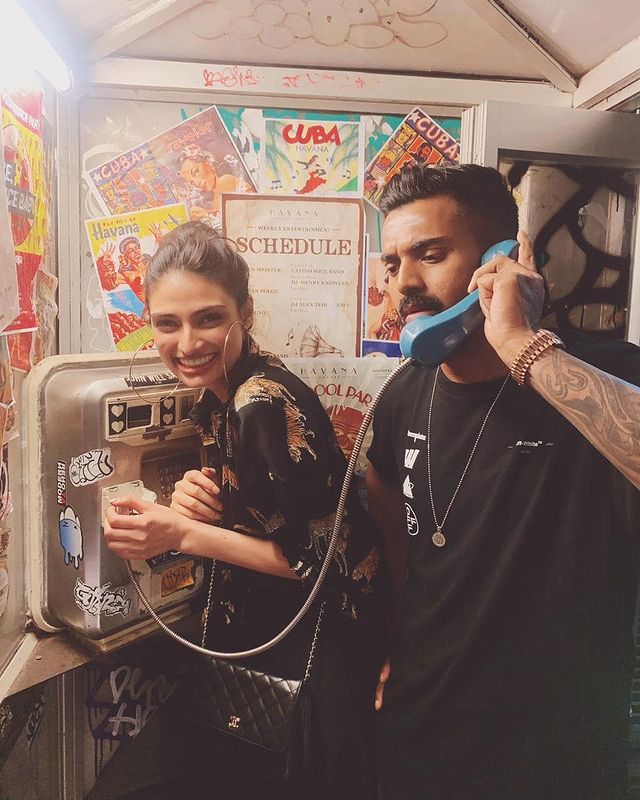 Born in Uttarakhand, Rishabh Pant had trained under Tarak Sinha at the Sonnet Cricket Academy at the age of 12 and his performance for India Under-19 in the 2016 World Cup was a turning point in his career. The dashing cricketer plays as a middle-order wicket-keeper batsman for India, Delhi, and the Delhi Capitals in the Indian Premier League. The young cricketer, Rishabh Pant is dating Isha Negi.

It was in 2019 when Rishabh Pant had introduced his ladylove, Isha Negi to the world on social media with the caption, "I just want to make you happy because you are the reason I am so happy", he had sent his fans into a meltdown. Isha had also showered love on Rishabh and captioned her post as "My man, my soulmate, my best friend, the love of my life. @rishabpant". For the unversed, Isha is an entrepreneur and an interior decor designer. Furthermore, Isha has a degree in BA English honours from Amity University, Delhi. Unlike his fellow cricketers, Rishabh doesn’t shy away from showering fondness on Isha and give glimpses of their love life. 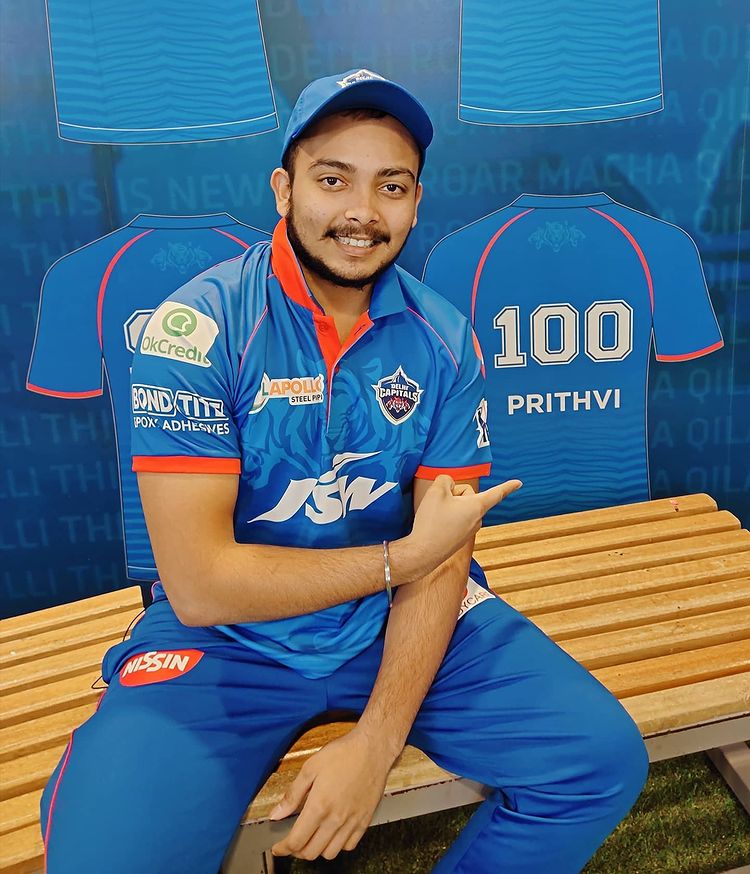 Prithvi Pankaj Shaw is a precocious child prodigy as he had created a stir in the Indian cricket fraternity when in 2013, he established an unprecedented record of 546 playing for Rizvi Springfield in a Harris Shield match. As a mere 14-year-old, Prithvi had gotten heads turning in cricket with his highest score, which was surpassed by Pranav Dhanawade in 2016. His stellar stroke-play, formidable footwork, and immaculate consistency made him play A-division cricket at a tender age of 8-9. Prithvi, the right-handed opening batsman, is a former India national under-19 cricket team captain and plays for Mumbai in the Ranji Trophy and Delhi Capitals in the Indian Premier League. He is the second-youngest Indian after Sachin Tendulkar to make a Test century and the youngest to do so on Test debut.

It was in September 2020 when Prithvi Shaw had grabbed the headlines for his dating rumours with television actor, Prachi Singh. Rumours are rife that Prithvi is dating Prachi as the fans have often seen them commenting on each other's posts on social media. For the unversed, Prachi shot to fame with her debut show, Udaan, in which she played the character of Vanshika Sharma, Sameer's (Gaurav Sareen) sister. 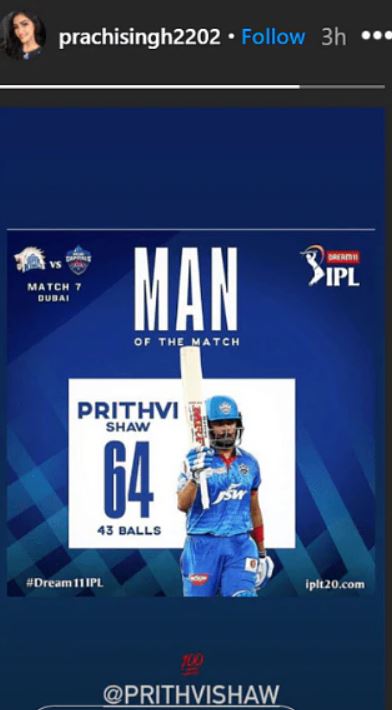 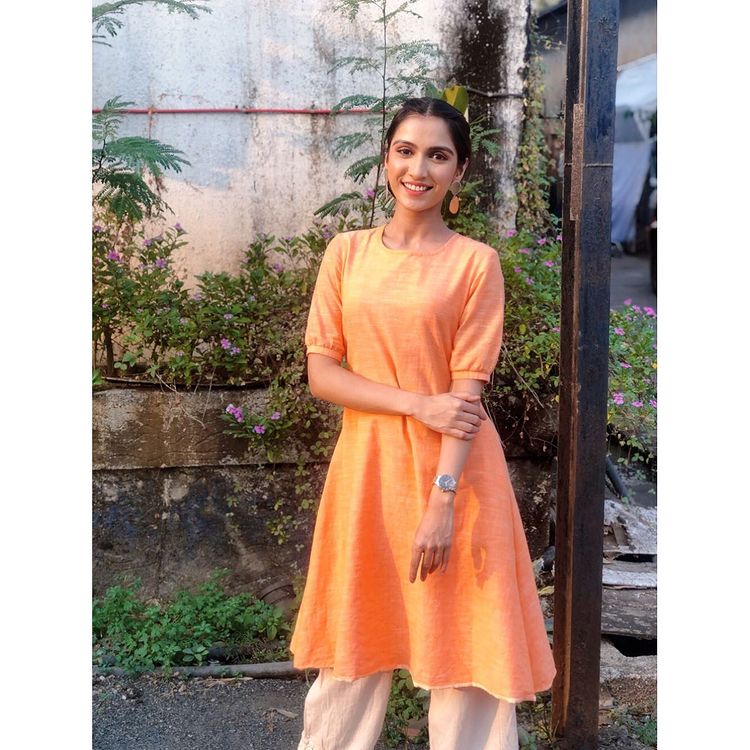 Also Read: When Virat Kohli Shared Why He And Mahendra Singh Dhoni Were Scolded By Ziva Singh Dhoni For An Hour Born in Bihar, Ishan Pranav Kumar Pandey Kishan's first claim to fame came in 2016 when he was selected to lead India under-19s for the U-19 World Cup held in Dhaka. Ishan made his international debut for the Indian cricket team in 2021. Ishan is a left-handed batsman and wicketkeeper, who made his name through a brand of attacking cricket and since 2018, he is playing for Mumbai Indians at the Indian Premier League.

Ishan, the star cricketer of the Indian cricket team, is rumoured to be dating a model, Aditi Hundia. For the unversed, Aditi had begun her modelling career with Miss India 2017 pageant, where she was crowned as FBB Colours Femina Miss India Rajasthan. As per the reports, Ishan is dating Aditi reportedly for over two years now and their Instagram posts and stories pretty much confirm their relationship. Aditi had also cheered for her alleged boyfriend, Ishan in the stadium during the IPL 2019 finals between Mumbai Indians and Chennai Super Kings. Moreover, during the IPL 2020, Aditi had posted a proud note for Ishan on her IG stories and captioned it with "I am so so proud of you baby". 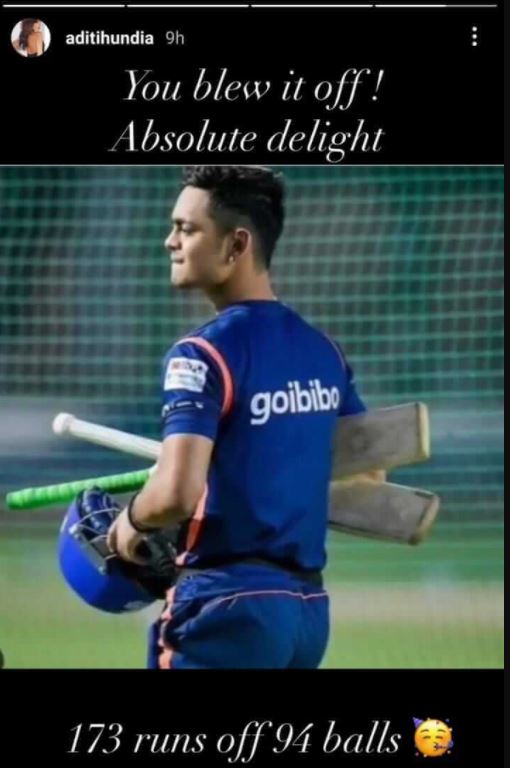 While a lot of cricketers have made their relationship official on social media or interviews, some still prefer to keep it under wraps. Being a public figure comes with its own share of downsides and despite them trying their best to maintain their privacy, it becomes difficult with the speculations around them, every now and then. While they resort to "good friends" stance, their fans wait with bated breath to see their favourite cricketers making their relationship official.

NEXT READ: 5 Famous Cricketers Who Married Their Cousins Or Friend's Ex-Wife