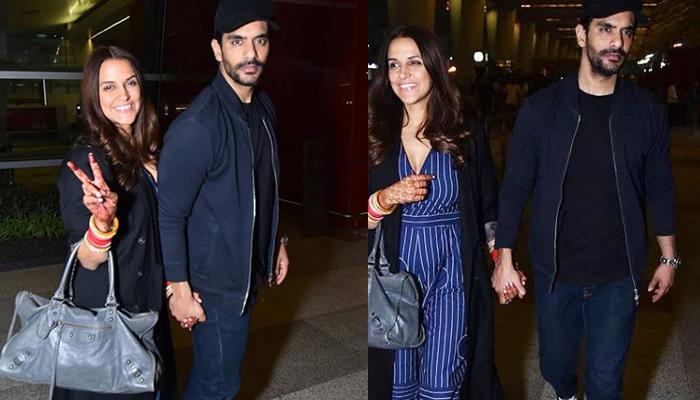 Wedding news and surprises are showering in the B-town. While we all were cherishing Anushka Sharma and Virat Kohli’s wedding in December 2017, news of Sonam Kapoor and Anand Ahuja’s wedding started doing the rounds. And after a lot of speculations and conjectures, we witnessed another most talked about and the much-awaited wedding of the year of Sonam Kapoor Ahuja and Anand Ahuja on May 8, 2018. And then we got another pleasant surprise from famous Bollywood actress Neha Dhupia and Angad Bedi. (Also Check: Neha Dhupia Ties The Knot With Actor Angad Bedi In A Gurudwara Wedding, Pictures Inside) 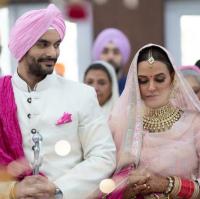 Neha Dhupia and Angad Bedi walked down the aisle in an extremely secret ceremony (like literally!) on May 10, 2018, in New Delhi. The couple’s wedding was a complete family affair even their industry friends weren’t aware of it. Neha and Angad tied the knot in a traditional Gurudwara wedding style with the rites and rituals followed in an Anand Karaj. It was after her pics started popping up on the internet, that we came to know about another beautiful diva, Neha Dhupia too is officially taken. 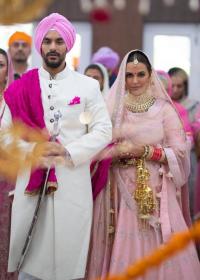 And now after their hush-hush wedding in Delhi, Neha and Angad have left for their honeymoon. The newly-wed couple got clicked by the paparazzi at the airport, while they posed for them hand-in-hand. We could clearly see how happy they are after tying the knot for life and beyond. Neha's newly-wed bride kind of charm was clearly visible on her face. With her mehendi on her hands and feet as well as her red-coloured chooda, Neha looked like a perfect Punjabi bride. Here are the pictures of the couple: 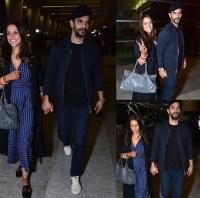 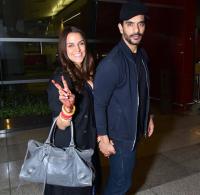 Both Neha Dhupia and Angad Bedi have been best friends to each other and it’s been a long time. All this while, they successfully managed to keep their relationship under the wraps and no one could get even a hint that there was something brewing between the two. According to the latest reports, Neha and Angad will be appearing at a charity event in the United States. They will be extending their stay there and will enjoy a short honeymoon. (Don't Miss: Anand Ahuja Posts First Picture With Wifey Sonam Kapoor Post-Marriage With A Heartfelt Message)

By the end of next week, the newly-weds will be returning to Mumbai. And the reports further say that once they are back in town, they will be hosting a grand reception for their close industry friends.

Congratulations again to the newly-weds, Neha Dhupia and Angad Bedi. All your fans are eagerly waiting for your honeymoon picture now!

NEXT READ: Neha Dhupia And Angad Bedi Wedding News: Just Like Us, Even B-Town Celebs Are Stumped