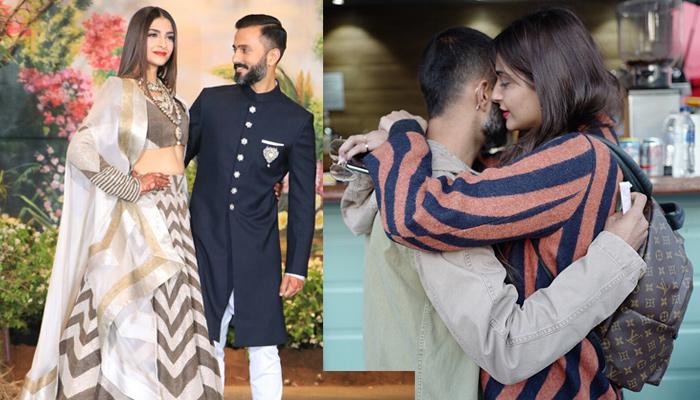 Ever reminisce about that newly-blossoming love after marriage? True that, love is always in the air in the lives of newly-married couples! From being mushy as you set off for your honeymoon or just leisurely chatting your hearts away, love for newly-married couples is quite a fantasy. (Also Read: Sonam Kapoor's 'Mangalsutra' Is Personalised And Designed By Herself, Has A Hidden Meaning)

Similarly, Sonam Kapoor Ahuja and Anand Ahuja are going through this same phase right now. The couple tied the knot in an Anand Karaj ceremony on May 8, 2018. Their wedding celebration was quite a grandeur with almost no stars left in the tinsel town who did not attend #SonamKiShaadi. Sonam and Anand looked beautiful together, dancing away the whole night, arms-in arms, with each other. 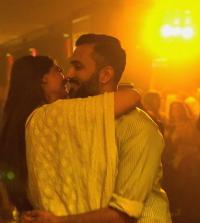 Today (May 11, 2018), Anand posted two beautiful pictures with his dear wifey on his Instagram account where Sonam is seen hugging her man tightly. The couple looked beautiful together and both of them seemed to be madly and deeply in love. Anand also wrote a short and sweet heartfelt message indicating the love that they have for each other. He wrote, “Its wonderful to be loved. It’s profound to be understood. #EverydayPhenomenal #TBT." One picture is already shared above. Check out the other one here: 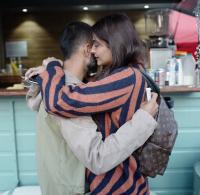 The adorable wifey, Sonam Kapoor Ahuja, cousin Janhvi Kapoor and Ranveer Singh, couln't help but reply to the post and the caption. Checkout their comments here:

Sonam, too, posted a beautiful picture from their marriage with a single hashtag that reveals all. Her caption read: “#EverydayPhenomenal”. (Do Read: Anil Kapoor Drags Everyone To The Dance Floor, Recreates 'Every-Chacha-In-An-Indian-Shaadi' Moment)

Also, some ‘bride advice’ from the newbie wife, Sonam Kapoor Ahuja, herself. In a behind-the-scenes video shared by Nupur Mehta Puri, Editor of Brides Today, Sonam was heard saying, “Don't be a Bridezilla. Like honestly, you'd rather have fun at your wedding. Just be happy and don't take yourself too seriously. It's a party, and it's a celebration of two people coming together."

Now that Sonam and Anand are official declared as wife and husband, the couple will set off for their individual professional commitments. Hence, the couple would not have their much-expected honeymoon anytime soon. As per Mumbai Mirror reports, on May 14, 2018, Sonam will be in the French Riviera to walk the red carpet at the Cannes Film Festival, but her hubby won’t accompany her to the event. The source was quoted as saying, “Anand won’t be at Cannes with her, but the couple is planning an October-November honeymoon which will be delayed because of the bride-to-be’s choc-o-block schedule.” 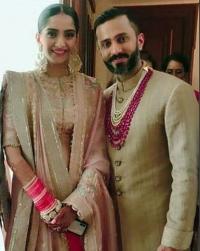 About Sonam’s post-wedding commitments, a source earlier revealed to India.com, "Sonam will be walking the red carpet at Cannes 2018 on the 14 and 15 May. But she will already be free from the wedding ceremonies by the 9th of the month and they would soon depart for France. The two are known to take vacations in UAE and London, where they have mixed business with pleasure, and they plan to do the same for their honeymoon as well."

Reports also have it that Sonam and Anand will shift base to London as the couple have purchased a two-bedroom flat in Notting Hill. Sonam, however, will be travelling back and forth between Mumbai and London for her work.

We wish the couple a lifetime of happy beginnings and new innings.

Next Read: Ranveer Singh Excused Himself At Sonam's Reception To Attend A Call From Deepika? She Leaves A Hint