Birthdays are one of the most special days in anybody’s life. Neetu Kapoor wishes her son-In-law, Bharat Sahni with a sweet birthday message and a lovely picture. 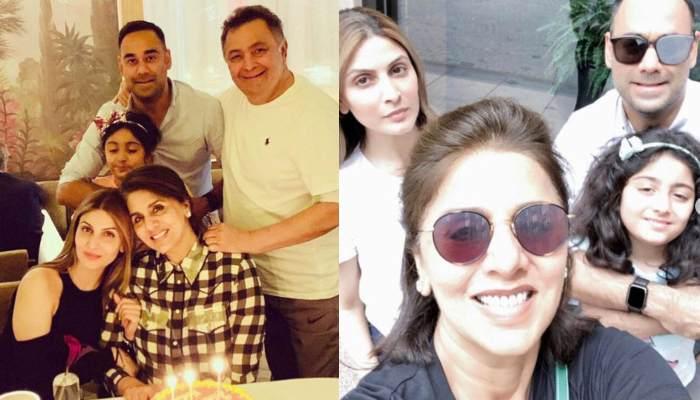 Birthdays are one of the most special days in anybody’s life. It becomes even more special when you see people close to you posting heartfelt messages on your Facebook timeline or share a cute picture of yours on their Instagram handle. It surely makes your day and you feel on top of the world. From months, you start making plans with your family and friends for this special day. (Recommended Read: Amy Jackson Cannot Stop Gushing Over Her Little Man, Andreas' Cuteness, Shares A Twinning Picture)

Today, on September 27, 2019, Kapoor khaandaan ka damaad, Bharat Sahni has turned 40. His Instagram handle was flooded with posts and messages to wish him on his birthday. The Delhi-based businessman received wishes from his friends and celebs from Bollywood. However, a post by his Neetu Kapoor was too sweet to handle. 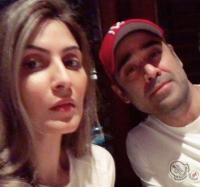 Bharat Sahni, son-in-law of Neetu Kapoor and Rishi Kapoor turned 40 today. Bharat, who has been poured with wishes on his birthday, received a very special one from somebody who is very close to him. It is none other than his mother-in-law, Neetu Kapoor! Neetu took to her Instagram handle to wish her son-in-law and posted a very cute picture of Bharat, piggybacking his daughter, Samara and captioned it as ‘Happy 40th Bharat khush raho Hamesha #bigbrat40’. Bharat Sahni was also wished by his wife, Riddhima Kapoor Sahni. Riddhima took to her Instagram handle to wish her doting husband and shared a collage of pictures with the caption which reads, "Happiest bday @brat.man #partnerincrime #love# #husbandturnsbuddddhaaa bigbrat40 #shanghai." Take a look at their post: 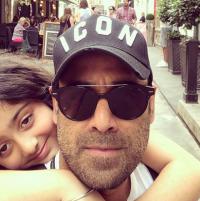 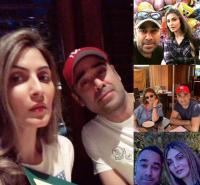 Bharat, who is a very devoted husband, had shared a collage of photos of him with his wife on her birthday on September 15, 2019, and had written, "Happy happy to my Baby Mama and partner in crime. I truly lucked out! Thank u for being you!" Later, he had posted a video of all the precious moments the two have shared together and had captioned it as "Happy happy Birthday." (Recommended Read: Ananya Panday Shares A Thank You Note For Daddy, Chunky Panday On His Birthday) 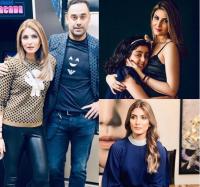 There is no doubt in the fact that Bharat is the most lovable son-in-law of the Kapoor khaandaan. Bharat, who has managed to be an integral part of the family is often seen vacationing with them. He was recently seen vacationing with his father-in-law, Rishi Kapoor and brother-in-law, Ranbir Kapoor in New York. Sharing a picture of the three men, Neetu Kapoor had written a heartfelt message on her Instagram handle which read as "Pure heart is very attractive and all three have that quality. They are individually strong, pure, with great wit! My supermen. #threescompany #familytime." In reaction to the post, Rishi Kapoor had commented, "Thank you Bhagwanji for these moments." Rishi Kapoor had shared the same picture on Twitter and had captioned it as " Men in glasses with glasses!" 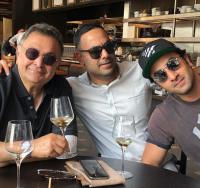 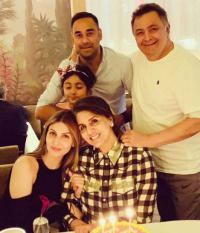 Bharat and Riddhima had a love-cum-arranged marriage. In an interview with the DNA, Riddhima's mother, Neetu Kapoor had talked about their love story and had stated, "She met Bharat Sahni, who lives in Delhi while studying in London. They knew each other there for three years. After they came back, Chintu (Rishi Kapoor) asked her to give it another year to see if they still felt the same way. They did and now they’re getting married. The loveliest thing about Bharat is that whenever he meets me, he brings me flowers." 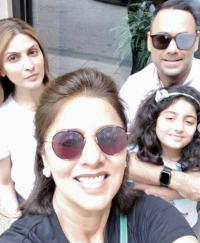 Talking about the love she has for her husband and about her marriage, Riddhima had once said in an interview, "Marriage is a two-way street. You just can’t keep expecting from your partner and your partner can’t keep expecting from you. There’s a lot of give and take, but it’s more important to be friends. My husband and I started with a friendship that developed into a relationship and that led to marriage. And now even though we are married we are very good friends." (Recommended Read: Pooja Gor Wishes Her Boyfriend, Raj Singh Arora On His Birthday, Amidst Breakup Rumours) 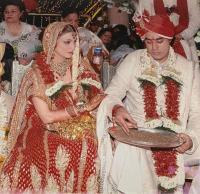 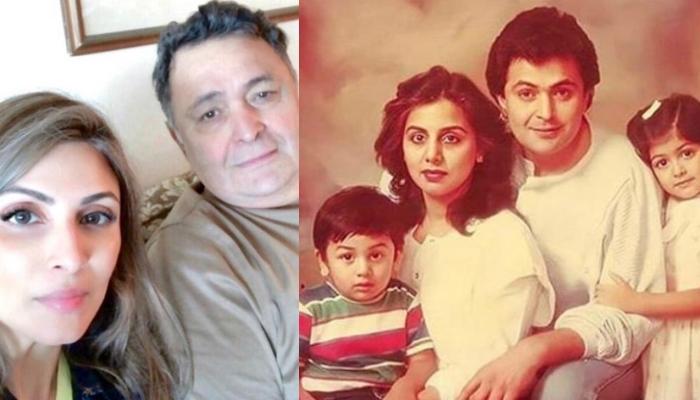 The mere thought of losing a parent tears us into pieces. Think about the one who had gone through this loss! Every moment becomes a huge emotional turmoil, and every day, the pain becomes unbearable. Going through their throwback pictures gives a choking feeling, and life seems worthless without them.