There comes a time in every woman's life when she turns into a mother that she thought she would never be and Amy Jackson is going through the same phase. Checkout her cute picture with her son!

One thing that is common in all the 'mumma bears' is their obsessions for their little one. And while every mother says that she won't turn into a 'mumbore' (one of those mums who talks about their kids that doesn't concern others), they eventually end up being one, all thanks to their munchkins. Singh Is Bliing actress, Amy Jackson, who recently joined the new mommies club, is self-admittedly becoming one! (Recommend Read: Pooja Gor Wishes Her Boyfriend, Raj Singh Arora On His Birthday, Amidst Breakup Rumours)

Amy Jackson and her England-based businessman fiance, George Panayiotou had welcomed their first child, Andreas on September 23, 2019. And ever since, the actress has been flooding us with cute pictures of their little one. 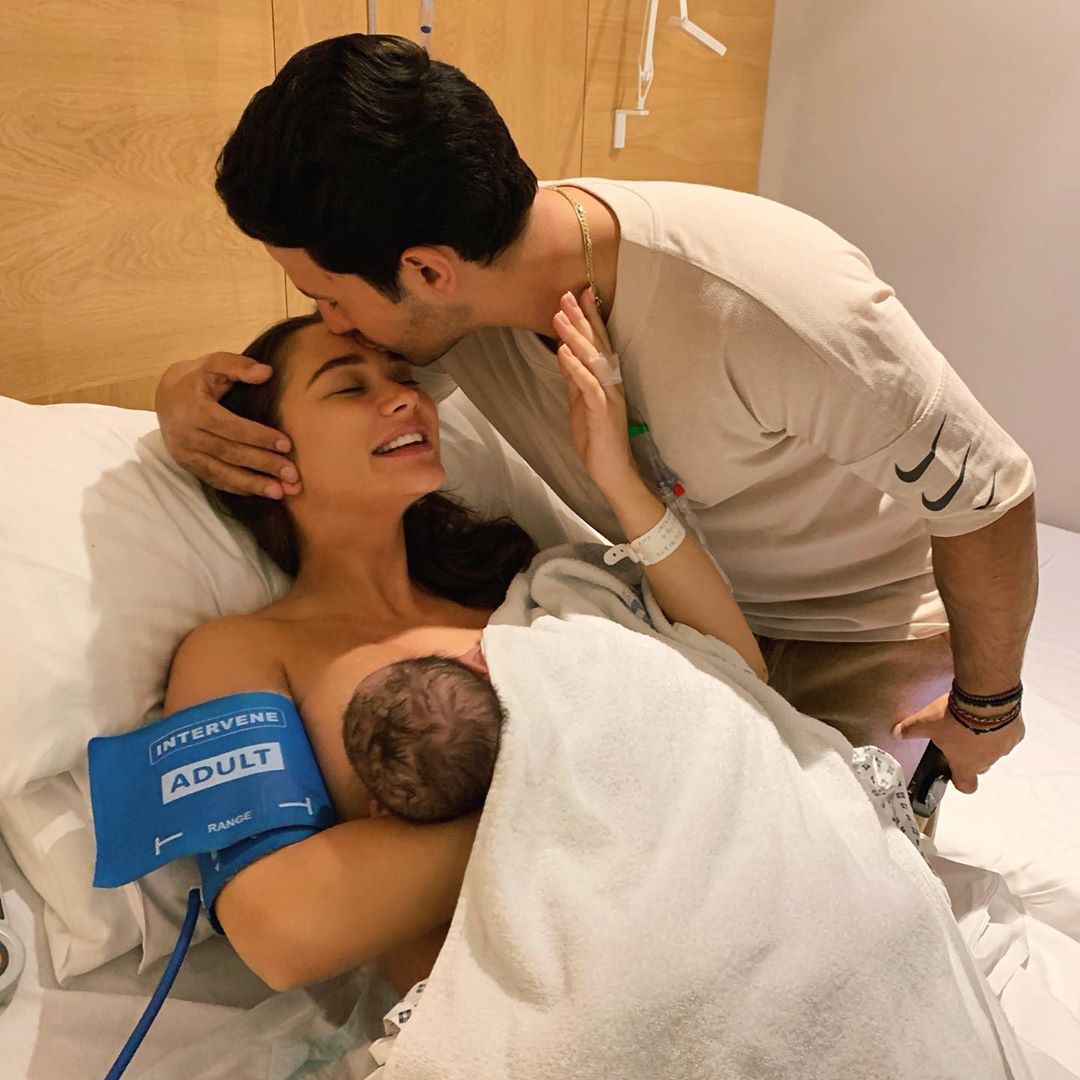 On September 26, 2019, Amy shared yet another picture on Instagram, wherein we can see her twinning with her son. The starlet wore a beige sweater dress with thigh-high black boots and her son donned a beige romper. She captioned it as "My boy and me p.s I think I’m about to turn into a MumBore. Sorry in advance. He’s just too CUTEEE." Take a look at the picture below: 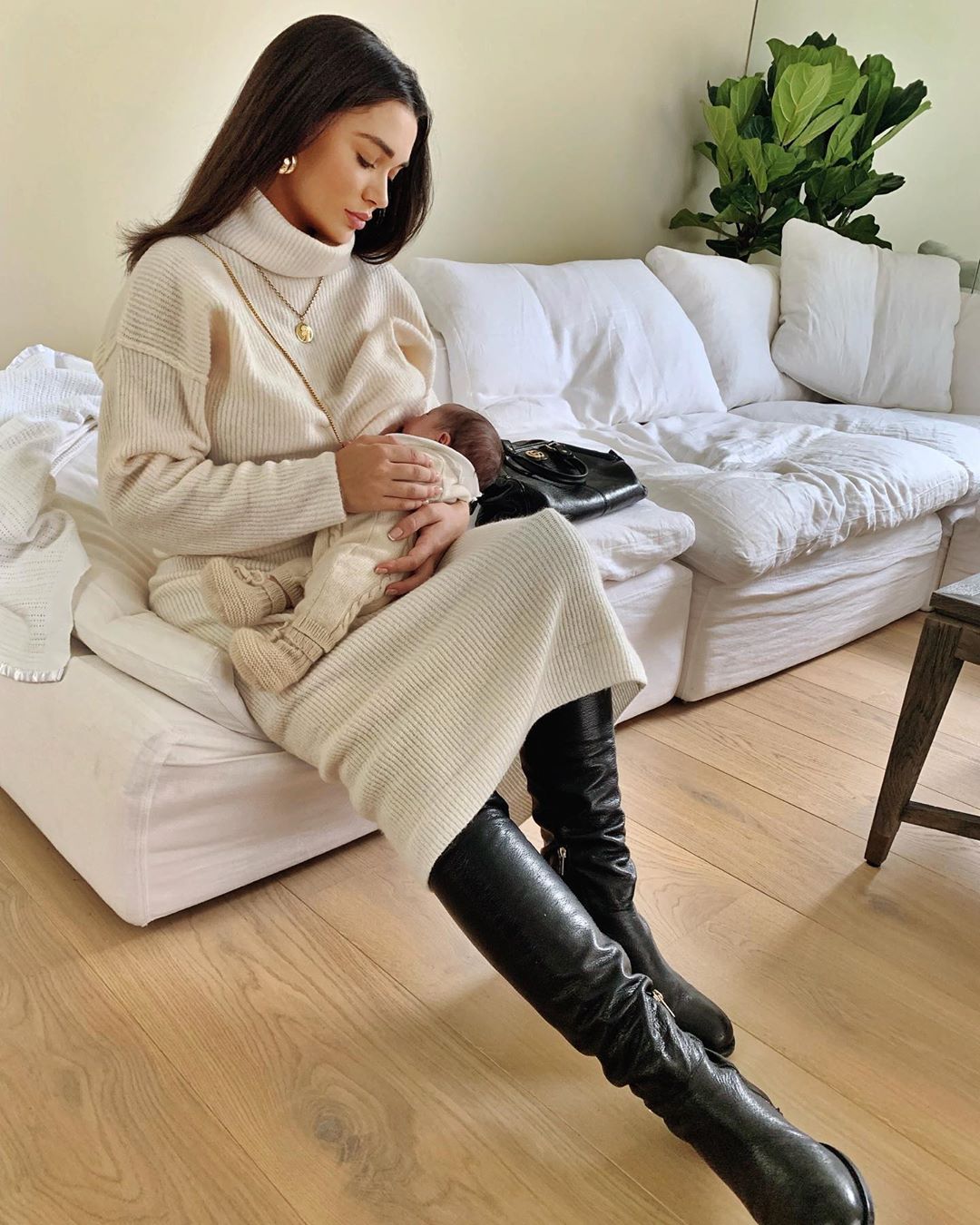 In an interview with Taylor Magazine, Amy had talked about her fiance, and had stated, "George and I have been dating for four years on and off now. On and on, and then off and off. It takes that amount of time to understand a person. Also, make sure you don’t have an ego – that is a huge part. You’re still learning about each other in the first couple of years, but once you do know each other and you’re willing to take that next step with that person because you know them fully, that’s when it’s a real partnership. We still have our little tiffs, which are usually about nonsense but that’s good and it’s healthy. It’s also healthy to talk about these things and have good communication. That is the key to anything." (Also Read: Karisma Kapoor Gives A Jhalak Of Her Being 'Papa's Girl' In A Throwback Picture With Randhir Kapoor) 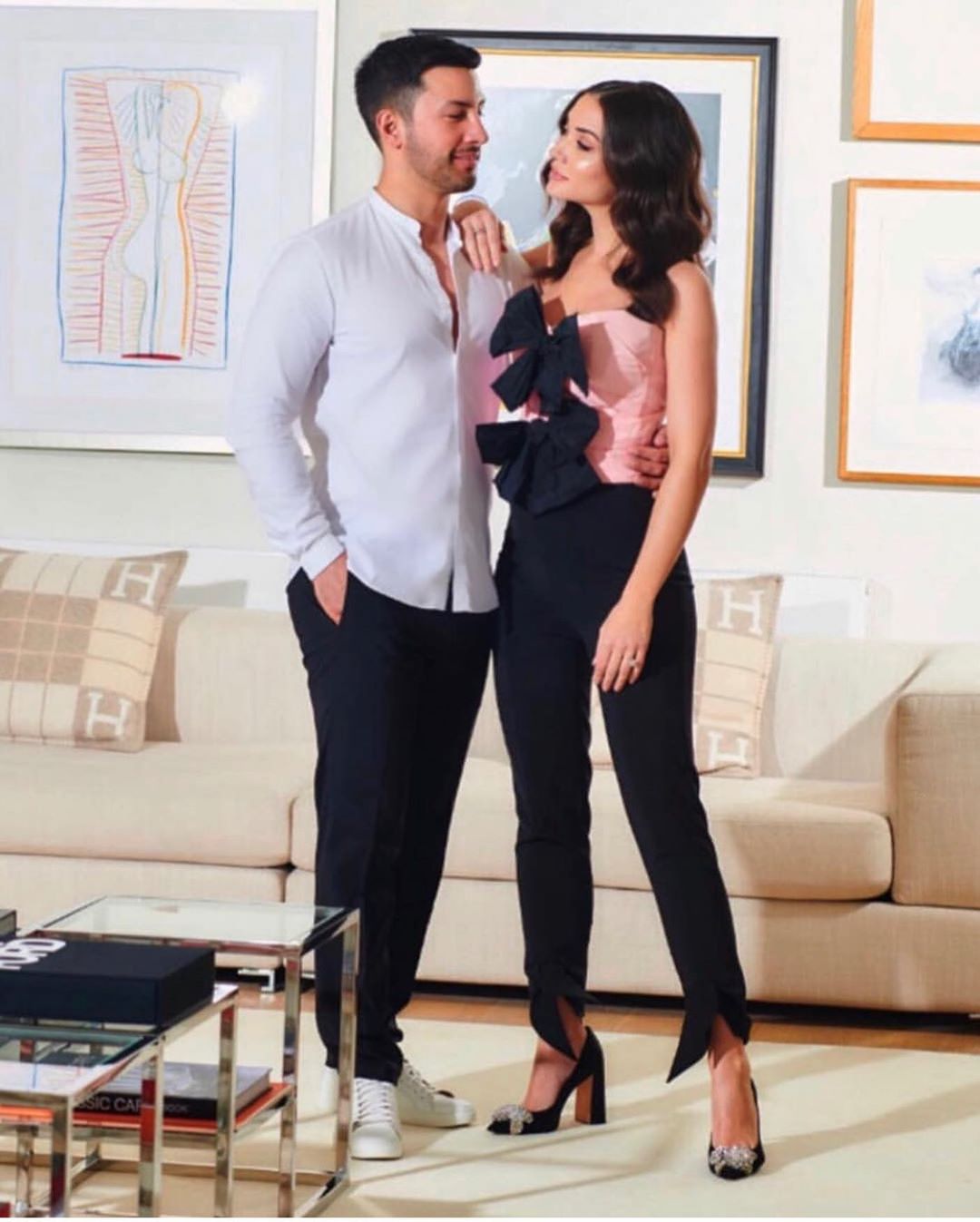 Talking about the wedding planning, Amy had shared, "I started wedding planning five years ago! I was showing George my Pinterest board a couple of weeks ago for the wedding, and he was like, ‘This was pinned in 2016!’ So yes, I’ve been planning this for a while. It’s changed a lot because what you desire changes. Although he’s given me the reigns with the planning side, I still want him to be a part of it!" In an interview with a UK Magazine, the Bollywood diva had revealed that she is totally ready for motherhood. Amy had stated, "We're at that stage where we're definitely ready for it. I don't think you can ever plan something perfectly, but we're in such a good place. We're happy together, we have a beautiful home and we're excited to be a mum and dad." She had further stated that her pregnancy has brought her closer to her fiance, "We know each other pretty well - the good, the bad, the ugly and everything in between. We were inseparable before, but this is a different closeness." (Don't Miss: Mahhi Vij Shares An Adorable Picture Holding Her Little Angel, Tara Jay Bhanushali's Hand)

Well, we totally love Amy's twinning picture with her little one! What about you?