Television fashionista-turned-Bollywood diva, Mouni Roy is making headlines yet again with her love life. Recently, she is rumoured to be dating a Dubai-based banker, Suraj Nambiar. 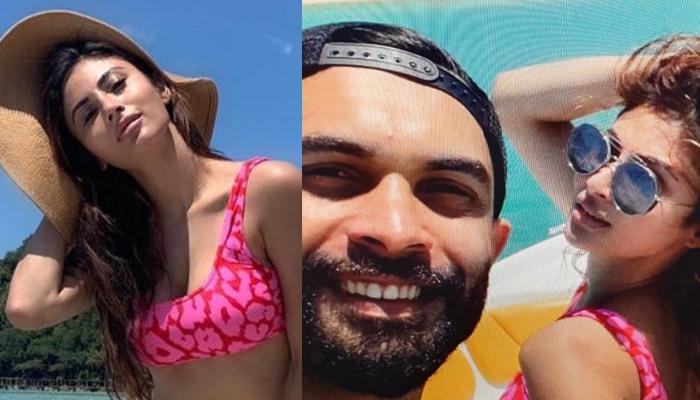 We strongly believe that if you can dream it you can do it and television actress-turned-Bollywood diva, Mouni Roy is a perfect example of it. Her journey from the small screen to the silver screen is a remarkable one. We still remember her acting debut in Kyunki Saas Bhi Kabhi Bahu Thi and her transformation from a shy girl to a fashionmonger. (Recommend Read: Are Rumoured Couple, Rhea Chakraborty And Sushant Singh Rajput Vacationing Together In Paris?)

While Mouni's professional life is going great, her love life is not the same. Earlier, she was in a steady relationship with Gaurav Chopra which ended on a sad note. Later, she was rumoured to be dating her Mahadev co-star, Mohit Raina but they soon parted ways in the year 2018. Now, if reports are to be believed, Mouni has found love again. According to a report by SpotboyE, Mouni is in relationship with Dubai-based banker, Suraj Nambiar. They had found a picture of the duo chilling together posted by Mouni's close friend, Roopali. When the media portal contacted Mouni, she instantly asked her friend to delete it.

The actress declined to be in a relationship and confirmed the same with a text that can be read as "Not true. We are all a bunch of friends and we went together to celebrate my birthday. I am very much single and concentrating only on my work. I am sick of rumours and speculations." And why did she make Roopali delete that picture? "What? Nothing like that happened."

A couple of months ago, in an interview with the Mumbai Mirror, Mouni had talked about being single. She had shared, "People who matter know I’m single and it’s not about the shortage of time because you can compartmentalise your life. But I need to meet the right person, I can’t just pick someone and start dating. At the moment I’m grateful for this window (movies) that has opened in my life. I don’t think I should throw it away by not giving my 100 percent to it." (Also Read: Priyanka Chopra Jonas Reveals Her Plans To Start A Family, Says She Can't Wait To Have A Child) 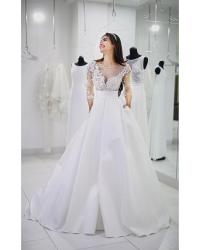 Talking about Mouni's relationship with her rumoured ex-boyfriend, Mohit was all things beautiful. In an interview with The Indian Express, Mohit had talked about Mouni, and had said, “We genuinely have a very strong friendship and utmost respect for each other. We are similar people with similar stories. Mouni and I, both are from non-filmy families and come from really small towns. She has her father’s blessing on her, who is no more and so is the case with me. We also have been working hard and achieving on our own. There’s a lot of factors that have brought us in a different place where we have immense mutual respect towards each other. As for me, I really have a lot of pride for what she is doing in her career and winning laurels for herself. Also, who wouldn’t want his name linked to a film actress, it always works in favour.” 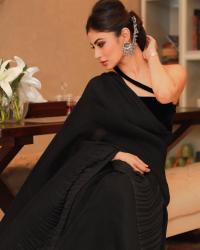 Later, when they broke off, Mouni had denied being his friend. In an interview with the Mumbai Mirror, she had said, "I am single and have been so for a long time. Mohit and I are not even friends." (Don't Miss: Akanksha Puri Reacted On Beau, Paras Chhabra's Claim Of Trying To End Their Relationship Many Times)

Well, we hope Mouni has finally found the man of her dreams!