While thousands of fans flock to the Bachchans' bungalow to catch a glimpse of any of them, very few know about the expensive cars that they possess. Let's take a look!

Amitabh Bachchan, who had made a career in the entertainment industry in the early seventies, hailed from a non-filmy background. His father, Harivansh Rai Bachchan was a famous poet and nobody from his family had ever tried their hands at acting. However, breaking all the shackles, Amitabh Bachchan had started his career in acting and the rest is history. A newbie from Allahabad is now one of the most famous people in India. Not only him, everyone in his family is quite a renowned person today. His actor-turned-politician wife, Jaya Bachchan, son, Abhishek Bachchan and daughter-in-law, Aishwarya Rai Bachchan are all famous names in the industry. 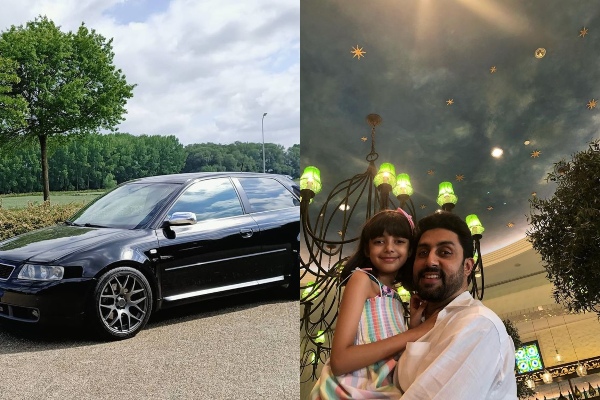 Back in 2012, Aishwarya Rai Bachchan had given birth to a baby girl, Aaradhya Bachchan. It was then that the new father, Abhishek Bachchan had decided to bring home a new car to mark the celebrations of welcoming a new member in the family. The Bachchans went on to bring home an Audi A8L, which was one of the top models in the range at that time. The car was among the longest and widest in its category. It was also among the most luxuriously appointed cars back then and came with all the bells and whistles befitting the modern-day people, who loved to waft around in absolute luxury. Aishwarya Rai Bachchan had married into a family of auto-enthusiasts and the A8L was a befitting addition to the clan with a cost of Rs.1.58 crores and Abhishek is often seen driving that car.

Also Read: When Kareena Kapoor Khan Revealed The Most Expensive Thing She Owns And What She Can't Stop Buy 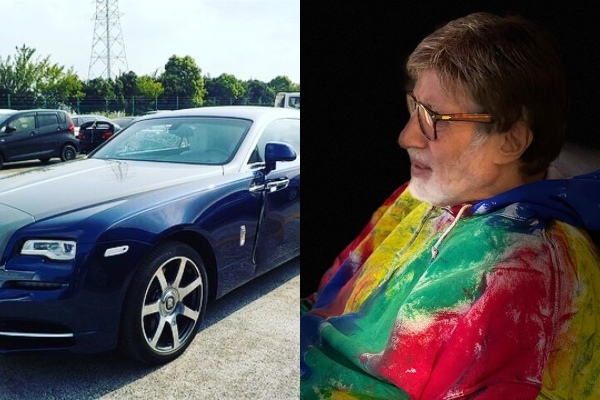 Speaking of big engines and power, Big B owns a Rolls Royce Phantom powered by a 6.75 litre V12 making 453hp. Just like Mukesh Ambani, Amitabh Bachchan also possesses a Rolls Royce Phantom. According to Financial Express, the car was gifted to him by filmmaker, Vidhu Vinod Chopra, after the two had worked together in the 2007 Eklavya: The Royal Guard. Considered as an epitome of luxury cars around the world, the Phantom was priced at Rs. 3.5 crores in India.

3. A common favourite of most actors and businessmen, Range Rover Vogue 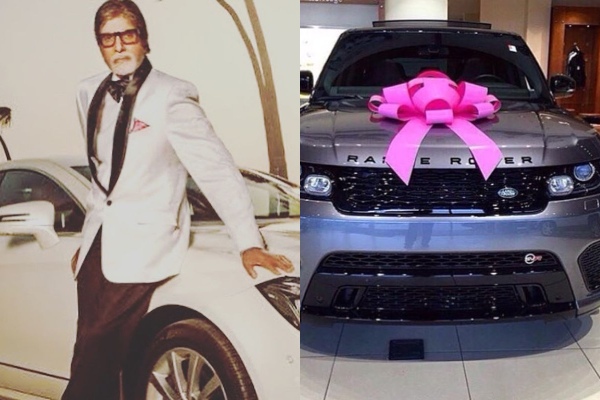 Bollywood celebrities and luxury cars go hand-in-hand. Many Bollywood actors have an impressive collection of cars that can put any car enthusiast to jealousy and Amitabh Bachchan is amongst such lucky ones. Amitabh Bachchan also possesses the Range Rover Vogue, which had cost him around Rs.2.26 crores. It is a common favourite car of most Bollywood actors and Indian businessmen. Apart from Big B, the other celebrities, who own this same model of SUV are Alia Bhatt, Ranbir Kapoor and Tiger Shroff.

Read More: Amitabh Bachchan And Jaya Bhaduri's Love Story, From His Linkup With Rekha To Their 48 Married Years 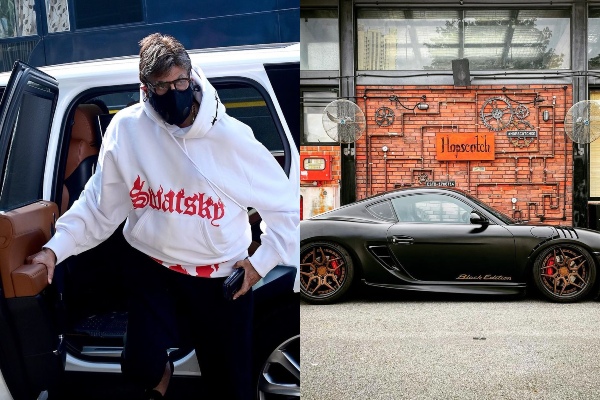 The high-performance sports car by the German maker, Porsche Cayman S sits inside the Bachchan family's garage. The sports car is known for its brilliant handling and performance and comes either with a 6-speed manual or a 7-speed PDK automatic gearbox. It is one of the older generation cars that still use a flat-six engine instead of the current turbo flat fours that sound like one powering hatchback. The easily recognisable shape of the Cayman makes it popular around the world and it is known for its high-performance output too. It comes at a cost of Rs. 92.28 lakhs. Though it is not known about which variant is owned by Amitabh Bachchan, it is most likely to be the automatic one. Aishwarya Rai Bachchan's regular ride is a new generation S-Class. The white colour S500 owned by the actress is the top variant powered by a 4.7-litre V8 petrol engine that gives a power of 453Bhp and 700Nm of peak torque, per Cartoq. The former Miss World has two luxurious sedans in her garage - Audi A8L and Mercedes Benz S500. Both these German limos offer a high performance and luxury. Her silver S500 would have cost her around Rs 1.4 crores. The beautiful actress can also be often seen in Sr. Bachchan's Bentley Continental sedan. 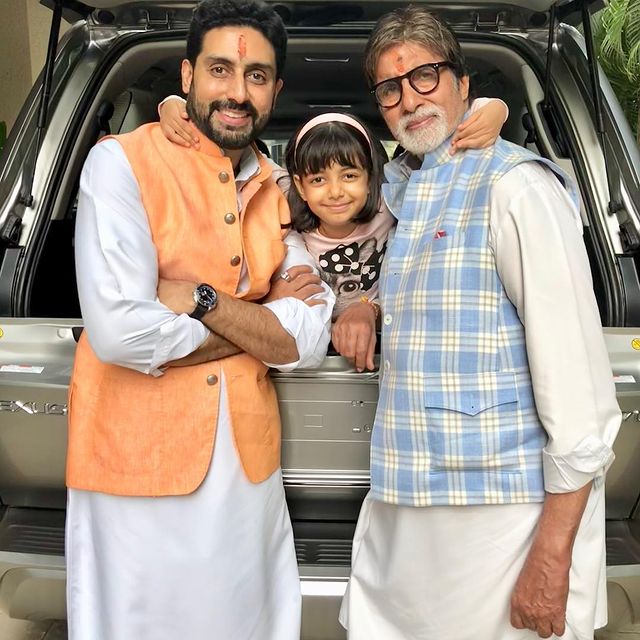 The car is a quintessential grand caravan gifted to the Bachchans by politician, Amar Singh. Both Amitabh Bachchan and Abhishek Bachchan own and drive the Bentley Continental GT. The car is sold in four variants and the one possessed by Senior Bachchan is a British grand tourer beauty powered by a new 6.0litre W12 engine, an 8-speed dual-clutch transmission, for smooth, fast and efficient gear changes. The car can sprint from 0 to 60mph in 3.6 seconds. The cost of the car ranges from Rs 3.29 crores to Rs 4.04 crores. 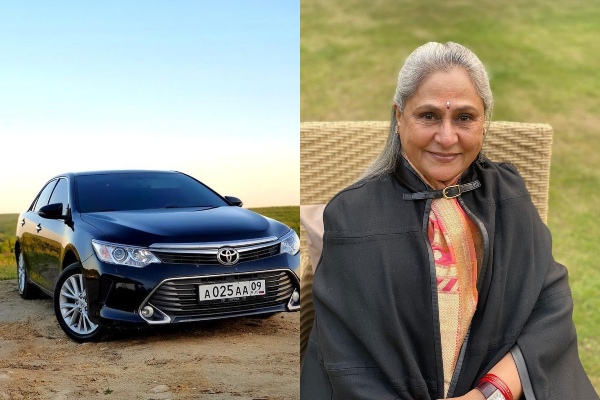 It would be an understatement to say that the Bachchan family has one of the most exotic and prolific car garages in Bollywood. With no less than four actors in a single family, high-end cars are a part and parcel of their glitzy, showbiz powered lifestyle. The Toyota Camry, that is one of the most prized possessions of the Bachchan family, is used by Amitabh Bachchan's wife and actress, Jaya Bachchan. She travels to the Rajya Sabha meetings in this car, whenever she is in Delhi. The luxury car provides three-zone climate control, ventilated front seats, cruise control, wireless charger and rain-sensing wipers and it comes at a cost of Rs 40.59 lakhs. Aaradhya Bachchan had got the Mini Cooper S as her first birthday gift before she had turned one. Aaradhya is definitely a lucky baby. She might grow up to be a car fan looking at the amazing collections of the Bachchan family. The Mini Cooper S, which is priced at around Rs 35 lakhs, is a sporty version of the Cooper. It is powered by a 1.6-litre petrol engine that is capable of generating a peak power of 184bhp and maximum torque of 240Nm.

Don't you think that the Bachchan family has some really classy and amazing collection of cars that are parked at their residence? Do let us know! Bollywood actor, Abhishek Bachchan is the son of legendary actor, Amitabh Bachchan, and his wife, Jaya Bachchan. Abhishek is married to the gorgeous actress, Aishwarya Rai, and the couple is blessed with an adorable daughter, Aaradhya Bachchan. Time and again, we have seen this beautiful family praising each other and