Kareena Kapoor Khan was the showstopper for the designer duo Gauri & Nainika and prior to the finale of the Lakmé Fashion Week 2019, she had revealed some secrets about herself. 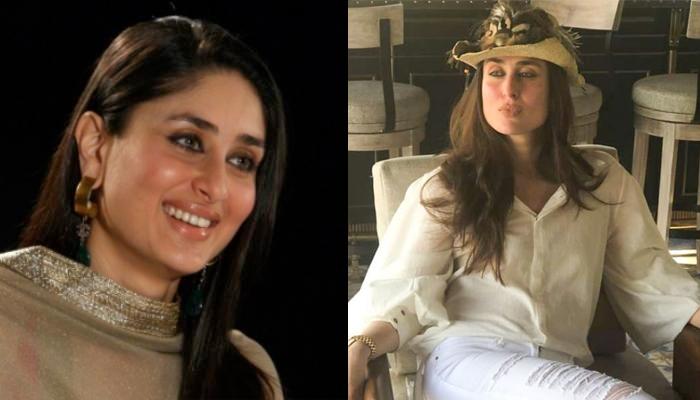 'I don't want to go shopping as I don't need anything right now' said no girl ever. With the advent of online shopping, every girl browses through e-commerce websites for coolest deals on her favourite products and traveling not only means exploring a new place but shopping too, which comes as a cherry on top! While this is a story of every girl, do you know how the most successful actress of B-town, Kareena Kapoor Khan is when it comes to shopping? (Also Read: Kareena Kapoor Khan's Tan Hermes Bag's Cost Will Make You Calculate Your Entire Lifetime's Salary)

During the 2020 lockdown, we have seen Kareena Kapoor Khan in a de-glam avatar and her love for kaftans at home. We love how Bebo makes simplicity and de-glam avatar look so mesmerising. Admit it or not, we have envied the gorgeous and bloomy skin of Kareena and always wanted to know the secret behind her beauty. And guess what? A few days back, Kareena had posted a GIF of herself, flaunting her face pack and revealing her summer essentials. Bebo had captioned her #HotMess as “Summer essentials: Messy bun, Kaftan and homemade masks PS: Thank you @nishsareen for the best face pack ever #HotMess #HomemadeMasks #KaftanSeries.” Here's a screenshot of the same:

Kareena Kapoor Khan was the showstopper for the designer duo Gauri & Nainika and prior to the finale of the Lakmé Fashion Week 2019, she had revealed some secrets about herself in an interview with iDiva. When asked, "Has THE Kareena Kapoor Khan ever been excited about a sale?" Bebo had retorted, "Of course, I have! I’ve shopped for stuff during sales… I also shop from sales… why not? But I’m an extremely impulsive, temperamental, and moody shopper. So it’s like, sometimes, I won’t shop at all for a long, long, time… like when I’m on a holiday or taking a break… and then suddenly one day, I’ll go on a rampage and say, ‘Okay, now I’m buying that’ from anywhere… it’s not like I seek out sales, but if something I like is on discount, I’ll pick it up… when I feel like shopping, I’ll shop from anywhere… it doesn't matter." 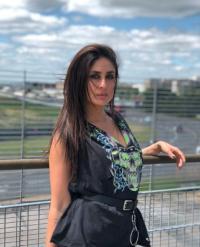 Now that we have seen the de-glam avatar of Kareena Kapoor Khan, who loves her kaftan and messy bun, back then when she was asked how she is off-screen, Bebo had replied, "Not very glam... not even a little bit, actually. I’m more about comfort… I like to keep it as casual as possible, the way you see me around. I’m not very into looks, for me, it’s more about feeling good. It’s more about how I’m feeling at the moment and of course, what an occasion might demand. I’m a moody dresser, I don’t follow any trends as such. I wear what I want to wear, which will be according to where I’m going or what I’m doing." (Also Read: Saif Ali Khan's Collection Of Ridiculously Expensive Watches; Worth Rs 3.3 Crore) 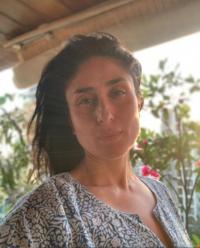 Revealing what is the most expensive thing that she owns, Kareena Kapoor Khan had said, "Umm.. I’m a watch girl, I love watches and I have so many of them. The most expensive thing I own has got to be one of my watches!" When asked what is that one thing that she just can't stop buying, Kareena had replied, "I just can’t stop buying shower gels! I’ve always bought lots of shower gels… I’m really obsessed with them! I have 40 of them lying in my bathroom right now." 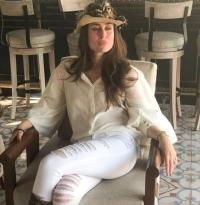 Kareena Kapoor had married the love of her life, Saif Ali Khan in 2012 and her wedding outfit was designed by the ace fashion designer, Manish Malhotra. In an interview back then, Manish had said that Kareena was his 'favourite bride' as she was 'super chilled out' on her wedding day. Reacting to this, Kareena had commented, "Ya, I really was… because I think that day was more about celebrating love and family and Saif and my relationship. What you wear may be important, but like I said, it’s more about what you feel than how you’re looking. I wanted to just feel comfortable with my friends and family around, and not stress about my clothes or my makeup."

Kareena Kapoor Khan and Saif Ali Khan had embraced parenthood in 2016 with the arrival of their little prince, Taimur Ali Khan. In no time, Taimur became a sweetheart of the nation and surprised the stardom and love of his star Pataudi and Kapoor family. In an interview with Miss Malini, Kareena was asked about the sensation she has given birth to and the adorable outfits he wears. Revealing if she shops for him or not, Bebo had said, “Well ya, I shop at Zara, H&M and Adidas. I mean I don’t believe in getting my son Gucci or Prada. I am very sorry. He doesn’t earn his own money. His parents work really hard to buy his outfits and you know, my parents never gave me branded clothes till I made my own money. I think both Saif and I are like that. He can do and wear what he likes but for now, he is wearing what his parents get for him – which is simple clothes. I don’t know why it’s becoming a fashion statement because I think it’s just normal track pants and t-shirts and that’s the way he is going to be.” (Also Read: Once Kareena Wore Bikini In Front Of Sharmila On A Vacation; This Is How Her 'Sasu Ma' Reacted!) No one can beat the fashion sense of the Pataudi and Kapoor clan. Don't you agree?