Nazar Star Monalisa's Cake-Smeared Face With Hubby, Vikrant On Her Birthday Proves She Had A Blast

Nazar Star Monalisa's Cake-Smeared Face With Hubby, Vikrant On Her Birthday Proves She Had A Blast

Monalisa and Vikrant had gotten married inside the 'Bigg Boss 10' house. Monalisa celebrated her 37th birthday with her hubby. He posted an adorable wish for her.

While Bigg Boss generally invites stars to grace the sets with their fights, incessant conversations, love and sometimes ‘marriage’ too, the show at times proves to be just the right amount of ‘much-needed’ boost for a particular celeb. Speaking of which reminds us of the already famous Monalisa, who attained a whole new level of stardom post her Bigg Boss 10 entry. Apart from her tactful game-playing, Monalisa’s wedding with longtime beau, Vikrant inside the Bigg Boss house made it one of the most successful seasons till date. (Do Read: Shilpa Shetty And Raj Kundra Head To Japan To Celebrate, Completes Ten Years Of Marital Bliss)

It was on the sets of Bigg Boss 10 when Monalisa’s boyfriend, Vikrant had a dreamy proposal planned for her and she had said a big ‘yes’! On the evening of January 19, 2017, the world was a witness to Monalisa and Vikrant’s marriage as they tied the knot in the presence of a pandit ji, co-contestants and the people sitting behind the TV screens. Decked as a bride in a red and golden lehenga, jewellery and heavy makeup, the pictures from Monalisa and Vikrant’s Bigg Boss wedding was such a treat! 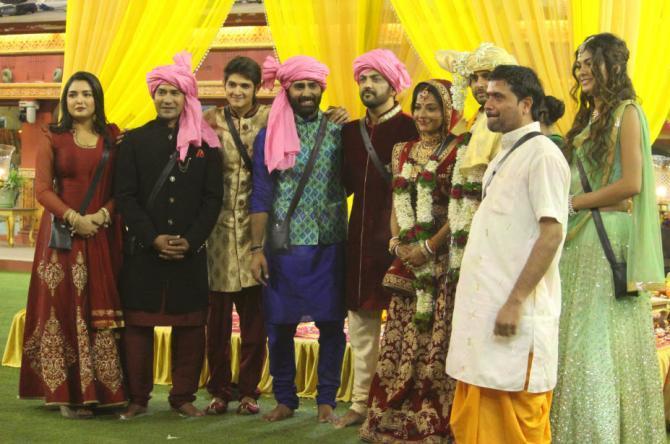 Many people had labelled Monalisa and Vikrant’s wedding as a mere TRP stunt. But as they say, actions speak louder than words, the duo is all set to celebrate their third wedding anniversary soon and is going strong with their bond. Monalisa recently celebrated her 37th birthday and her hubby, Vikrant posted beautiful pictures from the celebrations with a heartfelt wish. The same could be read as “Happy Birthday My Puloo @aslimonalisa Bus kisi ki NAZAR na lage.” See how happy she looks with a cake-smeared face! Also, check out a video from her birthday celebrations: 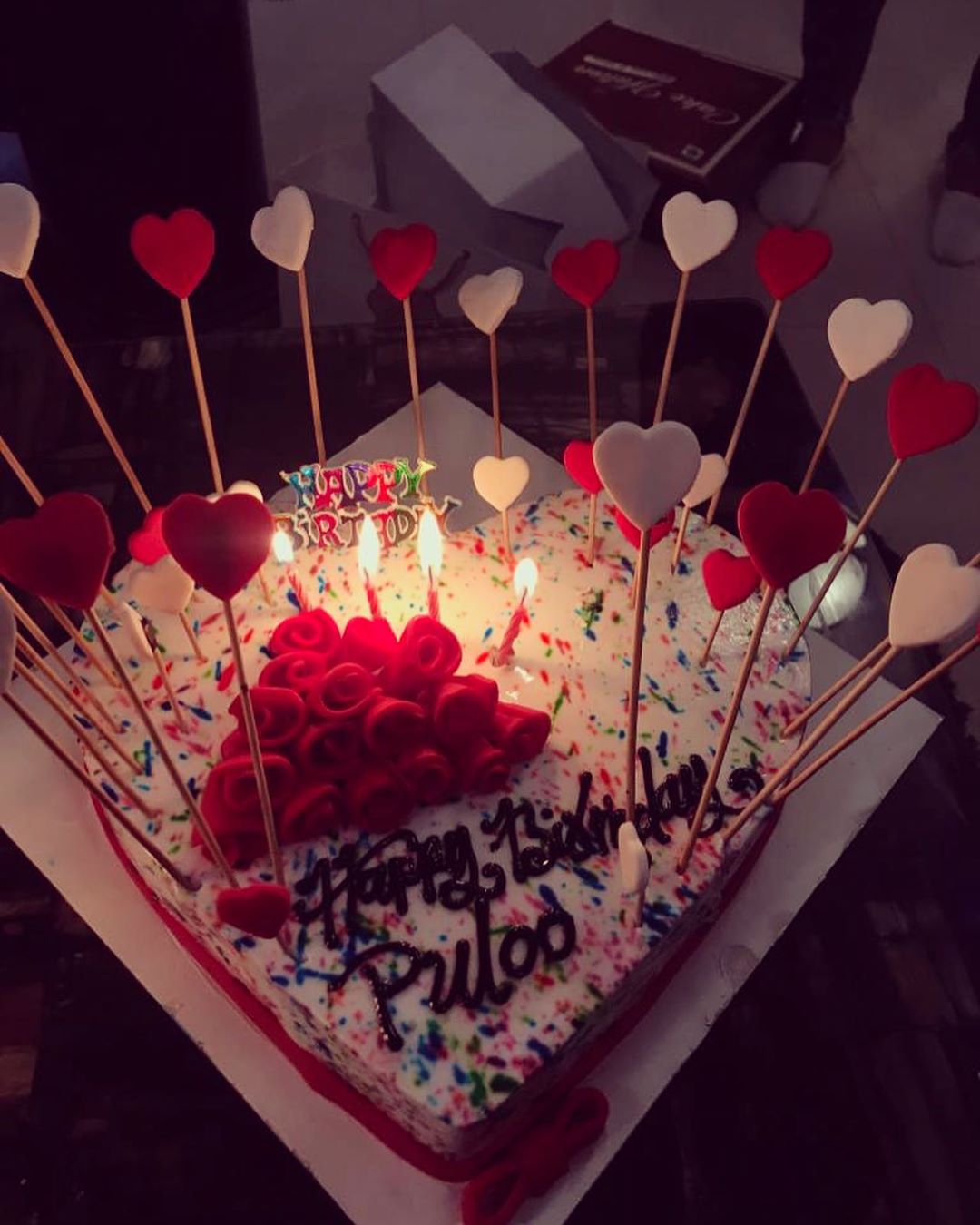 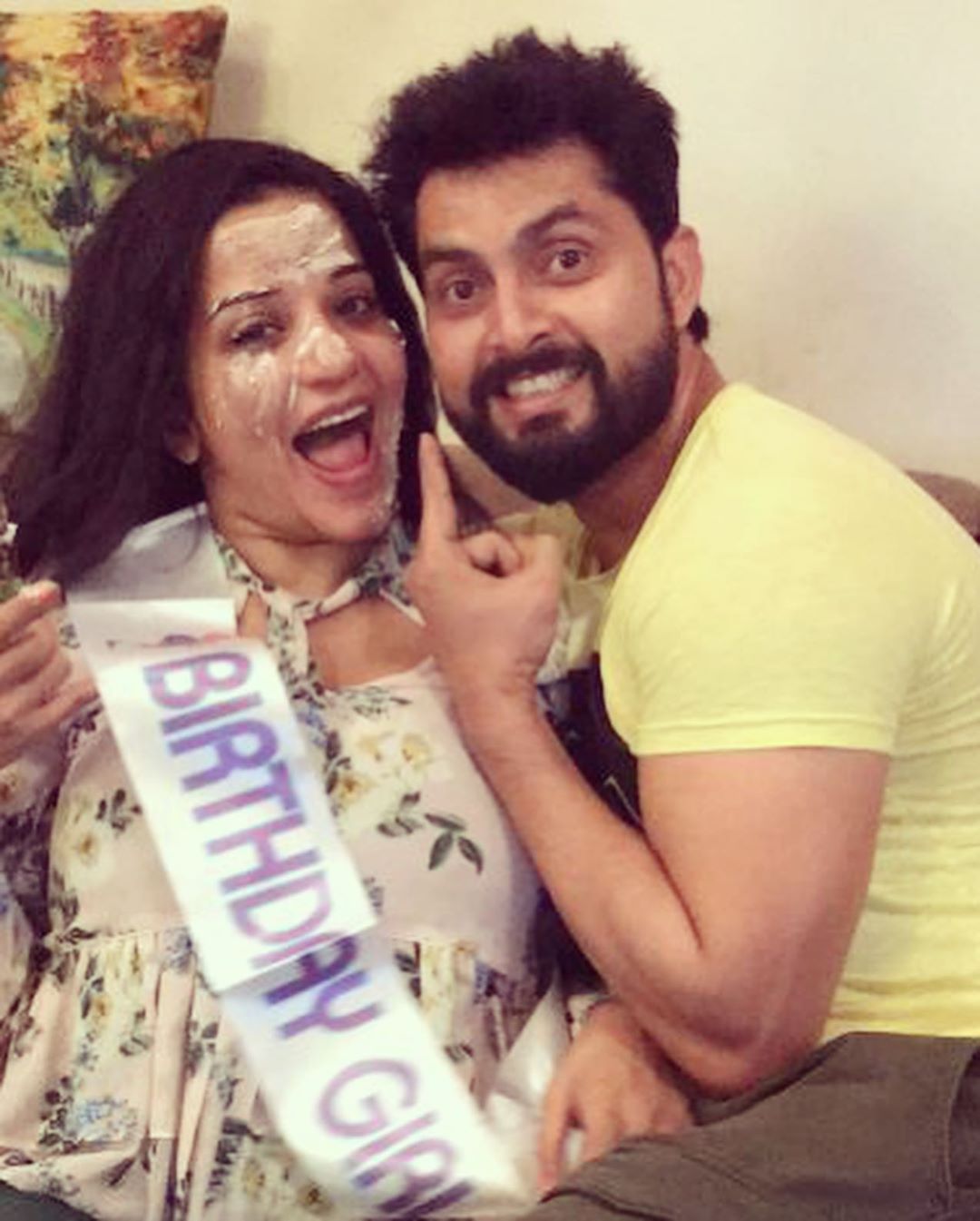 Monalisa and Vikrant recently celebrated Karwa Chauth 2019 together. Donning a yellow saree, golden jewellery, yellow nail paint, red lips, sindoor-smeared forehead, Monalisa was a sheer treat to the eyes! Her hubby, Vikrant had looked dapper in a red kurta as he held her from her shoulders. Sharing the picture, Monalisa had captioned it as “Happy Karwa Chauth." (Must Read: Vikrant Massey And His Ladylove, Sheetal Thakur Are Rokafied, All Set To Get Engaged Soon?) 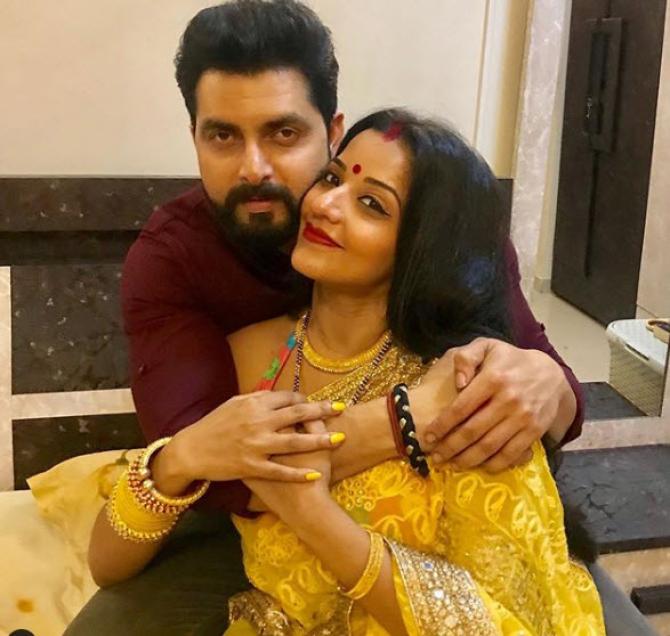 In an interview with Rediff.com, Monalisa had bared it all out about people deeming her and Vikrant’s marriage as fake, her love life and her wedding. When asked for clarification about a rumour that she and Vikrant were paid a whopping amount of Rs 50 lakh to get married, the actress had quipped, “Vikrant and I have been planning to get married for a long time but some reason, it didn't fall into place. Even our family members were keen that we get married. The way I got married on the show was a big surprise for me too. Vikrant consulted my parents and then decided to propose to me on the show. For any girl, marriage is a big thing and it's a special day. I can never think of faking it for the show. It hurts when people say things like the wedding was scripted or done for TRPs. If I didn't get married on the show, I would have gotten married after four-five months anyway. I am happy to have got married on a TV show with the entire nation witnessing it." 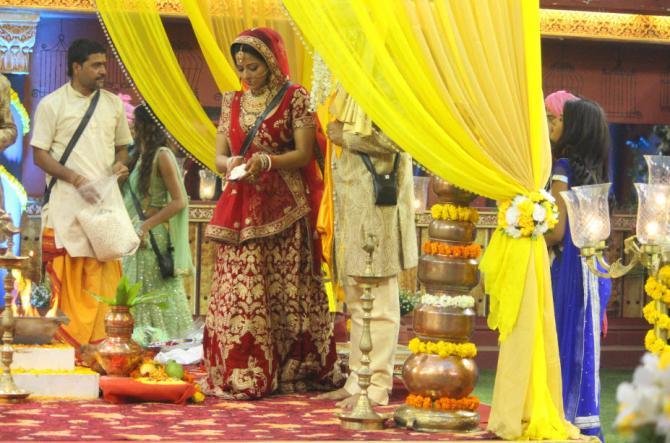 Monalisa had also thrown light on her relationship and how love had blossomed between the duo. She had shared in the same interview, “We are in a serious relationship for the past last eight years. We fell in love with each other during a Bhojpuri film in 2008. Since then, we have been living like husband and wife. The only difference was that I was not wearing a mangalsutra and sindoor before. If we had to end our relationship, it would have happened by now." (Also Read: Anil Kapoor Reveals One Change He Noticed In His Gorgeous Daughter, Sonam Kapoor After Marriage) Monalisa’s close-camaraderie with co-contestant, Manu Punjabi inside the Bigg Boss 10 house was widely discussed by many. It had even led to doubts and suspects in the mind of her beau, Vikrant. Speaking about the same in the interaction with Rediff, Monalisa had revealed, “I felt bad when I learnt that he suspected me. Now he tells me that when I watch the show, I will understand why he felt that. I am an actor and go for long outdoor shoots. I do romantic songs and scenes. I hang out with my co-stars. I wasn't questioned then, so there was no question of Manu and me getting attracted to each other.” 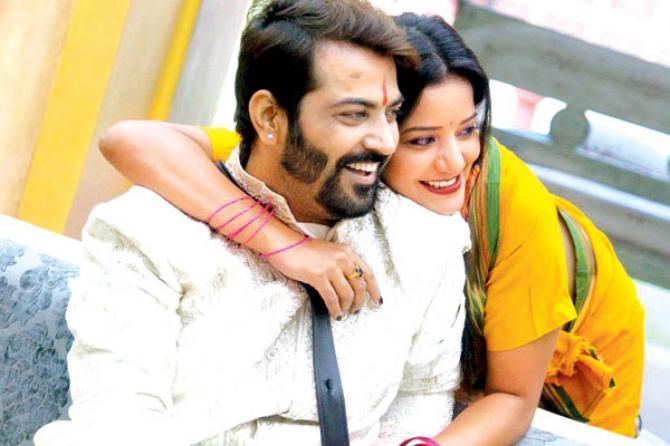