Shilpa Shetty Kundra and Raj Kundra are the most loved couple of Bollywood. On November 22, 2019, the lovely couple has completed ten years of marital bliss and head to Japan to celebrate.

Love is a supreme source of any relationship. The foundation of any relationship is based on love and no matter how many ups and downs one faces in a relationship, love can surpass all. In a world full of uncertain relationships and benefit of doubts at every point, there are very few chances of sustenance of love. Shilpa Shetty Kundra and Raj Kundra are a perfect example of a happily married couple, who have restored our faith in love. (Also Read: This Curvy Bride Wore A Stunning Red Sabyasachi Polka-Dotted Lehenga For Her Day Wedding)

Bollywood diva, Shilpa Shetty has redefined the entire meaning of fitness with the dedication towards her workouts. From her regular yoga, pilates, cardio etc, the actress is giving major fitness goals to the millennials. At the age of 44, the gorgeous actress doesn’t look a day older than 20. Shilpa is married to businessman, Raj Kundra and their love story is not less than any fairytale. What started as a business meeting turned into something more precious. We will come to their love story later, but first things first. 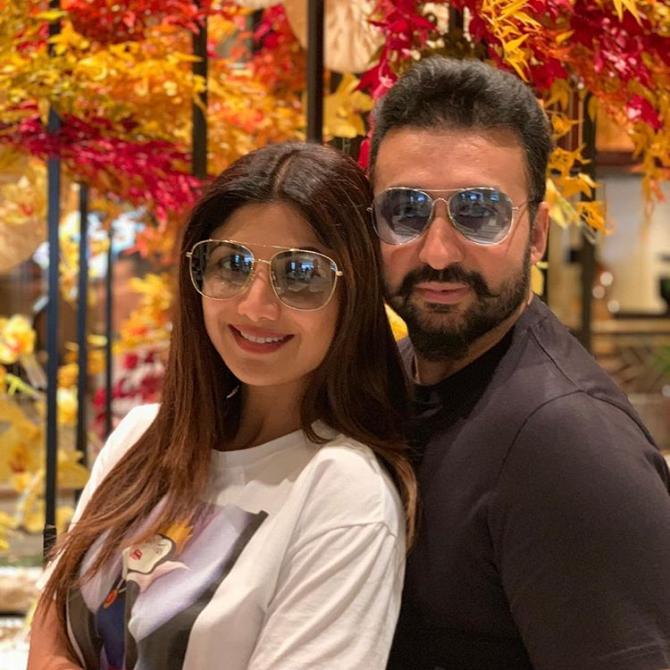 Today on November 22, 2019, the two had completed ten years of marital bliss and this year the couple had planned to keep their anniversary a private affair rather than a grand party. Shilpa, who has been busy with her professional commitments, has taken a break to celebrate her special day with the love of her life and the couple had planned a three day trip to Japan to celebrate their anniversary. 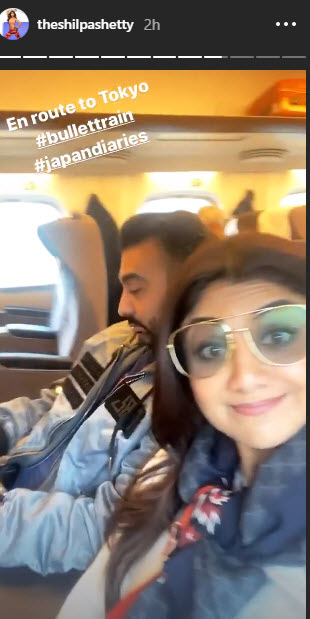 According to Shilpa, their trip to Japan was Raj’s idea. According to a report of The Times of India, Shilpa revealed her anniversary plans and said, “Our journey so far has been beautiful and I have loved every part of it. These 10 years have definitely been very memorable and while a decade is a milestone for any marriage, I wanted a break from work and keep the celebrations modest. A trip to Japan was Raj’s idea.” (Also Read: Charu Asopa Sen Shares Pictures From Her Brother's Pre Wedding Ceremonies, She Looks Like A Vision) 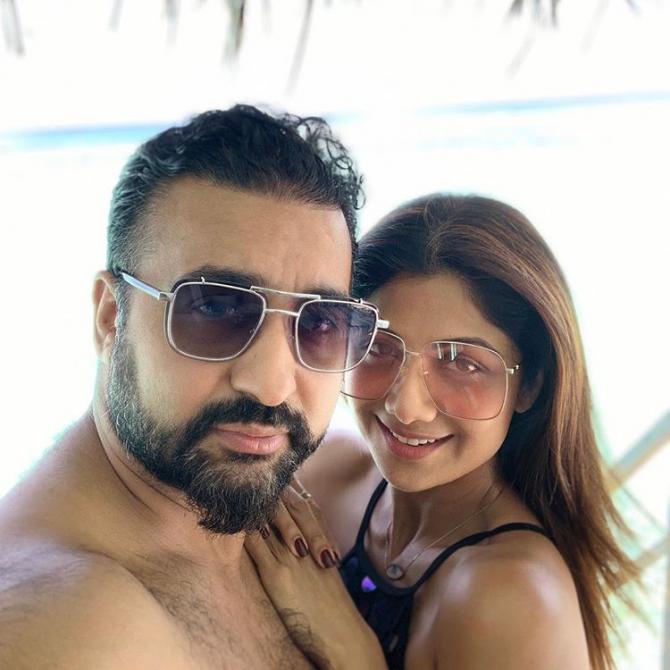 Coming back to their love story, Shilpa had met Raj for a business meeting where she was promoting a perfume brand and Raj was helping her with the promotions. With time, the two were seen spending a lot of time together which gave fodder to rumour mills and speculations about their love. Raj was a married man before he had met Shilpa. Raj’s earlier marriage to Kavita turned out to be ugly in the love story of Raj and Shilpa and after all the allegations and blame game, the much-in-love couple had decided to tie the knot on November 22, 2009. The two are one of the most sought after couples of the glamour world and are proud parents of a son, Viaan Raj Kundra. 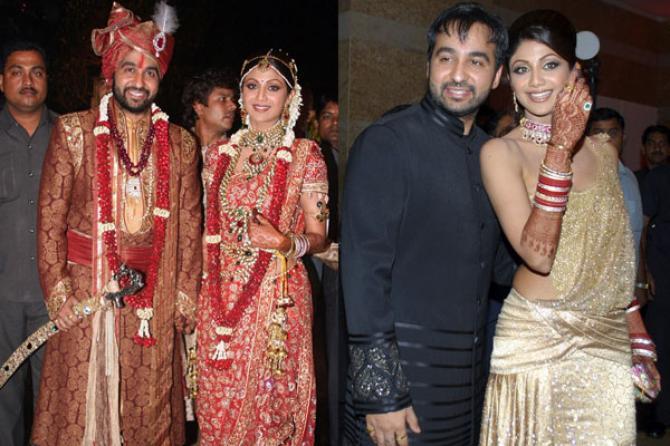 In a throwback interview with The Times of India, Shilpa had talked about her equation with Raj and how he is a doting daddy to their son, Viaan Raj Kundra. She had said, “I met Raj at a time in my life where I was riding this wave with the Big Brother success. He lived in London with his parents who had told him about me, ‘Yeh Shilpa Shetty aayee hai aur usne Indians ka naam ooncha kiya hai.’ He came to my hotel and the first thing was that he came and touched my mother’s feet even though he was a Londoner. And that sums up the person he is. He is very respectful and treats my parents like his.” 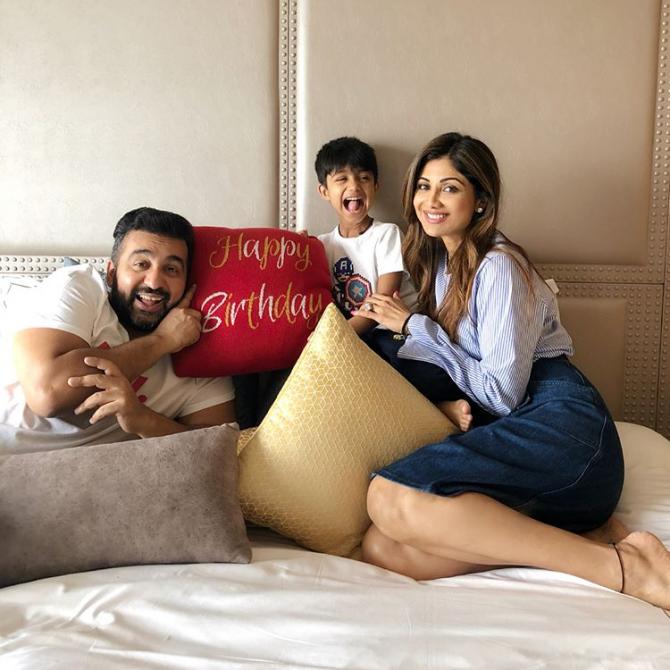 She had further revealed, “He is also an excellent son and I had thought, great husband, but he surpassed that with Viaan. I may do everything for Viaan, right from cleaning his potty to singing nursery rhymes, but the moment Raj will walk in, his focus shifts to him. Raj is a hands-on father and is happy to take him to the mandir alone or take a day off to be with him, if I am working. What I love most about Raj is that he is self-made and very hard-working and humble despite all that he has achieved at just 38. He is real and what you see is what you get and he has a great sense of humour. Because he is self-made, he says ‘even if I lose everything, I will make it back’ and doesn’t get attached to anything. I am happy I married a man I respected. Bluntly put, anyone who felt that it was a good catch for me, would change their mind if they met him.” (Also Read: Anil Kapoor Reveals One Change He Noticed In His Gorgeous Daughter, Sonam Kapoor After Marriage) 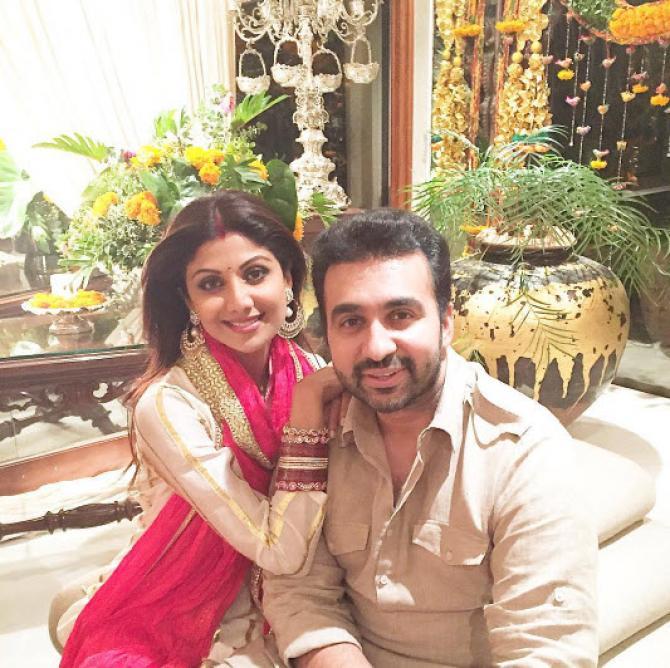 We wish both Shilpa and Raj, a very happy anniversary! The past few months were very difficult for Bollywood actress, Shilpa Shetty Kundra and her businessman-husband, Raj Kundra as the latter had involved his name in the production of pornographic films. While there were reports in the media that Shilpa might separate from her husband, the actress did not let