Mommy-To-Be, Alia Bhatt's Baby Shower Organized By Soni-Neetu To Have A Vegan-Menu And Unique Decor

We got to know that Alia Bhatt's baby shower, which Soni Razdan and Neetu Kapoor will host for her, will have an unique decor and a vegan-themed menu including burgers, etc., and many more. Check out!

One of the most trending couples in Bollywood, Alia Bhatt and Ranbir Kapoor are all set to embrace parenthood for the first time in their lives. For the unversed, they tied the knot in April 2022, and within two months into their wedding, on June 27, 2022, the couple announced Alia's pregnancy. Since then, the gorgeousness has been setting pure goals for all the pregnant ladies out there with her dedication to her work and beautiful maternity clothes.

Reportedly, as Alia Bhatt has entered the final leg of the third trimester of her pregnancy, the soon-to-be nani, Soni Razdan and dadi, Neetu Kapoor are planning to host an 'all girls' baby shower for her. As per reports, Alia's baby shower's date hasn't been finalised, and probably it would be organised at the end of September or early October 2022. The guest list for Alia’s baby shower has also been finalised, which includes Alia’s sister, Shaheen Bhatt, Ranbir's sisters, Kareena Kapoor Khan, Karisma Kapoor, Shweta Bachchan, her daughter, Navya Naveli Nanda, Alia's BFFs, Akansha Ranjan, Anushka Ranjan, Aarti Shetty and some other childhood friends. Now, we got to know that Alia Bhatt's baby shower will have an unique decor, a vegan-themed menu and many more. As per a report in IndiaToday.in, Alia's baby shower would have a special mention of veg-burgers and many such items like sushi station as these were also present in Alia-Ranbir's wedding. For the unversed, the gorgeousness has turned vegan in 2020. Talking about her baby shower, the decor would feature cute pictures from her and Ranbir's childhood, and this proves their unique way of celebrating any event. Earlier, in an interview with Prabhat Khabar, Alia Bhatt had opened up about the pregnancy pampering she has been receiving from her family and her husband, Ranbir Kapoor. The mommy-to-be shared how Ranbir was taking good care of her during her pregnancy. Further, she added that even though he does many things to make her feel special, he doesn't message her feet. In her words:

“He has always takes good care of me. Now, he is even more careful. If you want to ask whether he massages my feet, he does not. But he does many things to make me feel special. Now, he does more of that.” 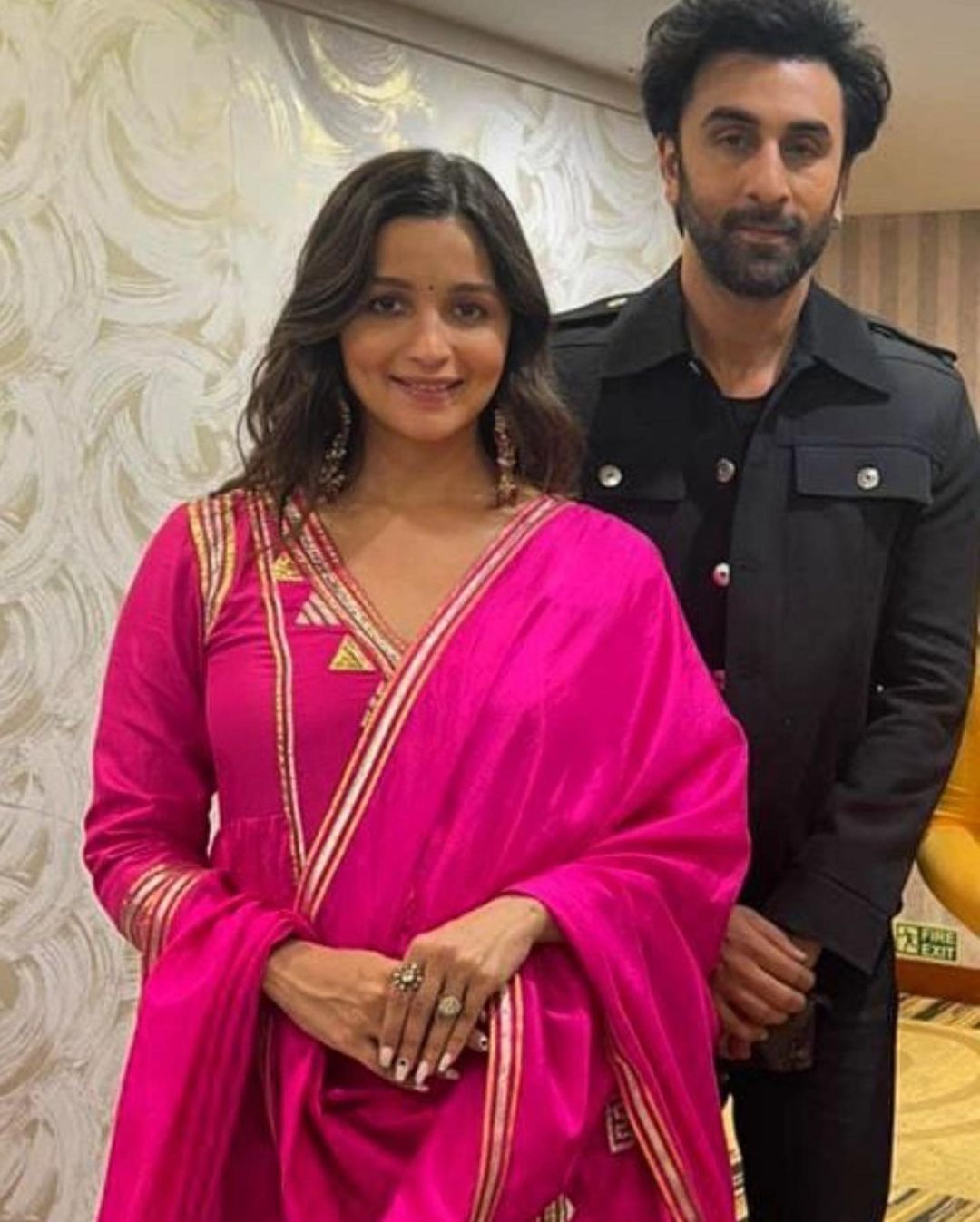 Not only this, on September 7, 2022, Alia was spotted along with Ranbir exiting the Mumbai airport as they had returned to the city from their Ujjain trip. However, when the paparazzi requested them to pose, Ranbir informed them that his pregnant wife has back pain. Check it out:

Well, we are excited to know more about Alia's upcoming baby shower event. What about you? Let us know!