Mira Rajput Kapoor's 28th Birthday, She Is A Total Cutie In These Childhood To Motherhood Pictures

Amidst the pool of celebrity couples on social media, who show off their love in every cute way possible, we have Shahid Kapoor and Mira Rajput effortlessly being the stunning lovebirds in B-town. When he shares sneak peeks of his wifey, the cutesy videos make us go gaga over them and resinate our belief in love. Today, the star wife is celebrating her 28th birthday, and her sister is missing her the most.

It was on July 7, 2015, when the actor had introduced his then-bride to the world in the sweetest manner. Dressed in an Anamika Khanna designer lehenga, Mira had given a rain check to the red hues and opted for a rose pink shaadi ka joda. Just like her unconventional lehenga choice, she ditched diamond jewellery and instead donned navratna pieces. On the other hand, Shahid was all smiles in an ivory sherwani, posing with his then-wife-to-be. 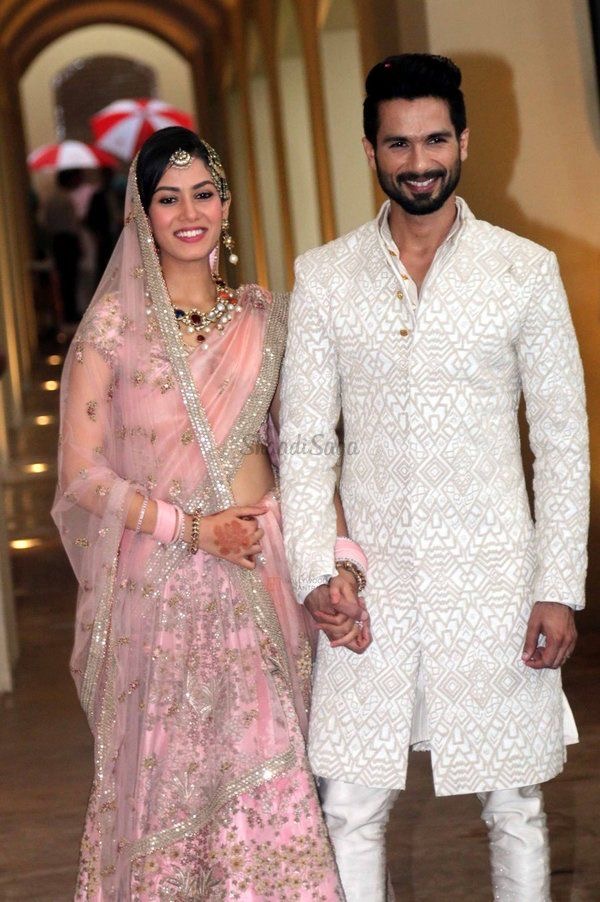 September 7, 2022, marked Mira Rajput’s 28th birthday, and to make the day more special, her sister, Priya Tulshan took to her IG stories and dropped an adorable collage of Mira’s childhood pictures. From her journey as a teenager to adulthood and then becoming a mother for the first time, the throwback pictures took us down memory lane of Mira and her sibling! Atop the collage, she penned:

“To my baby sister… who I cannot baby anymore.” 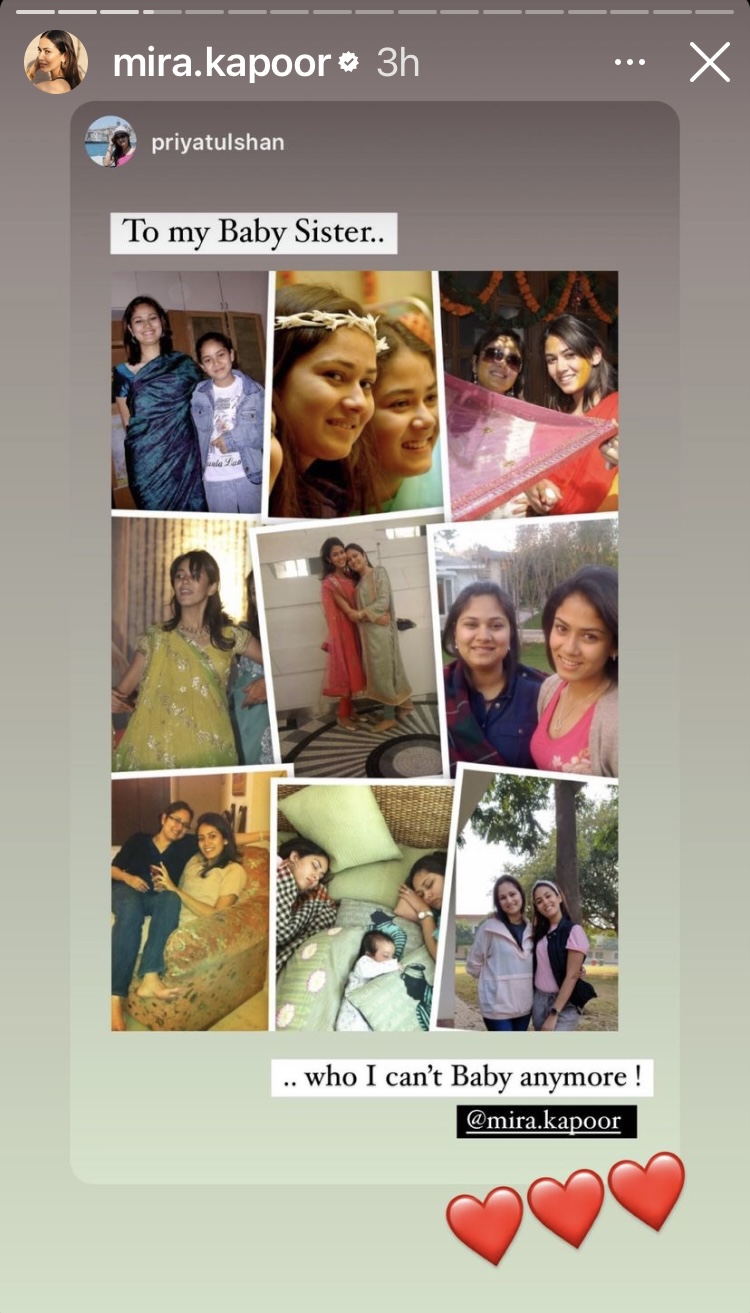 Earlier, in an interview with Vogue India, Mira Rajput had opened up about her and Shahid’s 14-year age gap. Reflecting on how she thought Shahid’s experience would benefit her in the long run, she explained the reason behind marrying a man, who is much older than her. In her words:

"I really didn't think about it as so many challenges to overcome. The change from Delhi to Mumbai was actually a very pleasant one... His fluidity towards life is another quality I love. It has helped me ease up a lot. He's lived longer, so if anything, I can benefit from his experience and he can benefit from my fresh perspective.” 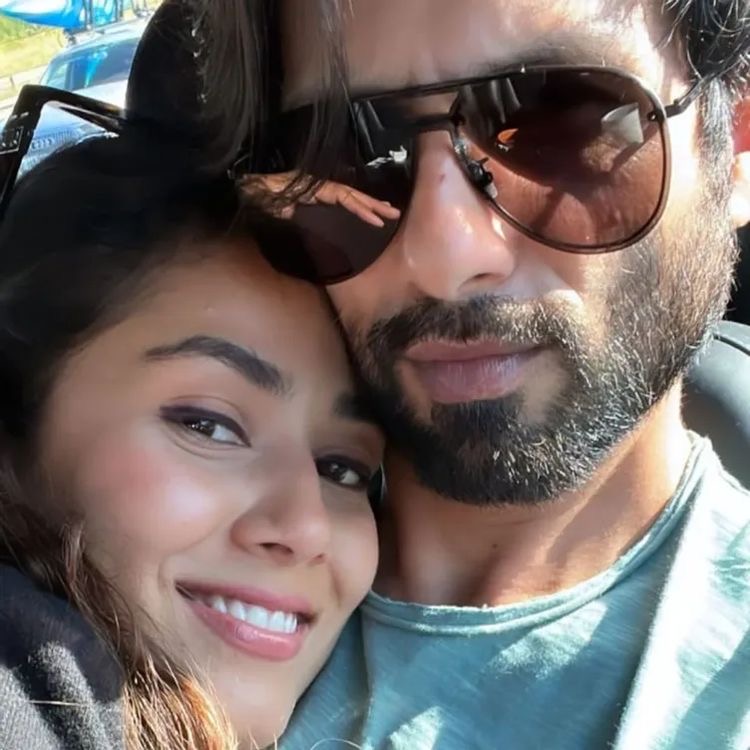 Even before turning 30, Mira Rajput is a mommy of two adorable munchkins, Misha Kapoor and Zain Kapoor. Talking about her decision to embrace motherhood early, Mira, in an interview with Pinkvilla, had stated that one's partner’s support is very much essential during pregnancy. Moreover, it was her mother, Bela Rajput and her sisters, who kept her nourished and healthy with the help of some useful home remedies. She had said:

“Your partner’s support is really important in every step and that helped me stay very calm and happy. Pregnancy is a beautiful journey you embark on with your partner and one should embrace it and never shy away from the same. Traditional tips from mom and sisters along with my own love for yoga, helped me stay confident both mentally and physically during both Misha and Zain.” Next Read: 'Bigg Boss' Fame, Rohit Verma Reveals That He Was Raped By His Uncle At The Age Of 8