Even at the age of 39, she is a bombshell and often regarded by many as India’s sex symbol. She is sensuous not just in terms of her hotness that she constantly exudes, but also in her acting skills. With a modest debut in Ajnabee (2001), Bipasha Basu came into the limelight but she reached the star-level only in 2002 after appearing in the horror film, Raaz.

Since then, there has been no looking back for Bipasha. She has acted in numerous blockbuster films like No Entry, Phir Hera Pheri, Race, Dhoom 2, Omkara, among many others. Even in her personal life, she is quite settled now having married her Alone co-actor, Karan Singh Grover. But before her marriage, Bipasha Basu, allegedly or otherwise, dated 6 men! Yes, 6! So, let us look at the men in Bipasha Basu’s life in the chronological order. 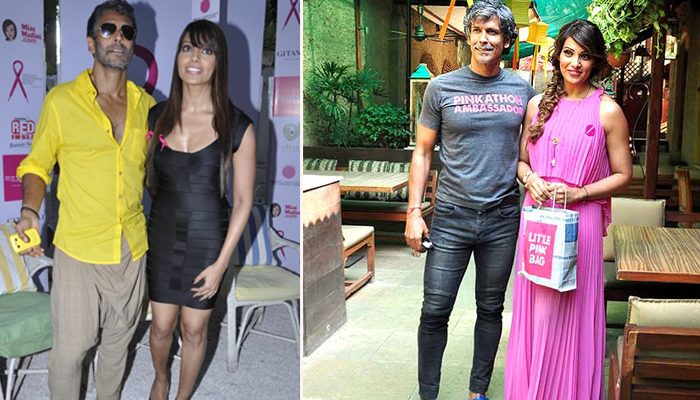 Surprised? Yes, you read that correct! Reportedly, Bipasha Basu and Milind Soman dated for a while when both of them were models. Bipasha, before venturing into films, was into modelling, and in fact, won the Godrej Cinthol Supermodel contest in 1996. Milind was a successful supermodel already by then. As per reports, it was during one of the modelling assignments that they met and started dating. It didn’t last long and ended soon without stirring the Page 3s.

Also Read: 52 YO Milind Soman Is Already Engaged To His 26 YO Girlfriend Ankita Konwar! That Ring Is Beautiful 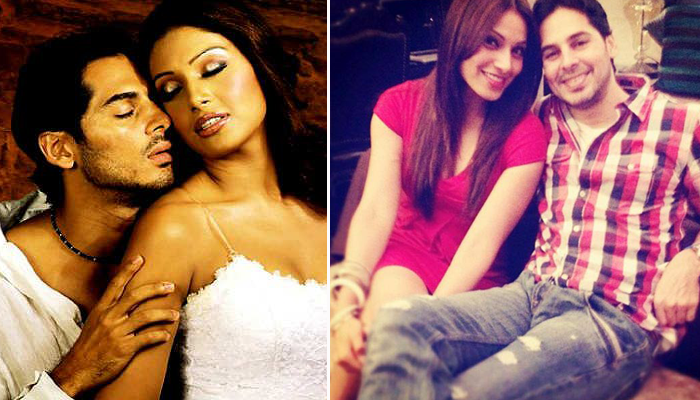 Bipasha Basu, after Milind Soman, dated her Raaz co-actor, Dino Morea. Their relationship was a sizzling talk of the town. Reports had it that Bipasha and Dino were already in a relationship even before Raaz went on the floors. The couple dated till 2002 before parting ways. Years later, Dino was quoted as saying in an interview:

“I was young, so was she. I was the first date that she had in Bombay.” 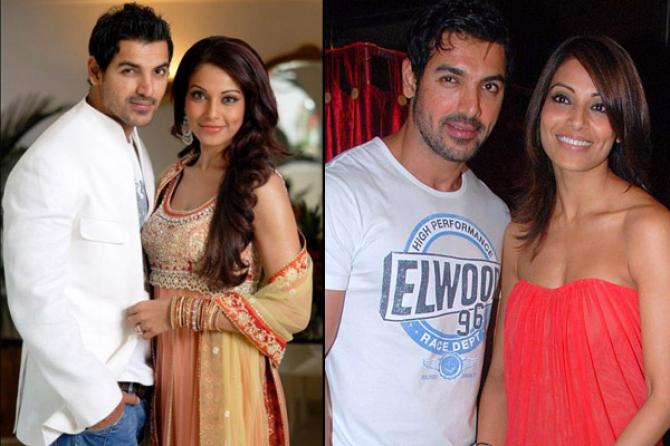 “We have grown out of the relationship and somewhere down the line, I'd point a finger at myself and say that I probably didn't match up to a lot of things. We both had different visions for this relationship. I probably wasn't ready to commit at a point of time when the relationship needed culmination.”

You May Like: Bipasha Basu Opens Up About Her Relationship With John Abraham, Said Something Totally Unexpected 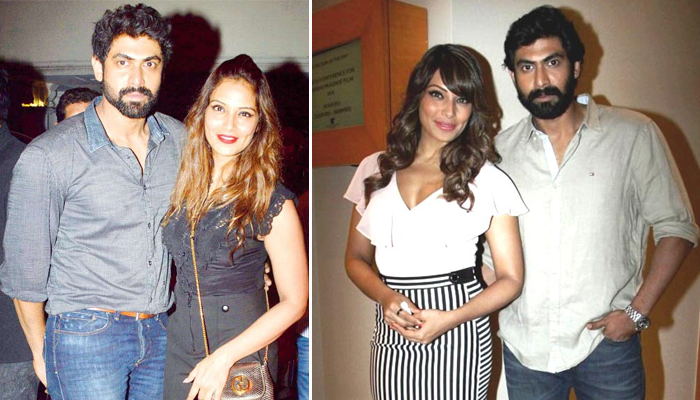 Yes, we’re talking about the same famous South Indian actor who you all know now because of the Baahubali franchise. Bipasha Basu and Rana Daggubati starred together in the moderately hit 2011 film, Dum Maaro Dum. Reportedly they fell in love each other on the sets. But their relationship didn’t last long. It was also reported that Rana cheated on Bipasha and that left her heartbroken. A few years later, Rana said in an interview:

“We are friends and we continue to be friends. The entire team of Dum Maro Dum from Rohan to Abhishek to Bipasha all are my friends." Bipasha acted opposite the Nawab of Bollywood, Saif Ali Khan in the 2013 film Race 2. Saif Ali Khan and Bipasha’s hot and steamy scenes spoke a lot beyond acting. Both single at that time, Bipasha after break up with Rana and Saif divorced from Amrita Singh, became the headline! However, the reports fizzled out soon and we can say that it was just a rumour. 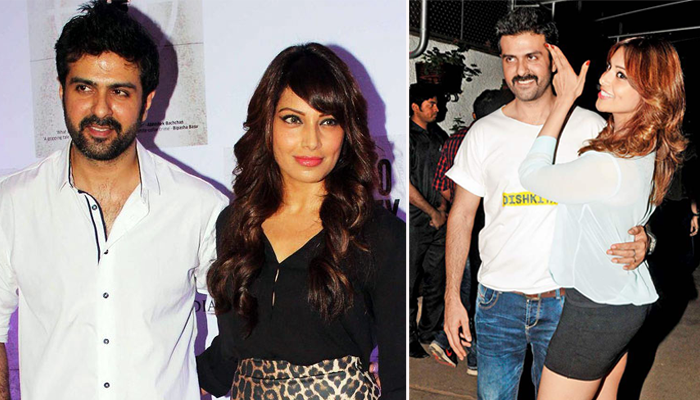 On February 19, 2014, Bipasha Basu confirmed her relationship status with Harman Baweja on Twitter. She tweeted:

“Yes Harman and me are a couple :) Finally I have met a person who is a far better human being than I am. Blessed.”

6 months later, amid rumours of their wedding, Bipasha opened up about her split with Harman to a leading daily:

“Yes we have and it's just unfortunate. Sometimes between two people it is not necessarily just meant to be. People always ask me why we split up, given that we are both such good human beings and were so good together and that we looked like a perfect match. But I feel and can just say that if it is a perfect match, it will last. In any relationship, what happens between two people, only those two people know the exact truth and honestly, they should be answerable to only each other. But I can say that Harman is a great guy and a wonderful human being.” And now comes finally! Bipasha’s life-partner and her husband! After dating so many men, she finally found love in her monkey partner, Karan Singh Grover. It must be noted here that Karan was previously married to Shraddha Nigam and Jennifer Winget. Karan and Bipasha started dating when they met on the sets of Alone. Recalling their proposal, Karan once opened up:

They got married on April 30, 2016, and blissfully enjoying their marital life today. They leave no stone unturned to make each other happy.

So, here we are! These were the men in Bipasha Basu’s life. We are so happy that she is settled now and constantly gives us marriage goals! We hope to see her on-screen soon.

Next Read: 7 Fantastic Planning Tips You Can Steal From Karan Singh Grover And Bipasha Basu's Wedding