Married Bollywood Directors And Their Love Affairs With Divas

Married Bollywood Directors And Their Love Affairs With Divas 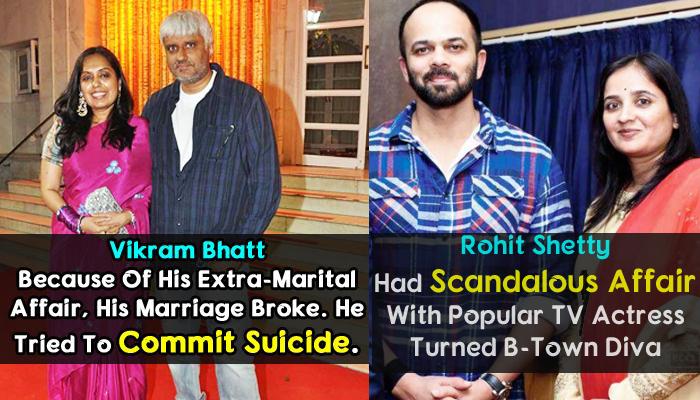 Bollywood is a peculiar place. Through various characters, it makes us laugh, cry and sometimes, dance with joy. Sure, it is a magical and colourful community but it has a massive grey area too. When you are working in an environment dominated by best-looking people of the world, it is easier to stray from the right path.

The Show Man of the entertainment industry and the torch-bearer of the Kapoor clan, Raj Kapoor will always be remembered as one of the greatest actors, producers and directors of Bollywood. In the 1930s, Raj Kapoor married his first cousin, Krishna Malhotra and the couple welcomed 5 kids together. 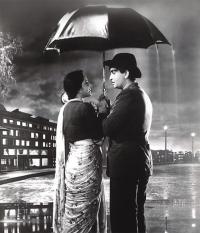 Raj Kapoor and Nargis gave us many memorable hits, including Awaraa and Shree 420. It is rumoured that from the 1940s to the 1950s, Raj had an extra-marital affair with Nargis. Though the affair lasted for almost over a decade, Nargis decided to end it as Raj was not ready to leave his wife and children for her. Raj went back to Krishna once everything was over.

The man who directed Bollywood's most famous movie, Sholay, was happily married to Geeta before he met television actress, Kiran Juneja. Kiran and Ramesh met on the sets of a show on Doordarshan, Buniyaad and started seeing each other after that. Ramesh divorced his first wife to marry Kiran who is close to the age of his son, Rohan Sippy.

After years of friction, Kiran made an attempt to smooth her relationship with Ramesh's first wife. Now they are good friends and enjoy having brunches together.

Rohit Shetty is famous for making the cars fly in his movies. The man makes movies with perfect comic timing and hard to believe action sequences. There is no one in the country who hasn't laughed out loud while watching his Golmaal series. The director has been happily married to Maya Shetty since 2005.

You May Like: 12 Bollywood Actresses Who Were Already Married Before They Entered Bollywood

While everything was going smoothly in the life of the director, he couldn't help but feel attracted towards the beautiful actress, Prachi Desai. It happened during the shoot of Bol Bachchan. If rumours are to be believed, these two started living together. At the end, the relationship ended and Rohit went back to his wife.

Vikram Bhatt has always been in the news; more for his rocky personal life than his work! Vikram Bhatt was once married to his childhood sweetheart, Aditi, but that ended on a bad note when he started seeing Sushmita Sen. Both his marriage and his extramarital affair ended on such a bad note that the director even tried to commit suicide.

"I regret hurting my wife and my child and abandoning them. I regret the pain I caused them. I always believe that when you’re not courageous, you become cunning. I did not have the courage to tell Aditi how I felt. And it was all happening together, it was a big mess."

Who isn't aware of Mahesh Bhatt's bold choices in his personal and professional life. Mahesh Bhatt was married to Kiran Bhatt when his eyes met the loner beauty of Bollywood, Parveen Babi. His extramarital affair was heart-wrenching. While there is no justification for an affair outside marriage, his love story with Parveen Babi was doomed from the beginning. Mahesh realised that he couldn't stay with her because of her mental sickness and left her.

Don't Miss: 5 Bollywood Divas Who Have Been Married More Than Once

He went back to his first wife only to break her heart again. He met Soni Razdan and since he couldn't divorce his first wife, he converted to Islam. He married Soni without divorcing his first wife.

Anurag Kashyap is a brilliant director who isn't afraid of taking the risks. Most of his films are critically acclaimed. One such film was Dev D which was a modern take on the classic movie, Devdas. On the sets of Dev D, he met Kalki Koechlin. Despite being married to Aarti Bajaj, he couldn't keep himself from falling in love with the Indian born French beauty.

In 2009, Anurag ended his 6 years long marriage with Aarti and got married to Kalki in 2011. His marriage with Kalki couldn't last long either and they got divorced in 2015.

Boney Kapoor is one of the most famous directors of Bollywood. More than his films, he is famous because of his wife, Sri Devi. Boney Kapoor was a married man with two kids, Arjun and Anshula. He got married to Mona Kapoor in 1983 but ended his marriage with her in 1996 to marry Sri Devi in the same year.

Do Read: This Is The Sweetest Thing That Boney Kapoor Has Done For His Wife Sridevi

Boney fell in love with Sri Devi despite having a picture perfect family. It was only to marry Sri Devi that he abandoned his wife and children. His son, Arjun Kapoor, doesn't like to keep in touch with his father and his other family.

Guru Dutt is one person who gave us many classic movies like Sahib Bibi Aur Ghulam and Pyaasa. Both as an actor and director, Guru Dutt garnered lots of praises from everyone. He was a disciplinarian in his professional life but the same could not be said for his personal life.

After facing a lot of friction from his family, Guru Dutt married the love of his life, Geeta Dutt. He was an unstable husband whose excessive drinking and smoking caused a lot of trouble to his family. The final nail in the coffin was his affair with Waheeda Rehman. He never left his wife for Waheeda but he sure didn't have a happily ever after too.

The prodigal son of Yash Chopra, Aditya Chopra has directed some of the most memorable and romantic Hindi films of all time. The director got married to Payal Khanna in 2001 but his heart started wandering when he got close to Rani Mukherjee.

The news of Aditya and Rani's affair were the headlines of the tabloids for years but neither the Chopra clan nor Rani ever commented on it. In 2009, Aditya divorced his wife, Payal and later, got married to Rani Mukherjee.

Imtiaz Ali is famous for the depiction of complex human emotions through his movies. His characters are twisted and have a deep thinking process. This is what sets him apart from others. He was earlier married to Preety and has a daughter with her. The rumours of his link-up with a Pakistani model, Iman Ali, started doing rounds in the media which resulted in the end of a long marriage in the year 2012.

Some of these directors found love in another lady while some realised their mistake and went to their former partner; no matter how these extramarital relationships ended, one can never justify infidelity. So, these were the Bollywood directors who were married but also found love in other B-town divas or at least rumoured to have.

Next Read: 10 Famous Actresses Who Fell In Love With Their Directors And Got Married