Gone are the days when remarriage was a taboo. Today, if a marriage fails, people don't hesitate to move on and look for a second chance in their lives. Here is the list of single moms from Bollywood who broke the stereotype and gave marriage another shot.

Indian society till date has a large section of people who believe that single mothers should not get married again. But just because they have kids to deal with does not mean they do not have the right to fall in love again. And especially when the previous relationship was a bitter experience.

Here are some famous single mothers from our Hindi film industry who broke the shackles of an orthodox society and decided to tie the nuptial knot again. Keeping their heads held high, they chose the road less travelled and gave their children a better future.

5 Bollywood Divas Who Changed Their Religion For Love Deepshikha, a popular television actress who also featured in many Bollywood films like Baadshah, Koyla and Partner, was married to Jeet Upendra. A mother of two, she was quite content in life but little did she know that her happiness was short-lived. Her marriage of 10 years to Jeet, hit the rocks owing to undisclosed differences, and they finally got divorced. She single-handedly took care of her children.

And then, it was on the sets of Ye Dooriyan, her directorial debut, where she met Keshav Arora and they both fell in love. The couple got married in 2012 but after four years of marriage, reports of their separation started doing the rounds. Deepshikha even filed an FIR against Kaishav for threatening to kill her and her kids. After separating for a short while, Deepshikha and Kaishav decided to give another chance to their wedding and patched up. Shortly after this episode, the couple was even holidaying in Goa and looked happy as ever! Among the favourite on-screen moms, this famous actress has featured in numerous big banner films like Devdas, Dostana, Kabhi Alvida Na Kehna, Veer-Zaara and so on. Her first marriage to actor and businessman Gautam Berry was a troubled one, with whom she also has a son, Sikander.

While, both of them were struggling actors in Mumbai, Anupam and Kirron met during working together in a play called Chanadpuri Ki Champabai, and subsequently fell in love. The two got married in 1985 and are still going strong. And as for Sikander, Anupam accepted him with open arms. Also Read: Second Time Lucky In Love: A Beautiful Love Story Of Anupam Kher And Kirron Kher Breaking all odds, Neelima Azeem, actress and renowned theatre personality got married thrice. She first got married to veteran actor Pankaj Kapoor in 1975 with whom she has a son, the famous Bollywood actor Shahid Kapoor. The two got separated when Shahid was just three years old in 1984. She then married actor Rajesh Khattar in 1990 and gave birth to his son, Ishaan Khattar. But again, they separated in 2001.

It took Azeem two failed relationships to find a true soulmate in Ustaad Raza Ali Khan, also her childhood friend, whom she married in 2004. But yet again, this marriage as well didn’t last long and they divorced in 2009.

Check This Out: Neelima Azeem Reveals How 6-Year Old Shahid Kapoor Saved Her From A Stranger, Video Inside 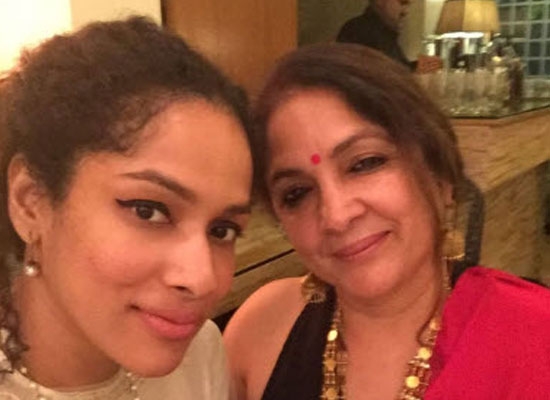 Neena Gupta, a renowned television and film personality, had a much talked about affair with Vivian Richards, a married West Indies cricketer in the 1980s. With Vivian, she also has a daughter, Masaba. Though the two never got married, but she took a brave decision to give birth to her love child. And, she has single-handedly taken care of her daughter.

After this affair, there were unconfirmed reports of her brief relationships with Alok Nath and Sharang Dev. However, on July 15, 2008, she got married to Vivek Mehra, a chartered accountant by profession in a secret marriage ceremony in the US. Also Read: Neena Gupta Reveals That Her Father Helped Her Raise Her Daughter, Masaba Gupta As A Single Mom 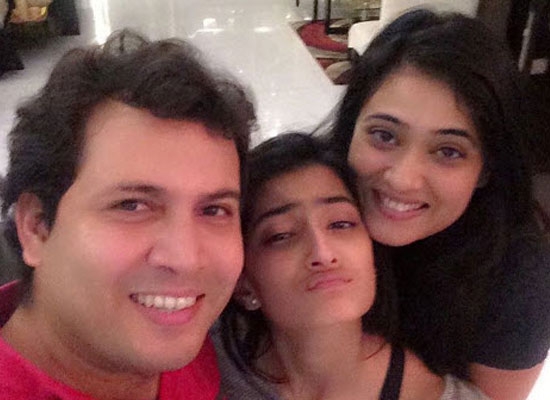 And finally, television’s favourite bahu, Shweta Tiwari is the new name in this list. She was earlier married to actor Raja Choudhary (wedding date- December 23, 1998), but their marriage resulted in a divorce in October 2012. She also has a daughter (Palak) with him. The couple's troubled married life hogged the media limelight after she accused Raja of domestic violence.

During the divorce proceedings, she met actor Abhinav Kohli on the sets of Jaane Kya Baat Hui and they both fell in love. The couple finally tied the knot on July 13, 2013, welcomed a baby boy on November 27, 2016, and named him Reyansh Kohli. Their marriage hit a rocky patch in August 2019 when Shweta filed a complaint against him for domestic violence and her daughter Palak, too, had alleged in a post on Instagram that he persistently made inappropriate and disturbing remarks, “the impact of which is only known to my mother and I,” she had said in her post on social media. 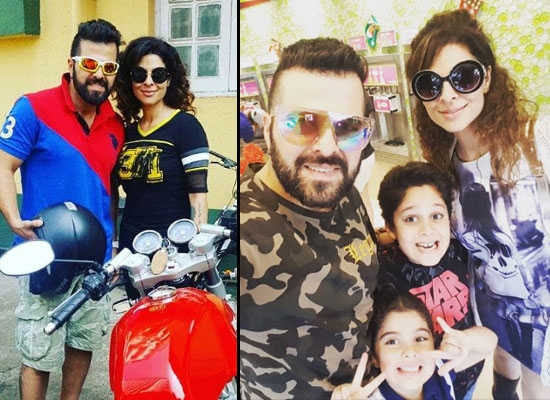 Yes, this name might surprise you in this list because not many know that Bakhtiyaar is Tanaaz’s second husband. Yes, this beautiful actress who has appeared in Bollywood movies like Kaho Naa...Pyaar Hai and Main Prem Ki Diwani Hoon, got married to popular theatre artist Farid Currim when she was quite young. Her first daughter Zianne was born when she was just 20.  But the couple divorced. Zianne stays with her father.

In 2006, she met actor Bhakhtyar Irani on the sets of Fame Gurukul, and they hit off instantly. She was a single mother when she married Bakhtiyaar Irani in 2007. The couple has two children, a son named Zeus, born on March 20, 2008, and a daughter named Zara, born on September 19, 2011. 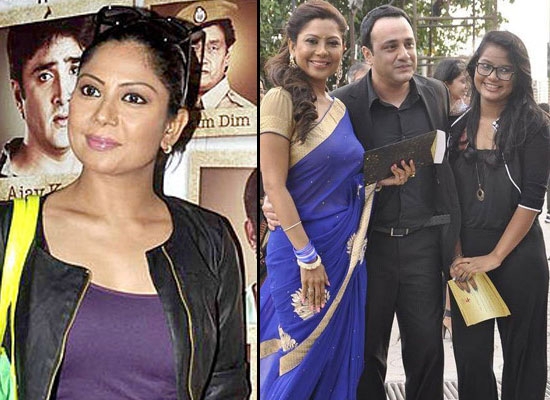 Popular Bollywood and television actress Manini Mishra, who is best remembered for her role as Pari Kapadia in Jassi Jaissi Koi Nahin was a single mother when she married Dr Rahul from Sanjivani (played by Mihir Mishra) in 2004. Manini has a daughter named Dainoor from her previous marriage.

When she married Mihir on December 30, 2004, her daughter was just four years old, but today, the trio looks like a happy family together.

Wow! After so many odds and obstacles, these single Bollywood mothers have broken the stereotypes, in their full valour and confidence. We wish them all happiness in their future marital bliss.

Next Read: 8 Gorgeous Nanad-Bhabhi Jodis Of Television Who Are Like Sisters From Different Mothers

5 Bollywood Divas Who Changed Their Religion For Love