Malaika Arora and Arjun Kapoor relationship have been the talk of the town. Here, she opens up about people's opinion on her relationship. 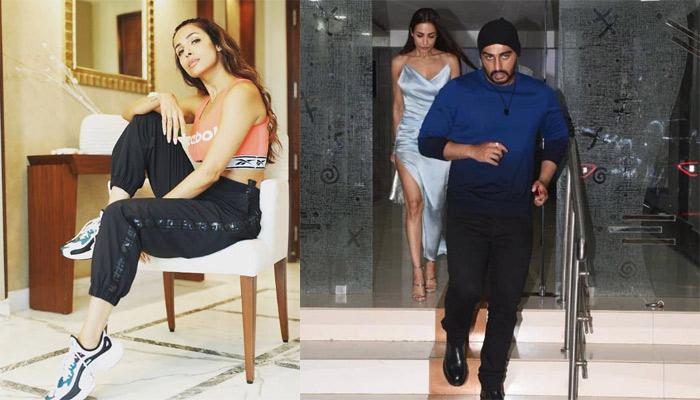 Paparazzi and B-town celebs go hand-in-hand, there is not even a single day when the B-town celebs are not clicked by the paparazzi. Bollywood beauty Malaika Arora being the personal favourite of paparazzi manages to get papped in the town almost every single day. Whether it's her workout sessions or dinner dates with boyfriend Arjun Kapoor, the actress is clicked by the paparazzi everywhere.

Arjun Kapoor and Malaika Arora's relationship have been in the headlines for quite some time now. The duo has been spotted several times together, from dinner dates, movies dates to attending parties. Rumours of the couple getting married in 2019 have been doing rounds in the town. Malaika and Arjun had confirmed their relationship in June 2019. Apparently, Arjun and Malaika have also bought an apartment in a posh society near Andheri's Lokhandwala. However, from the time Arjun and Malakia opened up about their relationship, trolls have been attacking them. (Do Read: Neetu Chandra Reveals Reason Behind Her Breakup With Randeep Hooda 6 Years After Parting Ways) 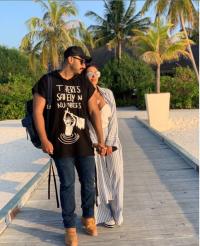 In a recent interview with the Hindustan Times, when Malaika was asked, “Doesn’t the scrutiny on her personal life get to her at times? She replied, “I think there will always be scrutiny about anything and everything that everybody does. Any celebrity will have that situation. Guess if you are in the business, you have got to get used to it, the whole prospect.” When asked further, “What about people saying negative things when she and Arjun post a picture together on social media? She replied, “You can’t stop people, these are their personal opinions.” 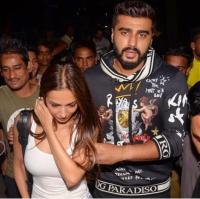 In the same interview, Malaika was also asked about only making special appearances and not doing proper roles in the last 19 years. To this, she replied, “I have never really been (interested), it’s never been my thing. I have not been drawn towards it, and have always kind of flirted with the whole concept of being in the business, but not actually getting into a full-fledged relationship with it. It’s pretty much how I have looked at it.”

Arjun and Malaika were rumoured to be dating and the duo never accepted their relationship until Malaika posted a picture with Arjun on his birthday and the picture said it all. They had gone to New York together for a holiday and their loved-up posts for each other proved love is in the air.. (Suggested Read: Shahid Kapoor Reveals If Mira Rajput Kapoor Has Interest In Acting, Praises Her Own Creativity) 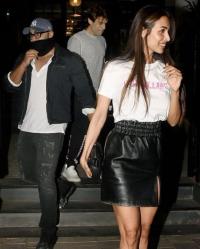 In their recent Instagram posts, Malaika and Arjun were celebrating their Sunday mood by posting their individual photos on their respective Instagram handles. What made it special was the fact that they had turned paps for each other. It had begun with Malaika's "Happy Sunday" post, which had a black and white shot of her cuddling up with a furry friend on what looks like a lazy Sunday. Within minutes of the photo being posted, Arjun had commented, "The photographer got skills, gurl,” and soon enough Malaika Arora had tagged Arjun and wrote: "Yeah, exceptional skills." 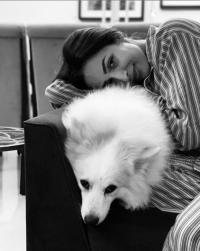 The 2 States actor had Instagrammed a close-up shot of himself, giving the photo credit to a mysterious "she", and wrote, "When she caught me smiling." Well, the photographer AKA Malaika had confirmed her identity in the comments section with her response, "Very talented photographer I must say." Take a look at the picture: 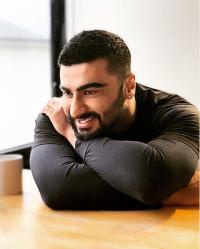 On the work front, Malaika keeps herself busy with reality shows like India's Next Top Model and India's Got Talent, where she features as a co-judge. She has some of the top dance sequences to her credits. She also runs a yoga studio and a fashion label. (Recommended Read: Vidya Balan Gave A Kickass Reply To Those Who Body Shame Her, Reveals If Such Remarks Bother Her)