One of the most talked about alleged couples this year is none other than hottie, Malaika Arora and handsome hunk, Arjun Kapoor. The two have never come in open and revealed their relationship status, but their quiet dinner dates, parties with friends and even PDA moments on social media tell their love tale in its own way. These two have now become the talk of the town and many are loving their jodi. What added fuel to this fire was Arjun Kapoor’s appearance at Karan Johar’s Koffee with Karan.

Well, for the ones who don’t know, last weekend’s (November 25, 2018) episode of Koffee with Karan saw the stunning sibling duo, Arjun Kapoor and Jahnvi Kapoor. Right from their awkward top secrets to some of their childhood memories, Janhvi and Arjun bared it all on the Karan Johar-hosted chat show. But what grabbed the limelight was Arjun revealing two things, one – he isn’t single and second- he is open to marriage. (You May Also Like: Srishty Rode's Reaction On Her Link-Up With Rohit Suchanti And Being Compared To Hina Khan) 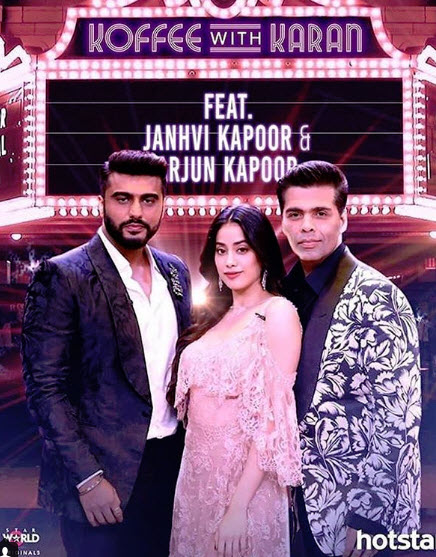 These two revelations of him have further accentuated the rumours of him dating Malla (as Malaika is lovingly called) and also that their marriage is on the cards soon. In fact, for the ones who don’t know, Karan Johar also threw a hint when Malaika appeared last to last week as a guest for one of KWK episodes. While greeting her, Karan wittily remarked, “We are walking down the aisle, that will also happen in your life soon enough”. Malaika couldn’t help but start blushing and could only retort, “Stop it now.. stop now”. (Checkout: Smriti Khanna Gets A High-End Designer Bracelet From Gautam On 1st Wedding Anniversary, Pic Inside) Now, coming to how Malaika reacted to the statements made by Arjun in this episode altogether. Well, Karan Johar is currently co-judging India's Got Talent, where Malaika is also one of the judges along with Kirron Kher being the third one on the panel. This lovely judge trio has recently made it to the headlines for their ‘toodles’ video. So, in the latest video, Karan cryptically asks Malaika, “How was the cup of coffee last night?” To this, she instantly replies, "It was hot, it was honest and I loved every bit of it!" Here is the video of the same:

In an interview with Hindustan Times of late, Malaika was quoted as saying, "whatever my life has been, everyone is aware of it. I don’t need to be talking about it. I am just enjoying my life - it’s beautiful and precious." As per a Filmfare report, “Malaika and Arjun are extremely fond of each other. They have never really spoken about each other, but they are extremely happy in their own personal space. In a steady relationship now, Malaika and Arjun plan to take their relationship to next level and tie the knot next year”. (Also Read: Priyanka Chopra Gets Surprise Party From Her Team On Last Day As Bachelor, Nick Also Joins [Pics]) Another report by Deccan Chronicle stated, “Malaika is no longer keen to hide her proximity to Arjun. When she was with Arbaaz, the Khan family, especially Salman, made their disapproval very clear. But now that she has broken away from Arbaaz, she sees no reason to be coy about her closeness to Arjun. Besides, Arbaaz is also seeing someone else now”. (Suggested Read: Kundali Bhagya Star Neel Motwani Redefines 'Unique' Gift, Names A Star On Girlfriend Vindhya Tiwary) 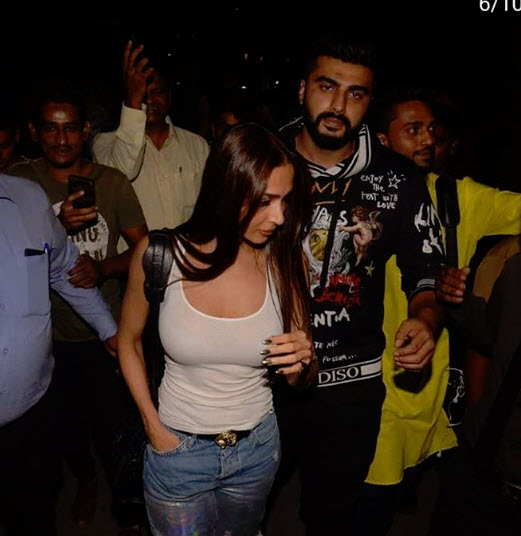 Also, as per the latest report by Bollywood Life, a source remarked, “Arjun and Malaika have together purchased a flat in a plush society near Lokhandwala Complex. It is their joint investment together. Whether they plan to live in or no is entirely up to them. But they are surely getting a space for themselves. Currently, the interiors of the house are being done and both Malaika and Arjun are looking into the details.”

Well, for the official announcement, it seems we will have to wait! Nonetheless, it wouldn’t be any surprise if Arjun and Malaika tie the knot and give us a pleasant surprise. 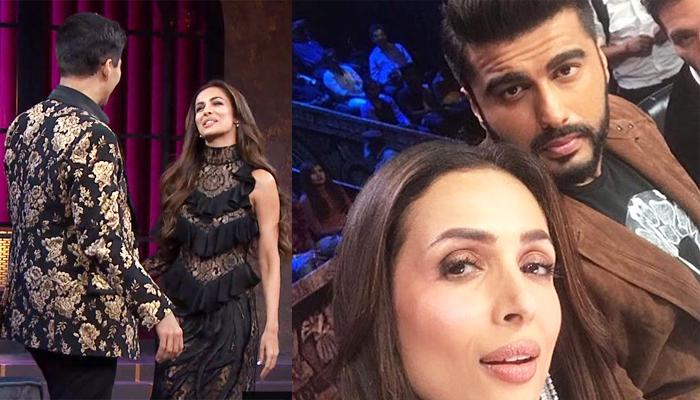 The wedding season is just around the corner, and every Bollywood buff and millennial knows that many celeb weddings are lined up this season like how. From Deepika Padukone-Ranveer Singh to Priyanka Chopra-Nick Jonas, we are more than excited for the celeb weddings to make us glued to social media.