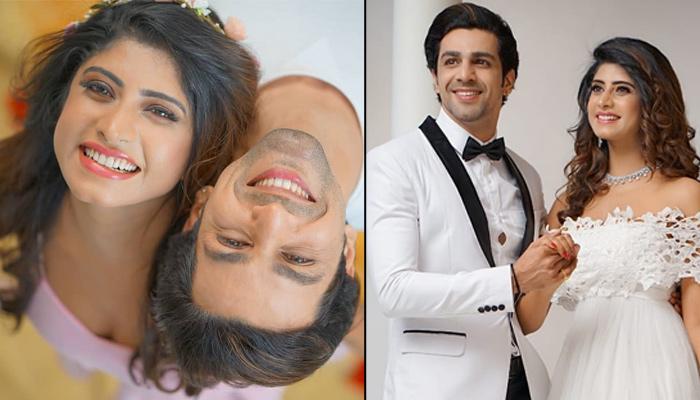 Birthdays are that ‘one day’ of the year when even your saath khoon is maaf (not literally, silly)! Different people have different ways to celebrate birthdays. While some create a stir about their birthdays months in advance, some choose to travel alone, some choose to spend it with their families, while some prefer partying hard. But lucky are those, who don’t have to plan anything for themselves as their other-halves can do it seamlessly! (Do Read: Mira Rajput Kapoor Posts A Heartfelt Wish For Her Father On His Birthday, Shares Unseen Pictures)

Yes, to tap in your excitement, we are talking about the deadly combination of a celebrity couple and a birthday in here! Television sensations, Vindhya Tiwary and Neel Motwani have been grabbing a lot of headlines, ever since they announced their marriage plans. To top it all, if you happen to scroll through Vindhya and Neel’s social media accounts, every picture would give you some major couple goals. 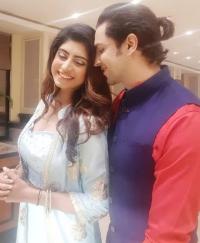 It was Vindhya’s birthday on November 22, 2018 and her beau, Neel left no stone unturned to make it a day to remember for her. Taking to Instagram, Neel posted an ethereal picture of the duo and captioned it as, “Happy birthday meri angel @vindhyatiwary. I just wana tell you that when two souls are meant to conjoin as one, distances, differences, boundaries are just nothing but mere words. It’s destiny that brought us together but it’s the love we share that’s gonna hold us together life long, and the magic that you spread began from the very moment you were born.” Here’s the picture: 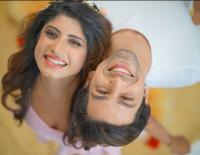 That’s not all! The Bade Acche Lagte Hain star ensured that ‘his angel’ had a day full of surprises. Hence, he planned multitudes of surprises and a birthday bash for her wherein, many knowns of the telly town were invited. And do you know what’s the definition of a ‘unique’ gift? Neel got a star named as ‘Vindhya’! Can you believe this? Speaking about the same with The Times of India, Neel was quoted as saying, “Log sirf chaand tare ki baatein karte hain but this star is going to be known your name till the end of time.” (Also Read: Priyanka Chopra's Mumbai House Is All Decked Up For Her Big Fat Wedding With Nick Jonas [VIDEO]) 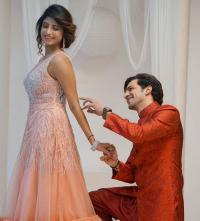 Just imagine, with hardly one hour left for your birthday to get over, you walk in at a restaurant and you find your loved ones and ‘your one’ waiting for you, shouting a big ‘surprise’! Phenomenal it would be, right? Exactly the same thing happened with Vindhya. At around 11pm, the birthday girl walked in wearing a birthday dress that she had always been wanting to wear, only to be hugged by her beau and close ones. The couple danced away that night to Ed Sheeran’s popular romantic track, Perfect. 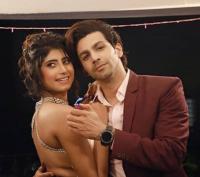 Needless to say, the Agle Janam Mohe Bitiya Hi Kijo star was all ecstatic about her ‘big day’. Gushing about the same, she shared with TOI, “This is the best birthday ever. Neel actually remembered everything that I had said in the last six months and fulfilled them today. This dress that I am wearing was also made within 24 hours and all the people that I love from the bottom of my heart are also here. I couldn’t have asked for a greater gift (than him).” 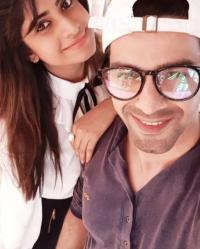 How did Neel plan everything so next to perfection? The doting boyfriend replied, “Whenever she used to share her list of wishes with me, I would take notes secretly. I started the day with sending my driver with a bouquet and a dress that she had wanted to buy in the past and asked her to come for a ride, then at three different red signals, I planted three more surprises –from leaving a teddy bear at a bus stop to small children singing for her – and then sent her back home. Then I did not take her calls the whole day, which left her upset. Finally, she was ushered in here for the bash. I am happy that I was able to do this for her.” (Must Read: Arjun Kapoor Once Broke Up With A Girl On Ranbir Kapoor's Advice And Regretted Seven Days Later) 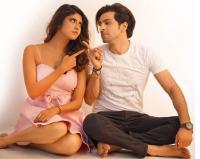 Vindhya also took to Instagram and posted a heartfelt ‘thank you’ post for her boyfriend. Donning her ‘princess’ dress, she wrote, “Thank u to make my dream come true ....to be dressed as princess on my birthday ....thank u @neelmotwani to arrange everything n surprised me n I still can not believe whatever happened yesterday was for real .....thank u to everyone who helped him to achieve this "my best birthday ever" dress with correct fitting.” Here’s a picture from the lot: 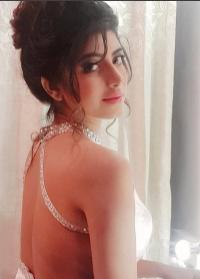 You might see Neel and Vindhya tie the knot next year (2019). The couple will have a roka ceremony sometime between December 2018 to January 2019.Vindhya herself confirmed the same to Bombay Times and stated, “The wedding is being planned by the families. It truly seems to be a match made in heaven as even our kundalis matched perfectly — 29.5 to be precise. In fact, everyone always tells us how much they adore our pairing”. 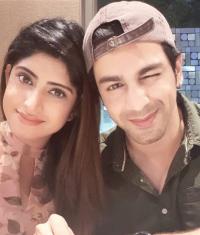 We so can’t wait! How about you guys?