'Bigg Boss 13' fame, Mahira Sharma has turned a year older on November 25, 2021, and her alleged boyfriend, Paras Chhabra, has shared a video of the cake cutting ceremony. Watch inside!

The popular television show, Bigg Boss 13 is often regarded as one of the best seasons of the controversial reality show, as it has given the much-deserved limelight to many talented actors. One such name is Mahira Sharma, whose cute antics and gorgeous looks had made everyone fall in love with her. Also, it was her chemistry with the handsome actor, Paras Chhabra, that had created a separate fanbase for them. Since then, their fans have started calling them with the cute name '#pahira'.

Although the two have never confirmed their relationship, their social media PDAs are enough to let their massive fanbase go crazy in split seconds. Now, on Mahira Sharma's birthday, her alleged boyfriend, Paras, has shared a video of the cake cutting ceremony that features a hilarious moment that would surely leave you in splits.

Recommended Read: Abhishek Bachchan Reveals Why He Feels Panicked After Being Praised By Father, Amitabh Bachchan On November 25, 2021, Paras Chhabra took to his Instagram handle and shared a video on his Instagram handle in which we can get a glimpse of his alleged girlfriend, Mahira Sharma's cake cutting ceremony. The gorgeous actress turned 24 and looked gorgeous in a pink coloured full-sleeves top and a black coloured mini denim skirt. In the video clip, we can spot some of Mahira's close friends, who cheered for her and left no stone unturned to make her feel special. However, the cutest moment in the entire clip is the one where Paras requests Mahira to give a bite of the cake that left everyone in splits. The actor can be heard saying, "Khila mujhko, bezzati mat kara meri. Hum live hain, live."

After a few minutes, the birthday girl, Mahira Sharma, also took to her IG handle and dropped a series of stunning pictures of herself with the birthday cakes. The actress looked super-happy in the pictures, and her cute expressions in the pictures have left her massive fanbase in awe of her once again. Along with the pictures, Mahira simply wrote, "Happy Birthday to me", followed by a cake emoticon in the caption. But once again, it was her alleged boyfriend, Paras Chhabra, who stole the limelight as he dropped a hilarious picture on his IG stories of Mahira along with the birthday cake. 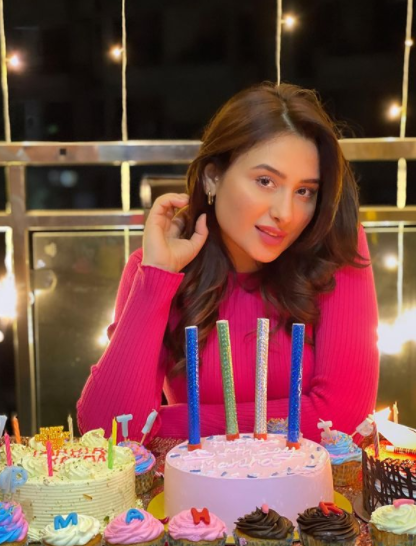 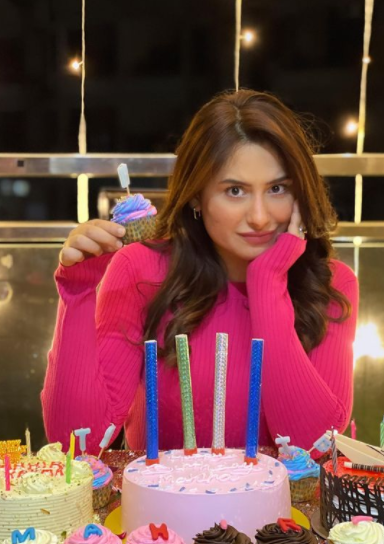 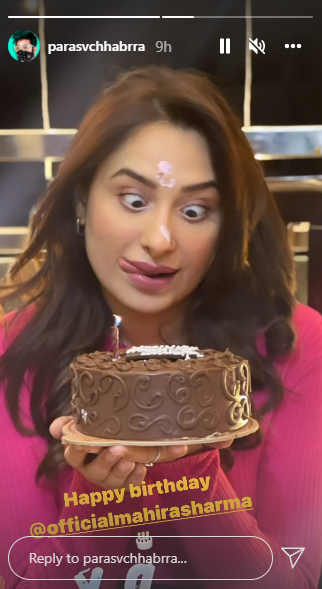 In an interview with ETimes, Bigg Boss 13 fame, Paras Chhabra had opened up about his feelings for his close friend and actress, Mahira Sharma and had also admitted that he wanted to marry her as he still called her his 'good friend'. Surprisingly, the dapper actor had revealed that he had already brought a house in Mahira's apartment in Mohali. The actor had said:

"Of course, I still want to marry Mahira Sharma. She is a beautiful girl, and she is my very good friend. In fact, I have purchased a new house in her building only in Mohali." 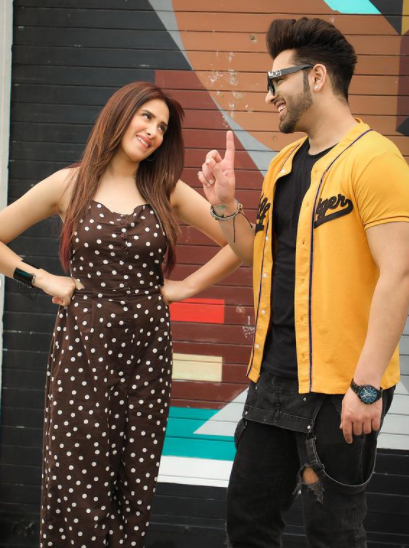 Going further in the interview, Paras Chhabra had stated that his mother, Ruby Chhabra, is also living with him. The actor had also added that living together had helped his mom and his rumoured girlfriend, Mahira Sharma, maintain a close bond. Reflecting on their bond, Paras had added:

"Most of the time we are together only, eating meals together. And since my mom is also staying with me, Mahira and my mom have come really close to each other." 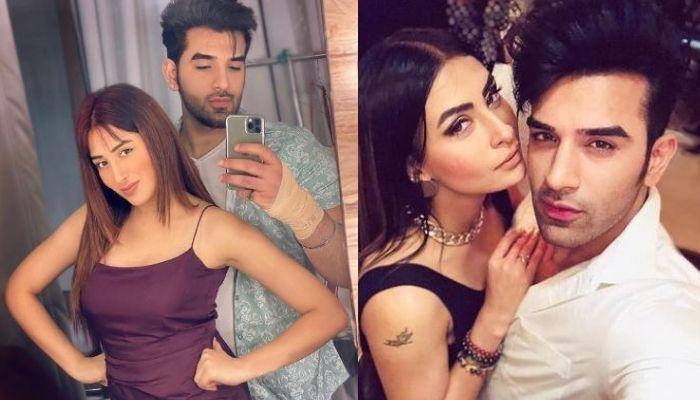