Paras Chabbra shared adorable selfies of him with alleged girlfriend, Mahira Sharma and thanks her for coming into his life. Check out the pictures inside!

Paras Chhabra had entered the 13th season of the popular reality show, Bigg Boss with a tag of ‘Sanskari Playboy’ and well, within time, it was evident that the title suits him. From wearing his heart on his sleeves for co-contestant, Shehnaaz Gill in the initial days of the show, to ending up with Mahira Sharma, Paras' journey in the Bigg Boss house is no less than a roller coaster in itself. Although Mahira and Paras haven't confirmed their relationship (if there is one), all the 'Pahira' fans are always rooting for them no matter what! (Recommended Read: Avika Gor Is Excited As Her BFF, Manish Raisinghan Is Getting Married On Her Birthday With His Love)

Despite Paras Chhbara's frivolous attempts to woo her and flaunting his love and affection for her numerous times publically, Mahira Sharma has always maintained her stance of being 'good friends’ and asking Paras to maintain a little distance. Ever since then, the two have been in the news for their relationship and all the ‘Pahira’ fans are always curious to know more about them. Paras has posted lovely selfies of him and Mahira with a sweet message on his Instagram handle. Scroll down to check it out! Recently, Bigg Boss 13 fame, Paras Chhabra took to his Instagram handle and shared cute selfies with his alleged girlfriend, Mahira Sharma citing the fact that he is thankful to her for coming into his life. The pictures sees Mahira Sharma looking gorgeous as ever in a purple dress and minimal makeup while Paras was all shades dapper in a white t-shirt underneath a sea-blue shirt. Paras also put a lovely caption alongside the pictures which can be read as "Just wanted to say thank you for coming into my life and being my TRUE FRIEND. @officialmahirasharma#pahira#paraschhabra #mahirasharma #abrakadabra #hashtaglovesoniyea." Check out the pictures below: 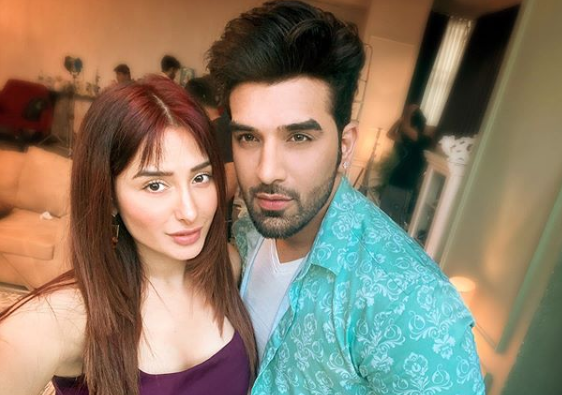 Some time ago, in an interview with ETimes, Paras Chhabra had hinted towards the possibilities of taking a dive from their ‘just friends’ stance. He had said, “We met a couple of times during the lockdown. Acchi feeling aati hai Mahira se mil kar and we share a beautiful bond. I don’t want to go down the regular route of proposing to her. I want everything to happen organically." When asked about Paras' stance of 'waiting for things to happen organically', in an interview with The Times of India, Mahira Sharma had replied, “Paras and I are busy with our respective work. We are best of friends, great colleagues and understand each other really well. This is the time to focus on work, and that’s exactly what I am doing. I am a workaholic; I want to explore the right kind of opportunities, and entertain people with good work." (Also Read: Kareena Kapoor Khan And Karisma Kapoor Are Foodies Like Kapoor Clan, Their Childhood Picture Proves) 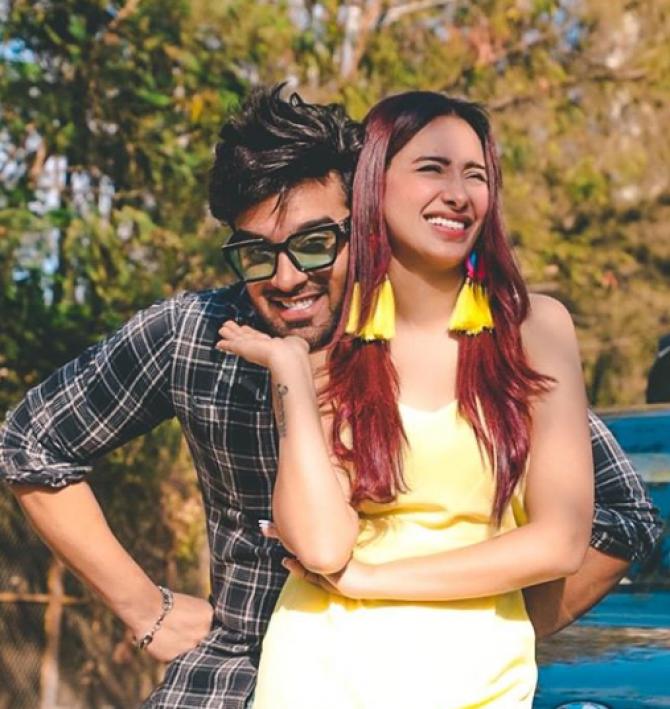 For those who don't know, Paras Chhabra had inked his ex, Akanksha Puri's name on his wrist. But recently, after the ugly spat and all the blame-game, Paras had replaced Akanksha's name's tattoo with Bigg Boss' eye's tattoo. Talking about the same with The Times Of India, he had said, "Bigg Boss has given me a lot and I feel a strong connection with the show. During my stay inside the house, I learnt about a lot of things that were happening outside on the personal front. Bigg Boss ki aankh ne meri aankh khol di (The Bigg Boss eye opened my eye). I shared the idea with tattoo artiste Nipul Solanki and he sketched for me. It took me two hours to modify the tattoo." (You May Also Like: Tara Bhanushali's Hilarious Yet Adorable Expression When Mom, Mahhi Vij Kissed Her Is Every Kid Ever) 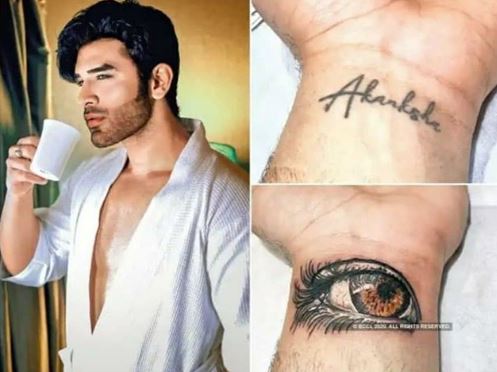 Well, we love the jodi of Paras and Mahira! What about you?