Paras Chhabra and Mahira Sharma had met on the reality show, 'Bigg Boss 13' and are now, celebrating their one year of togetherness with cakes and kisses. Check out the pictures and videos inside!

The firsts are always special, be it the first time you meet or the first birthday you celebrate together or your first anniversary! However, the most special one is your first anniversary or 'one year of togetherness' as it reflects upon the time that you have lived together. Paras Chhabra, who had entered the 13th season of the popular reality show, Bigg Boss, along with TV actress, Mahira Sharma are celebrating their one year of togetherness and talk about their fun relationship with each other. (Also Read: Sara Ali Khan Says Sushant Was Not Loyal To Her In Their Relationship, During Questioning To NCB)

For the unversed, it was said that Paras’ closeness with his alleged girlfriend, Mahira Sharma was the reason behind his breakup with long-term ladylove, Akanksha Puri. Paras could be seen wearing his heart on his sleeves for Mahira Sharma, however, she had cleared her stance and had always stated that the two were best of friends and asking Paras to maintain a little distance. Ever since then, the two have been in news for their relationship, all ‘Pahira’ fans are always curious to know more about them. Now, the ‘good friends’ are celebrating their one year of togetherness, and we have the scoop!

Paras and Mahira are fondly known as ‘Pahira’ by their fans and have numerous fan pages on their name. While scrolling through the feed, we got hold of Paras and Mahira’s celebration as they spent one year together. The fan page has shared various pictures from ‘Pahira’s’ celebration and the duo looked super happy as they twinned in black outfits. In some pictures, Paras can be seen kissing Mahira on her cheeks. Along with it, the fan page has shared a video, where the two can be seen happily cutting the cake and laughing. Paras too shared a picture of a cake sent by a fan for him and Mahira for their celebrations. Take a look: 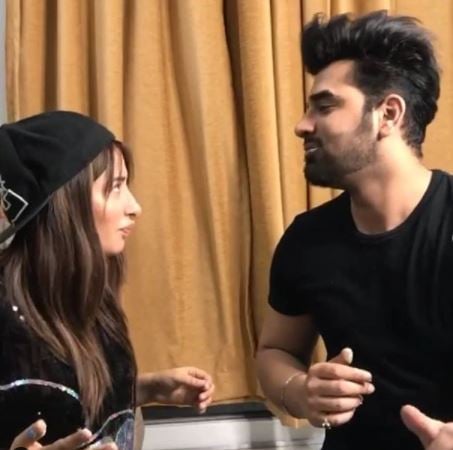 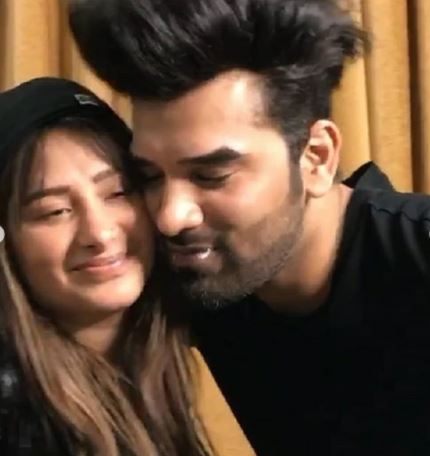 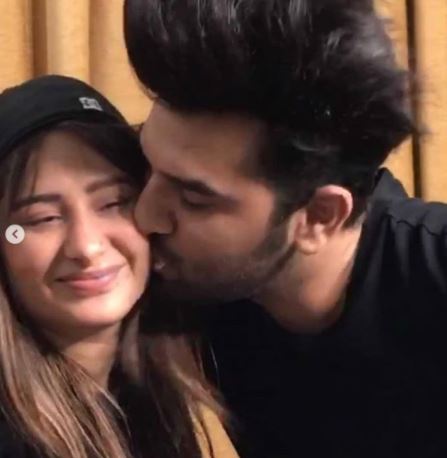 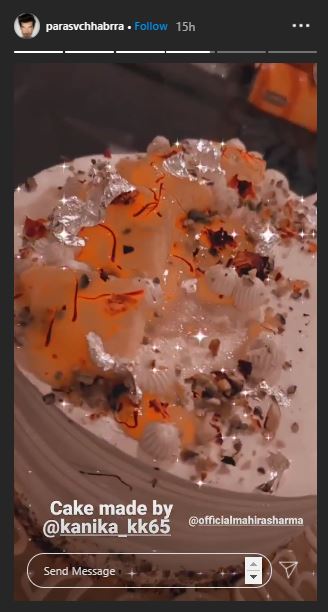 Paras and Mahira also talked about their relationship with each other in a conversation with Pinkvilla. Talking about Paras being the best thing that had happened to her in the reality show, Mahira said, “Paras is the best thing that happened to me in Bigg Boss. We fought for each other, stood by each other and supported each other through out Bigg Boss. Most of the relationships end post the show, I am glad ours didn’t. One year and many more to come. We do meet friends but one of them always remains your BFF and paras and I are the best pals." On the other hand, Paras also called Mahira to be the most genuine person and talked about how people compliment their chemistry. He said, “Mahira is one of the most genuine people I have ever met. Bigg boss would have been impossible without her support. People usually compliment our chemistry on screen, it is only because we are best friends first then co workers. It is indeed a special day for me. Calls for a celebration. I met one of the best friends of my life and looking forward to our friendship to grow every year." (Recommended Read: Alia Bhatt Shares A Mesmerising Picture Of The Love Of Her Life, Ranbir Kapoor On His Birthday) In an interview with ETimes, Paras Chhabra had hinted towards the possibilities of taking a plunge from their ‘just friends’ stance. He had said, “We met a couple of times during the lockdown. Acchi feeling aati hai Mahira se mil kar and we share a beautiful bond. I don’t want to go down the regular route of proposing to her. I want everything to happen organically.” (Don't Miss: Asha Bhosle Shares A Birthday Wish For Her 'Didi', Lata Mangeshkar With Unseen Childhood Picture) We wish Paras Chhabra and Mahira Sharma a lifetime of togetherness! What are your views about them? Let us know!