Mahie Gill has been impressing the audience with her commendable performances. Now she has talked in length about being single mother and shares pictures of her daughter. Check inside.

Right from Indra in Paan Singh Tomar, Anusha in Not A Love Story, Madhavi in Saheb, Biwi Aur Gangster and Saheb, Biwi Aur Gangster Returns, Charu in Buddha in a Traffic Jam to Kahaani in Wedding Anniversary and Teacher Rosy in Phamous, Mahie Gill has been impressing the audience and critics alike with her mature and sorted performances all this while. She has got so many accolades for her professional career and her graph has also risen, but her personal life was little known until a few days back when she herself talked about it. (You May Also Like: Gauri Khan Reveals The Effects Of Being Superstar Shah Rukh Khan's Wife In Her Professional Domain)

For the ones who have come in a little later, Mahie Gill has recently declared that she is a single mother to her 3-year-old daughter, Veronica. Defending herself on why she didn’t talk about her all this while, she had said that she was never asked this question. She also revealed that she is unmarried and is in a live-in relationship with her boyfriend. Mahie was quoted as saying, "I have a boyfriend. He is not a Catholic. He is a businessman.” Now, Mahie has shared pictures of her little one, Veronica, with the Hindustan Times and the little one looks really beautiful. There are two pictures of Mahie and Veronica that the former has shared. In one of the snaps, we can see the mother-daughter duo taking a dip in the swimming pool and enjoying their quality time. Another picture is a solo one of Veronica, wherein she can be seen posing at a photobooth. Checkout the pictures here: In an interview with the Hindustan Times, Mahie opens up in detail about her daughter. Firstly, citing the reason why she didn’t put up pictures with her, Mahie retorted, “There are personal reasons as to why I didn’t post Veronica’s picture on social media. I’m a very private and shy person and there are a lot of things that have happened in my life which have never come out in public.” (Also Read: Tiger Shroff Finally Tells Who Pays His And Disha's Dinner Date Bills, Every Couple Should Follow) 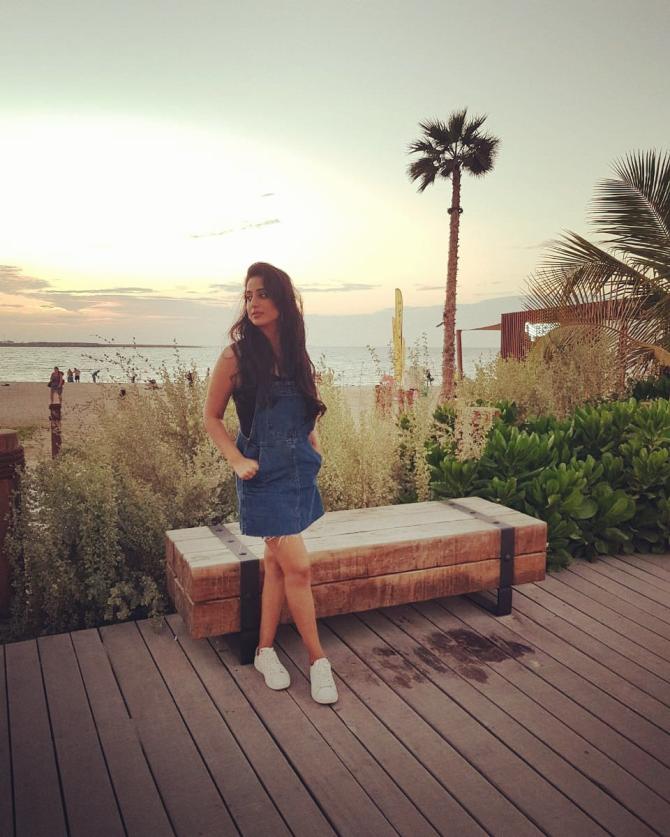 Quashing the rumours about her child being born through surrogacy and being adopted, the Saheb Biwi Aur Gangster actress quipped, “She is my biological child. When I got pregnant, I took a break for a year from acting since no interesting project came my way. Thus, my pregnancy never came in the public eye. Then, Veronica was born in August 2016, and I got busy with her and started losing weight as well till the time I got my next project which was Sahib Biwi Gangster 3 (2018).” When she was further probed to tell if she was scared to come out in public about her daughter, Mahie remarked, “Being unmarried and having a biological baby might be a taboo even now in society but I don’t think it’s a big issue at all.” Though she poured her heart about Veronica, she was not willing to talk about her boyfriend. This was what the 43-year-old actress said when asked about her man, “Hai koi, I’ll share it soon someday. He doesn’t want to come into the limelight as he is not comfortable with it. All I can say is that he is a Hindu boy from Jammu and is based in Goa. He is in the hotel management business and we first met 10 years back on a cruise from Mumbai to Goa.” (Must See: Shahid Kapoor's Wife, Mira Rajput Kapoor Shells Out Bridesmaid Fashion Goals In A Blush Pink Lehenga) 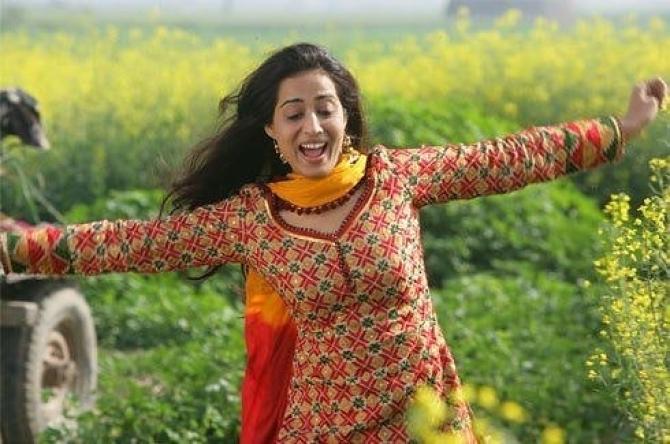 Mahie also revealed that they have a long-distance relationship and said, “The best part of our relationship is that we give space and freedom to each other.” Further talking about if marriage is on the cards, she said, “I feel marriage is a beautiful thing and maybe next year, I’ll tie the knot with my boyfriend. There is no pressure of marriage though. If it happens, it will be a very simple Hindu wedding ceremony. I don’t want to make it a big affair.”

Mahie also revealed that her first marriage happened when she was only 18 years old. It failed and now she has a better understanding of going about it, “I got married after I finished my studies and it was a love marriage. Things didn’t go smoothly between us because we were immature and couldn’t connect well. But whatever happens, happens for good. I’m very happy with my life right now. I found true love in my boyfriend and will soon tie the knot.” 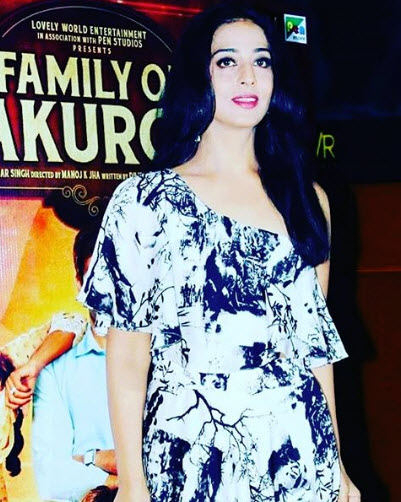 Earlier, talking to the India Today, Mahie had shared that she will think about posting Veronica’s pictures. She was quoted as saying, "I am getting a lot of calls for her pictures (laughs). I will eventually share her picture. I don't know how haven't thought about it. It just happened all of a sudden. Since two days, I can only hear Veronica, Veronica around me. Let me see if I want the pictures to come out." (Checkout: Bollywood Couples Who Did Not Carry The Emotional Baggage And Ended Their Marriage Amicably) In an interaction with the Navbharat Times, Mahie Gill had opened up about her 3-year-old daughter to whom she is a single mother. Mahie was quoted as saying, "I am very proud that I am the mother of a daughter. Yes, I have not been married yet, when I want to marry, I will do it. In August this year, my child will be three years old. My aunt takes care of her in Mumbai. I too live in Mumbai most of the time."

Throwing some light on giving her little munchkin a Catholic name, Mahie had gone on to add, "Her name is Veronica. She lives with me. Why I named her Veronica - When Jesus was dragged on the cross and he was being taken to Jerusalem to be crucified. A woman dared to wipe his face with her handkerchief and his image got printed on it. That woman was called Veronica. And the meaning is- She who brings victory to the true image. Thus I liked the name. And named my daughter Veronica." 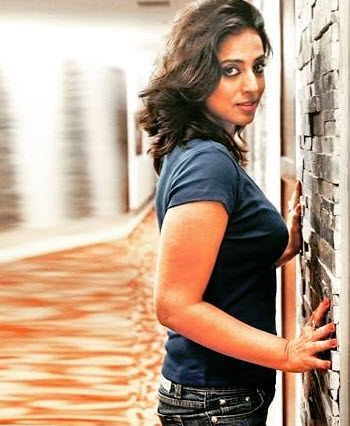 In the same interview, Mahie had also talked about her marriage plans and had quipped, "What to do by getting married? What is the need for marriage? It all depends on their own thinking and time. Families and children can be made without marriage. There should be no problem with having children without marriage, I do not think there is a problem. I am also ready to be the mother of all unmarried children. I think everyone has their own life, everyone has their own principles, to live a life, we must reassure everybody's thinking. Marriage is a beautiful thing but doing or not is a personal choice." (Also Read: Suhana Khan Is Back From London, Parties With Besties, Ananya Panday And Shanaya Kapoor, Pics Inside) 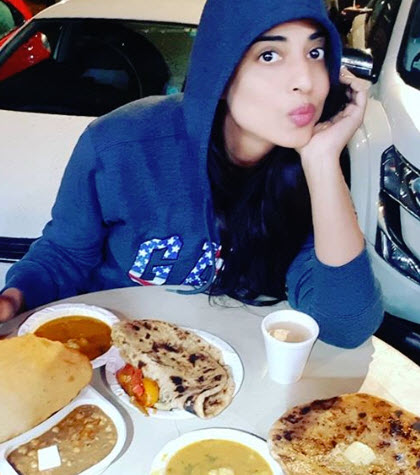 In another interaction with the India Today, stating the reason behind not talking about her little one, Mahie had quipped, "It wasn't a secret. A lot of people knew about it and I used to roam out in the open, but nobody saw me. I am a very private person and I just don't like to talk about my life, unless asked. It's just that I never spoke about her. It so happened, that somebody asked me this question and I spoke about it. Even now, if I wasn't asked about it, I wouldn't have said anything. Not that I was hiding her (Veronica). It's just that it wasn't there in the newspaper.”

Such lovely pictures of this mother-daughter duo! What do you have to say about Mahie and her daughter’s pictures? Keep us posted!