From a carefree life to a responsible mommy life, takes a lot of effort, and television actress, Mahhi Vij is acing it. Check out her perfect reply to a user suggesting her cream for dark circles!

The journey of being a mother is not at all easy and it is just the start of a crazy life. From a carefree life to being a responsible 'mamma bear', it takes a lot of effort. Your long days turn into sleepless nights, but you will start loving the 24*7 job of being a mother. There might be days when you doubt yourself but in the end, you will master the art of nurturing a happy baby. And television actress, Mahhi Vij is enjoying every second of being a mother to her 11-month-old baby girl, Tara Jay Bhanushali. (Recommend Read: Arti Singh Opens Up On Her Struggle With Depression, Admits Worrying That No One Will Marry Her)

Mahhi Vij and Jay Bhanushali had embraced parenthood in August 2019. Since then, their Instagram feeds are filled with adorable pictures and videos of their littlest angel. While Jay is a hands-on father, Mahhi is acing her role as a mommy. But still, there are few people, who loves giving unwanted suggestions and Mahhi often gets subjected to it. Recently, a fan of her gave her a suggestion to combat under-eye dark circles. Scroll down to know more! On July 5, 2020, Mahhi Vij took to her IG stories and shared pictures and videos from her post-cycling session to stay fit. And that's when, her under-eye dark circles caught a fan's attention, who messaged her suggesting an eye serum for her dark circles. Mahhi, who’s daughter Tara is now 11 months old, gave a befitting reply and wrote, ‘Yeah dark circles which I never had in my life but they are worth it as I am looking after my child. No help even more than her I’ll get I am a lil paranoid.’ 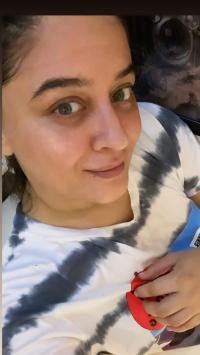 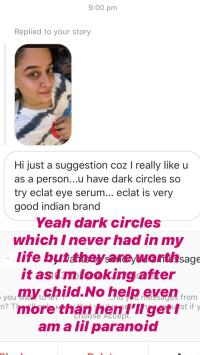 Well, someone rightly said, ‘The natural state of motherhood is unselfishness. When a woman becomes a mother, she is no longer the center of her own universe. She relinquishes that position to her child.’ A couple of weeks ago, Mahhi had shared a beautiful picture of her daughter, Tara. In the picture, we could see Tara wearing a casual ensemble with a flower in her hair. The little girl had flashed her brightest smile for the camera. Alongside the picture, Mahhi had written a 'thank you' note for her baby girl that could be read as "Tara, you fill my world with happiness. Whenever I feel low I just have to hug you tight and I feel so light. Thank you, angel, for choosing us. Thank you for being a healer to so many who need that smile in these difficult times. We love you @tarajaymahhi." (Also Read: Shilpa Shetty's Husband, Raj Kundra Makes Memes Out Of Their Married Life And They Are Hilarious) 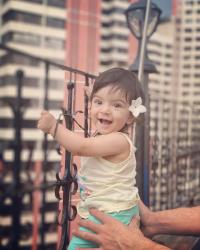 In an interview with ETimes, Mahhi had revealed the best moment of her pregnancy journey, which was when she had held her little girl in her arms. She had stated, "Being a mother and the entire process of becoming a mother when they were taking me inside the OT and Tara came into our lives, it has become my most precious moment, a lifetime memory." (Don't Miss: Sameera Reddy Shares A Glimpse Of Nyra Enjoying Her Brother, Hans' Online Classes, Looks Adorable)

Well, Mahhi is a perfect mommy!