Kangana Ranaut is one such actress from B-town who does not like to mince her words during interviews or media interactions. Just like her professional life, Kangana has been like an open book about her personal life as well. Despite being linked-up so many times, Kangana is still waiting to find the man of her dreams. Her affairs with Aditya Pancholi and Hrithik Roshan had always made it to the headlines. (Also Read: The Alleged Love Affairs Of Bollywood's 'Queen' Kangana Ranaut That Lead To Controversies)

Kangana was also in a relationship with Shekhar Suman’s son and her Raaz: The Mystery Continues co-star, Adhyayan Suman. Kangana and Adhyayan instantly hit off on the sets and before we knew it, the two were officially a couple and made appearances together everywhere. But fate had different plans for the lovebirds and soon they parted ways on a bitter note. Before we get into the details about Kangana and Adhyayan breakup story, let us come to the good part. Adhyayan has finally found love, after his bleak past, and is now in a relationship with Maera Mishra – a former contestant of the ongoing season of MTV Splitsvilla.

Are Maera Mishra And Adhyayan Suman Married? She Wears 'Sindoor' And 'Mangalsutra' For Karwa Chauth When BollywoodLife contacted Maera, she revealed a little about her budding love life with Adhyayan and was quoted as saying, "We are good friends and are quite close." Commenting on the ongoing social media PDA, Maera confirmed the relationship and stated, "Well, it is quite visible on social media, but we really don't wish to talk more about it. I've known him for a while." Though she remained tight-lipped about her relationship with Adhyayan, Maera did shed some light on it. She remarked, "It is a great relationship. We are currently enjoying the phase. Of course, there are plans for the future, but it is too early to speak about it." 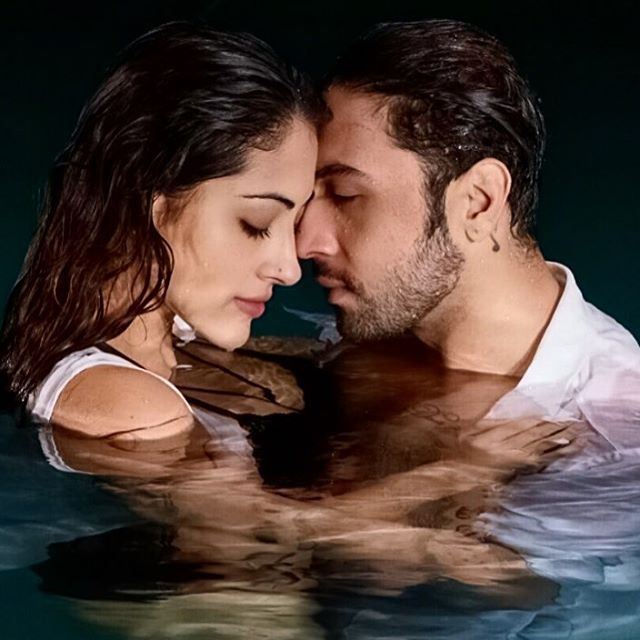 Maera also expressed her concern about the media coverage of their relationship wherein certain media portals have referred to Adhyayan as Kangana Ranaut's ex-boyfriend. Elaborating on the same, Maera shared, "He gets offended when people call him Kangana's (Ranaut) ex. And I completely understand it. She is his ex and not vice versa." 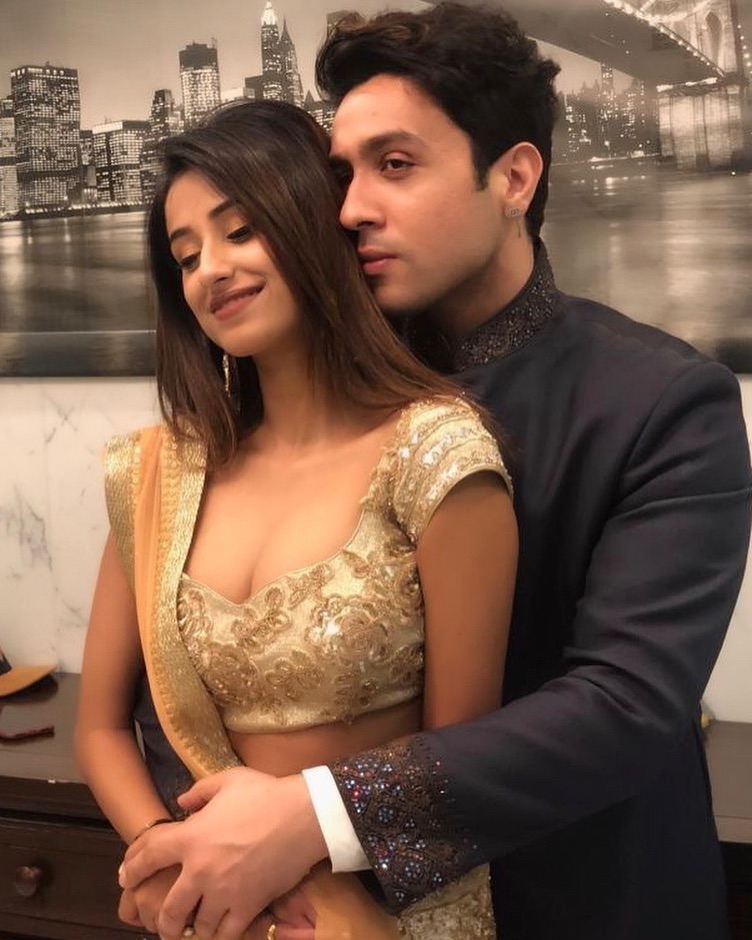 Coming back to Kangana and Adhyayan’s story, the latter changed his number and even left the country post their breakup. Adhyayan also alleged that Kangana practised black magic and would beat him so hard that he “was almost crying”. In an interview with Barkha Dutt, when Kangana was asked about the same, she said he was just being opportunistic and paid no heed. She further added, “He was 95 kgs and I was of 49 kgs. How could I ever hit him? I wouldn’t be able to? However, now that I look at it, I should have hit him.” (Also Read: Prateik Babbar And Sanya Sagar's Haldi And Mehendi Ceremony Was All About Fun, Pics Inside) Revealing how everything started between them, Adhyayan shared in an interview with DNA, “In 2008 while shooting for the O Jaana song for Raaz 2, we started getting close. We used to go for drives and dinners. One day I took her for dinner at The Taj. I was immature as any 20-year-old and we got into an argument about our exes (hers was Aditya Pancholi) when she got angry and created a scene. She said she was going to the restroom. I waited for an hour then I called her. She told me she was at home. I didn’t understand at that time that there was something eccentric about her behaviour. I was like chalo theek hai…” 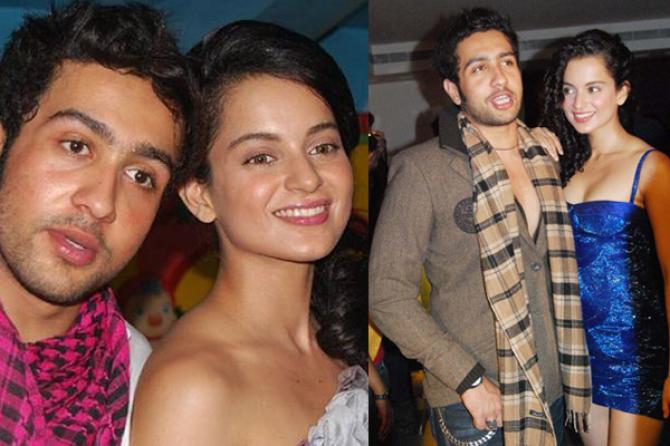 Adhyayan further continued, “The next morning when I went to her Lokhandwala home to say “sorry’ with flowers, she didn’t let me in. She told me, “F*** off! It’s over.” Dad called her and she said, “I won’t let him in, Sir. Please tell him to go.” She made me beg for a very long time. I waited for five hours on her steps. I was doing things I never thought I would do. She got me to shave my hair off while attending the Filmfare awards. I didn’t question it. My hair never looked uglier but she felt I needed a new style. And then on the stage, she thanked everyone for the award. The camera was on me for a very long time but she didn’t mention me. She was walking ahead and I was walking behind her like her bodyguard. It was humiliating.” 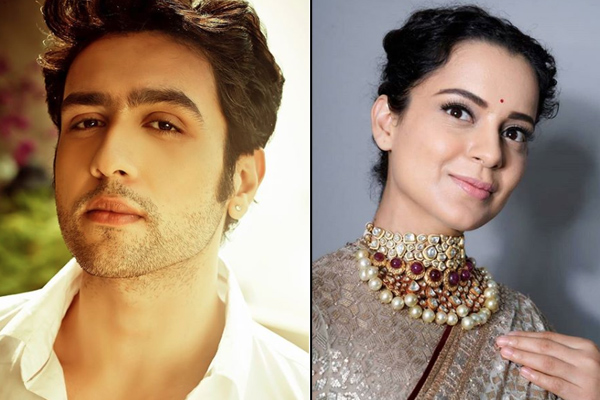 When asked if there were fights and arguments before the breakup, Adhyayan replied, “Yes. I’d always see her eccentric behaviour as a woman’s emotions. But it started getting worse. One day when I was at her house, time, Bhattsaab called me after seeing the rushes of Raaz 2 and told me he loved my work and he would direct me. He quit directing by then, so I was like ‘Wow, that’s amazing!’ I was talking on speakerphone and she was hearing everything. She told me, “Behen**** mujhe koi kyun nahi phone kar rahe yaar?” That was the first time I heard her abuse.  I was made to feel guilty and like shit for no reason. I realised that she wasn’t happy that the Bhatts had started giving me so much attention. I made sure that Mukeshji and Bhattsaab called her told her how good she was too.” 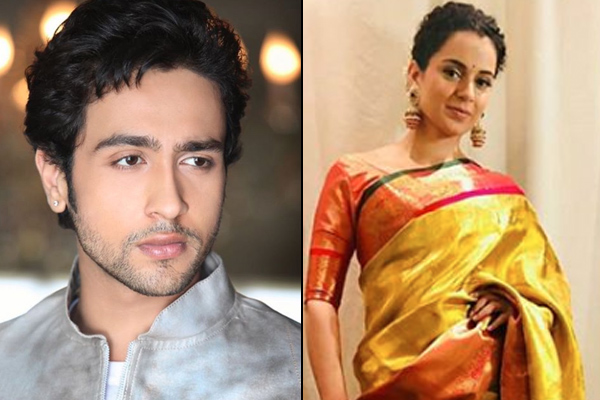 Sharing that he was depressed after their breakup and why he didn’t talk about the same then, Adhyayan was quoted as saying, “I couldn’t. I was depressed. She was telling people how I suddenly broke up one day and was getting the sympathy. I didn’t have the energy. I was too weak to defend myself and thought no one will want to believe me. The entire feeling of being called a loser, and people calling me “Kangana’s boyfriend”, had taken its toll and robbed me of my confidence. Then it became all about how I had used her. But people called me and said, “Dude it was a very simple plan. She wanted respectability as she came out of an extra-marital affair and she wanted to get hooked to someone from a respectable Bollywood family. And the moment she got success she would be out from your life in a jiffy.” That’s exactly what happened. She wasn’t even a star when I met and we started dating. It was me who came from a star background so who used who?” (Also Read: Sheena Bajaj And Rohit Purohit Are Now Married, Wedding Was A Dreamy Affair, Pics Videos Inside) We are happy for Adhyayan Suman, who has finally found love and peace in Maera’s company! Son of actor, Shekhar Suman, Adhyayan Suman has been ruling the headlines for his recent breakup with his girlfriend, Splitsvilla fame, Maera Mishra. A few days back, Maera had confirmed the news of her breakup with Adhyayan and that they are no longer a couple. Talking about their relationship, the

Are Maera Mishra And Adhyayan Suman Married? She Wears 'Sindoor' And 'Mangalsutra' For Karwa Chauth