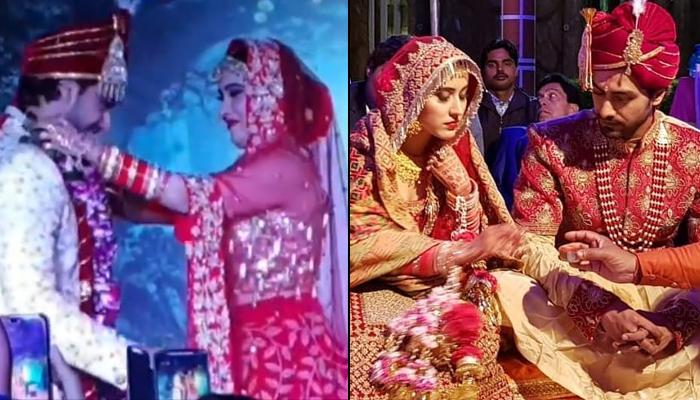 Finally, the Sajan Ji Ghar Aaye moment arrived for Tujhse Hai Raabta actress, Sheena Bajaj when her fiancé, Bharatvarsh actor, Rohit Purohit came with Band Baaja Baaraat to take his dulhaniya on January 22, 2019. After being in a relationship for over 4 years, Rohit and Sheena became husband and wife and embarked their journey of ‘happily ever after’, in a resort on the outskirts of Jaipur amidst family and friends. (Also Read: Lyricist Sameer Anjaan's Daughter's Starry Wedding, Amitabh, Jaya, Anil, Javed And Others Attended)

The pre-wedding ceremonies began on January 21, 2019, with the haldi, mehendi and engagement ceremonies. While Sheena looked radiant in a pink and yellow lehenga, Rohit looked dapper in a yellow and white kurta-pyjama and a beige coloured Nehru jacket. Sheena shared the picture on her official Instagram handle and captioned the pictures as, “Haldi... lo kar Dee zindagi tere naaam @rohitpurohit08”. While Rohit captioned his post as, “Haldi-mehndi celebrations #srp”. Here are some of the pictures from their haldi and mehendi ceremonies. 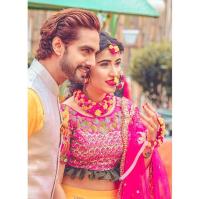 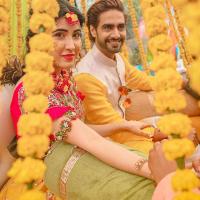 Sheena and Rohit’s engagement photo was shared by Razia Sultan actress, Zara Barring. She captioned the following group picture as, “Many, many congratulations to the lovely couple, @rohitpurohit08 and @imsheenabajaj on the occasion of their engagement. May God bless you both with an eternity of mutual #love, respect, and #togetherness. Looking forward to the big day tomorrow!!!! Lotsa love and #blessings!!! #yaarkishaadi #rohitwedssheena #rohitpurohit #sheenabajaj #shaadi”. (Also Checkout: Ambani's 'Choti Bahu' Radhika Merchant Looks Jaw-Dropping In An Icy-Blue Sabyasachi Lehenga) 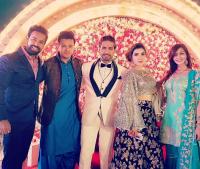 Zara shared some more glimpses from their wedding that took place amongst friends and family on January 22, 2019. While the bride, Sheena looked resplendent in a red lehenga, her groom Rohit complemented her well in a red-golden coloured sherwani. Here are some pictures and video from their engagement and dreamy wedding: 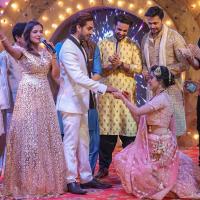 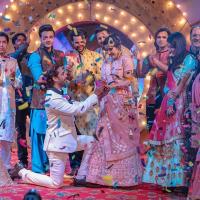 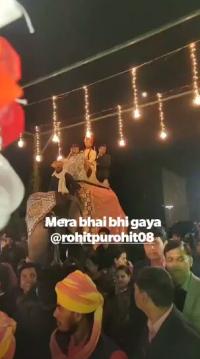 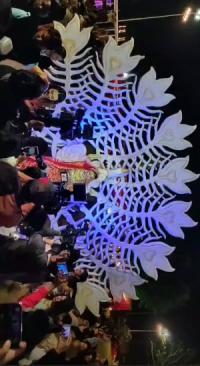 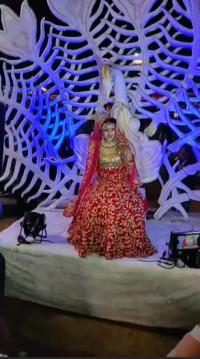 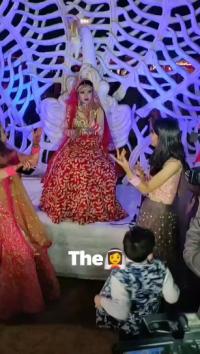 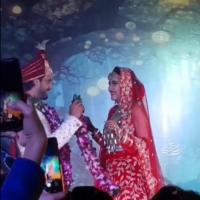 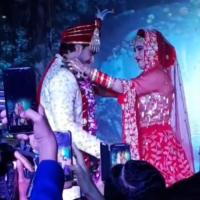 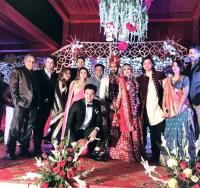 Confirming their wedding and revealing the details about the same, Sheena Bajaj shared to The Times of India, "The wedding is on the 22nd and the pre-wedding functions, including mehndi, haldi, sangeet and engagement, will be held on the previous day. All functions will be held in Jaipur.” Rohit had further added, “We plan to follow both the traditions- Marwari and Punjabi." (Also Read: Mohena Kumari Singh Of 'Yeh Rishta Kya Kehlata Hai' Confirms Engagement And Wedding, Details Inside) 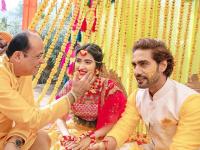 Sharing that she has always been sure of Rohit, Sheena was quoted as saying, "I get really affected when Rohit and I fight, which results in unpleasant rumours. The only thing I have always been sure of is that I want to be with Rohit at any cost. He made the decision of getting married early and here we are.” 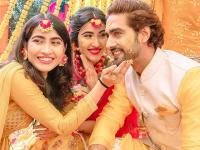 Speaking about their 5 year age gap, Rohit went on to say, “The age factor doesn’t really matter. In fact, in my case, my parents felt that I was ready for marriage when I turned 22. So, in that sense, I am already late (laughs!). Sheena and I have been together for five years and it felt right to take the plunge.” On their honeymoon plans, Rohit went on to reveal, “As a couple, we don’t plan anything. We will decide where to go on a honeymoon after the wedding." (Don't Miss: Taimur Ali Khan Crying In Front Of His Abba Saif Ali Khan For Chocolate Will Break Your Heart) 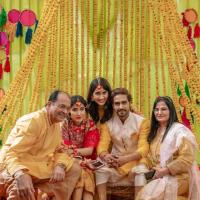 Revealing that she had proposed to Rohit and it wasn’t the other way around in their case, Sheena had remarked, "We met on the set of Arjun and I developed a liking for him. We stayed in touch even after the show went off air and started dating six months later. I proposed to Rohit, as he is not the kind to confess his feelings. I went with flowers, chocolates and a cake and told him that I want to see him every day of my life. He simply replied ‘okay’, which I took as a yes." (Also Read: Unseen Pics Of Deepika Padukone Giving Bridesmaid Goals From Her Cousin's Destination Wedding) 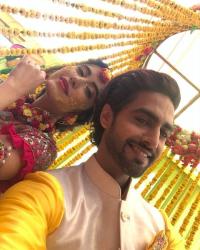 Congratulations to the newly-wedded couple, Sheena and Rohit! Disney’s favourite star, Sheena Bajaj got married to the man of her dreams, Rohit Purohit, on January 22, 2019, in a big fat Indian wedding. Their relationship had hit rock bottom multiple times before their marriage, with one unfollowing the other from their social media handles and deleting all their