On July 22, 2020, Maanayata Dutt turned 42 and she celebrated her birthday with her twins, Shahraan Dutt and Iqra Dutt in Dubai. She missed her hubby, Sanjay Dutt during the celebrations. It is indeed true that age is just a number! Time and again, celebrities have proved the aforementioned saying by ageing so gracefully that it becomes difficult to guess how old they are. Like fine wine, they just get better with age. Sanjay Dutt's wife, Maanayata Dutt is no different when it comes to ageing gracefully. Maanayata celebrates her 42nd birthday on July 22, 2020, but one glance at her and you can't say she looks even one day older than 24. Just like us, her son, Shahraan Dutt too feels the same and Maanayata gave a proof of it. (Also Read: Trishala Dutt Reveals How Her Mental Health Suffered Post Death Of Boyfriend And How She's Coping Up)

Before we move on to Maanayata Dutt's 42nd birthday celebrations, let us take a recap of her blissful life with her hubby, Sanjay Dutt. It was in 2008 when Sanjay and Maanayata were pronounced husband and wife, and two years later, their happy married life became happier with the arrival of twins, Shahraan Dutt and Iqra Dutt. Maanayata has stood with Sanjay and his family like a strong pillar of strength and has been living her 'happily ever after' with her husband and their twins, Shahraan and Iqra. 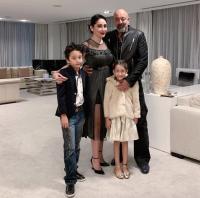 Due to the lockdown, Sanjay Dutt is away from his family as he is in Mumbai and Maanayata Dutt with their twins, Shahraan Dutt and Iqra Dutt are in Dubai. Sanjay and Maanayata wish they could have spent this time together as a family with kids and not countries apart. On July 22, 2020, Maanayata turned 42 and she celebrated her birthday with her twins, Shahraan and Iqra in Dubai. Maanayata has twinned in white with her little munchkins as they celebrated her birthday but missed her hubby, Sanjay during the celebrations. Shahraan flipped his mommy's age on the birthday cake and we totally agree that Maanayata doesn't look a day older than 24! Here are the pictures from Maanayata's birthday celebrations: 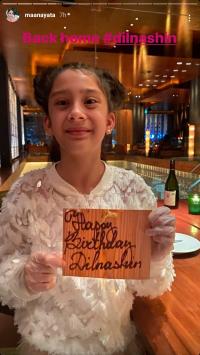 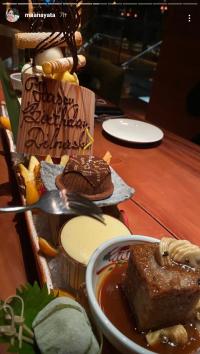 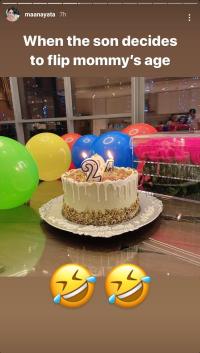 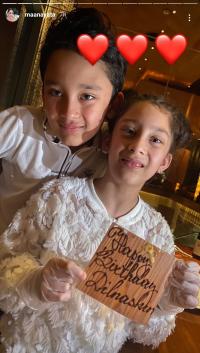 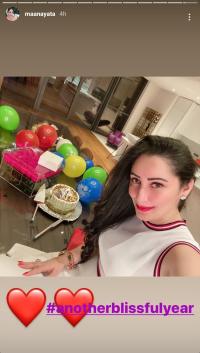 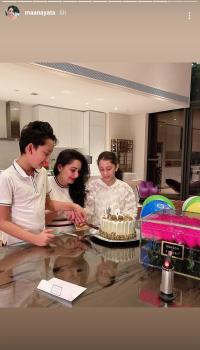 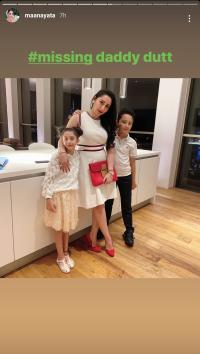 To wish his wife on her birthday, Sanjay Dutt posted a video comprising of their memories together and captioned it as "Happy Birthday Mom. For those of you who don’t know, I call her Mom. Thank you for coming into my life & making it so beautiful. You are amazing & I love you so much! I wish I was there with you & the kids today but I hope your day is as special as you are to me." (Also Read: Maanayata Dutt's Comment On Step-Daughter Trishala Dutt's Picture With Mom Richa Sharma Is Pure Love)

Maanayata Dutt posted a picture from her birthday celebration, flaunting her gorgeous white dress which she had paired with red heels. Being grateful on her birthday, Maanayata captioned her post as "Another fresh new year is here...another year to live!! To banish worry, doubt and fear....to forgive and to love #bringiton #turningayearolder #love #grace #positivity #dutts #beautifullife #thankyougod." 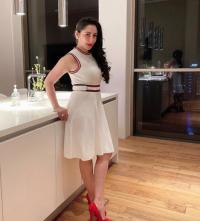 In an interview with ETimes, Maanayata Dutt had revealed how she is managing her kids, Shahraan Dutt and Iqra Dutt alone in Dubai and how things would have been easier and happier if the family was together during the lockdown. Maanayata had said,  "I just wish we were together as a family and not living in different countries. Things would have been easy and lockdown wouldn't have looked like a task as this would have been the perfect time for Sanjay to spend time with the kids. So this is something I regret a little. The lockdown was sudden and unexpected, so being away from home feels bad but in the end, we make the most of it." 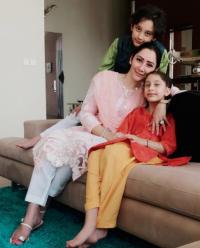 Sanjay Dutt had expressed how much he misses his wife, Maanayata Dutt and twins, Shahraan Dutt and Iqra Dutt as he is stuck in Mumbai while they are in Dubai. In an interview with The Times Of India, Sanjay had said, "In the past, I have spent periods of my life in a lockdown. Back then and even now, the one thought that stays with me is the way I miss my family. For me, they are everything. Thanks to technology, I can see and talk to them multiple times in a day, and yet, I miss them terribly. These times teach you about the fragility of life, and the value of moments spent with your loved ones. We should count our blessings, and never take them for granted. Although I have them virtually with me, there is a difference. As a father and husband, I am worried about their safety, even though I know that they are fine." (Also Read: Sanjay Dutt Reveals His Mom, Nargis Was Louder Than Wife, Maanayata, Says She Never Lets Him Fall) 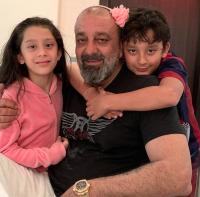