It's been a year since Trishala Dutt's beau had passed away and to mark his first death anniversary, she has penned a long emotional note revealing how she had resorted to grief work post his demise. Losing someone to death is the toughest experience of life and it's never an easy thing to come to terms with. When your partner leaves for the heavenly abode, you lose a part of yourself and everything changes in an instant. Life no longer remains the same and you're left shattered and unable to deal with the loss as you don't have that person with you anymore, who used to help you overcome the toughest phases of your life. Speaking on the similar lines, never did Sanjay Dutt’s first daughter, Trishala Dutt (from his marriage with first wife, Richa Sharma), would have imagined that she will have to write a R.I.P. note for her boyfriend so soon in her life! (Also Read: Sushant Singh Rajput's Sister, Shweta Shares A Hugging Picture Of Her Daughter With Her 'Mamu')

It was an unfortunate day on July 04, 2019, when Trishala Dutt, for the first time, had posted a cropped picture of her boyfriend and the caption had shattered our hearts into a million pieces! The caption had suggested that Trishala has to deal with an irreparable loss for her life as she had lost her boyfriend, whom she deeply loves. Trishala had written, “My heart is broken. Thank you for loving me, protecting me, and taking care of me. You have made me the happiest I’ve ever been to. I’m the luckiest girl in the world to have met you and beyond blessed to have been yours. You will live in me for eternity. I love you & I will miss you. Until we meet again. Forever yours, xo your Bella Mia #RIP October 07, 1986 - July 02, 2019. I love you more today than yesterday but not as much as tomorrow.” 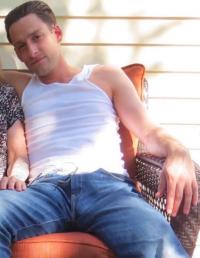 On July 2, 2020, it has been a year since Trishala Dutt's beau had passed away and to mark his first death anniversary, the star daughter penned a long emotional note revealing how she had resorted to grief work post his demise. Sharing an all-smiling picture with her beau as they hugged each other, Trishala wrote, "Today marks 1 year since the ground beneath me seemed to crumble and my life changed. I’ve done a lot of grief work—from talk therapy, to joining specific support groups & being more intentional with how & who I spend my time with. I’ve also been somewhat absent from social media over the past year." 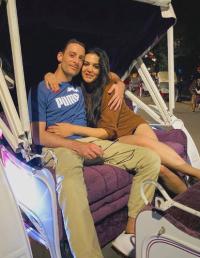 Trishala Dutt, daughter of Sanjay Dutt and his late first wife, Richa Sharma, had lost her mother at the age of eight due to brain tumour. On December 10, 1996, Richa had taken her last breath and since then, Trishala has been staying with her maternal grandparents in the US. On the lines of how her mom's demise hasn't prepared her to deal with the loss of her beau, Trishala continued, "Losing my mom at the age of eight & working through that for over two decades, surprisingly, did not prepare me for loosing this beautiful soul. It’s not just the passage of time, you don’t get over it or move on just because a year or twenty go by. You have to face the darkest moments & ride out the rollercoaster of emotions for the rest of your life. I knew grief wasn’t only sadness, however, I’d forgotten it creeps up in the sneakiest of ways." (Also Read: Govinda's Son, Yashvardhan Met With An Accident With Yash Raj Films' Car, Actor Sad With YRF's Take) 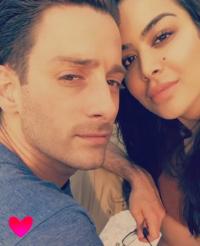 Describing how her mental health had suffered in the past one year and her way to deal with the same and the loss of the love of her life, Trishala Dutt added, "In the past year I’ve cried to a point where I’ve ran out of tears. I had to quit my job because how could I take care of someone’s mental health if my own was a disaster? I’ve had several public breakdowns where strangers have come up to me and asked if I needed any assistance. I’ve also eaten everything in sight and gained 30lbs (13kg). But it’s fine. It happens. Its the process, and it’s nothing I can’t fix once I’m in the right mind-set (and I’m happy to share my mental health and physique has gotten so much better!) Also, I’m not ashamed to admit it’s because of an amazing therapist, support groups, and 3 beautiful friends. Everyone processes loss differently, and there’s no right way to do it. However, for me, in this current moment, it’s helpful to be surrounded by things that remind me of him." 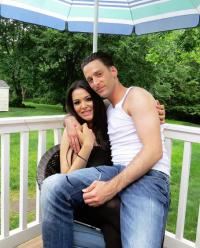 Praising her late beau for welcoming her into his family and flaunting his girlfriend as his entire heart to everyone every time, Trishala Dutt revealed she still holds on to his memories and favourite things. Trishala continued, "I have text messages and handwritten notes. I still have his toothbrush, listen to some of his favorite songs/artists, and have his T-shirt that smells just like him. I’m beyond grateful for the time we had together. He lived his life boldly, out loud, and took advantage of each and every day authentically. He was the utmost gentleman who always made me feel safe. He made me laugh and loved to joke around. He was kind, gentle, thoughtful, and always chose to put me first. He was helpful, supportive, and a great listener. He trusted me, took good care of me, and took great care of my heart. He respected me, never judged me, and welcomed me into his family. He never left my side, never EVER let me go to bed upset, or left me wondering where I stood in his life. He made sure to let me and everyone else know that I was his entire heart every, second of everyday. To me, he was magic." 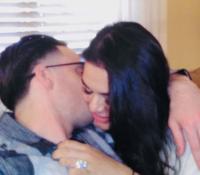 Concluding her note by calling herself the luckiest girl in the entire world, Trishala Dutt ended with "It was a joy to be a part of his life. He will always be apart of my journey, and my story. My memories are all I have left of him, and I will never ever forget him. I’m half a heart without him, but even with that, I still and will always be and feel like the luckiest girl in the entire world to have been his...as he was mine. October 07, 1986 - July 02, 2019." (Also Read: Ileana D'Cruz's Reply On A Fan's Question About Her Relationship Status Will Leave You In Splits) 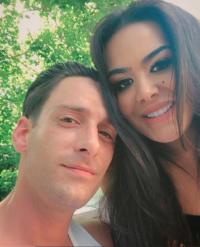 The way Trishala Dutt has openly spoken about her journey with her late beau and how she has been dealing with the irreparable loss is inspiring! We pray for more strength for the star daughter.