Together For 30 Yrs Now, Sunil And Mana Shetty Had To Wait For 9 Yrs To Get Married, Cute Love Story

Together For 30 Yrs Now, Sunil And Mana Shetty Had To Wait For 9 Yrs To Get Married, Cute Love Story 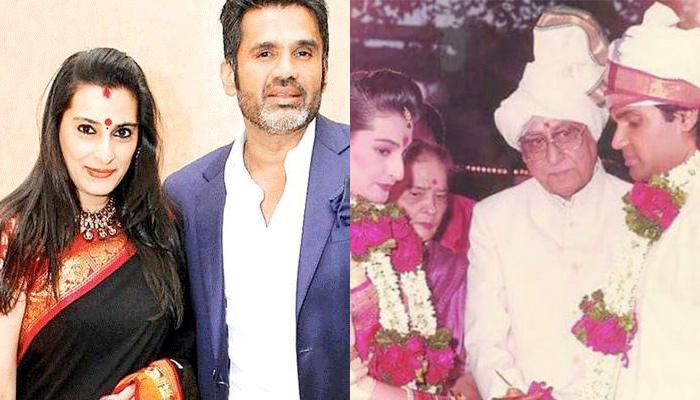 Relationships in showbiz are fickle. Time and again we have seen B-town couples, who swore of undying love for each other either get divorced, remarried or are cheating on their partners.

To come across couples who have stayed together for decades in this industry is definitely an achievement. Suniel and Mana’s relationship is one of those few relationships that have withstood the test of time. Let’s dig into their classic love story and find out what makes it so special. 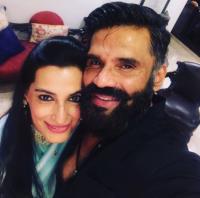 Suniel Shetty was a long-haired stud, when he saw Mana for the first time at Pastry Palace on the Napean Sea Road, a place he frequented the evenings to meet his friends. Completely smitten by her beauty, Suniel did what any other boy of his age would have done, he got friendly with Mana’s sister so he could get introduced to her. 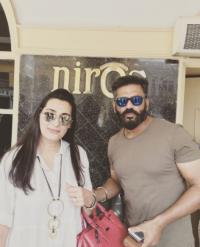 After a few more meetings, he realised that she is the one and he should share his feelings with this pretty girl. Suniel, then asked a common friend to organise a party and invite Mana as well. After the party, they went on a bike ride and realised they had fallen for one another. Their love gradually deepened and brought them even more closer.

When cultural differences wasn’t a barrier for them 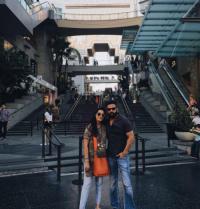 Mana, whose birth name was Monisha Kadri, hailed from a part-Punjabi and part-Muslim family, while Suniel came from a Tulu-speaking Bunt community of Karnataka. Their respective families were worried that the marriage won’t work owing to the stark differences in their culture. It took them nine long years to put their worries to rest and get a ‘yes’ from their respective families. The couple got married in 1991.

Suniel Shetty is one of those stars who got married before making his debut in Bollywood. Reminiscing about the wonderful days of her wedding, Mana shared:

“Our wedding was fun - it was a ten-day function!”

After a courtship of nine years, we totally understand how much fun the wedding would have been. Oh! And did you know, what date they chose to tie the knot? The day of Christmas! 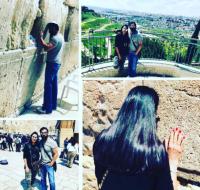 Since then, every year, it’s a tradition, where Suniel picks a destination to holiday and celebrate their anniversary. Quite unbelievable and romantic, considering the rough and tough image he has in the industry.

What makes their relationship so special? 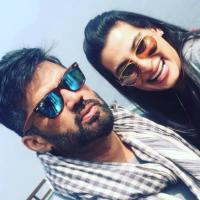 It’s hard for anyone to miss that special bond between Suniel and Mana. They have been together for more than three decades now, and still manage to keep the spark alive. Mana believes that:

“Doing things together is a great way to stay together in a marriage, literally and in spirit.”

In an interview, Mana once gave a gem of an advice to couples who have been together for years:

“It is important to stay exciting to each other, in the way you look, in some amount of independence that you retain, without being an appendage to your spouse.”

Mana certainly practices, what she preaches. Besides being a wife of a superstar, Mana is also an entrepreneur and a social worker. She has carved out an identity of her own. And, like a doting husband that Suniel is, he appreciates his wife’s creativity and business acumen. He always encourages and supports her in everything she does. Mana believes that the fact they have a separate identity beyond their family, has brought them closer.

Also Read: Sania Fell In Love With Pakistani Cricketer Shoaib. Their Cross-Border Love Story Is One Of Its Kind 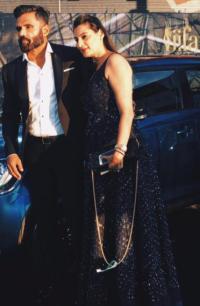 When asked, how Suniel dealt with temptations in Bollywood, he had the most fitting reply:

Unlike many others, Suniel was very comfortable with the media, being a married man when he joined Bollywood, and never shied away from flaunting his wife and kids. 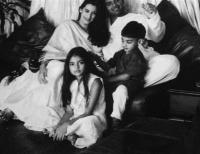 Suniel Shetty is a complete family man, who cannot stay away from his family. Once he is home, he makes it a point to spend quality time with his kids, Athiya and Ahan Shetty, who are grown-ups now, and are pursuing their dreams of becoming actors. Both the parents share a wonderful bond with their children, which portrays that they are more like friends to them. 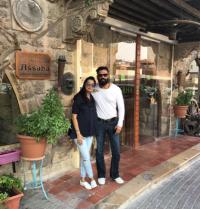 In between managing her office, charity and home; Mana still manages and loves to go to the airport to pick him up. They have kept that special feeling alive in their relationship even today, and Suniel keeps her feeling wanted which makes them fall in love even more, every second. Recently, while shooting for a reality show, India’s Asli Champion...Hai Dum!, the actor was missing his family. And Mana took no time in joining him on the set to spend some quality time with him. (Also Checkout: Sanjay Dutt Had An Affair With Madhuri Dixit When His First Wife Richa Was Battling With Tumour) 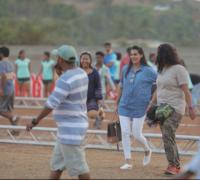 Even after 30 years of marriage, Mana and Suniel’s chemistry is so evident that even the members of the crew cannot help but say:

“Sir and Ma’am share an amazing chemistry and understanding and it’s great to see them so happy in love even after so many years of marriage.”

Check out their fun photo shoot from the sets. Don’t they look like teens in love. 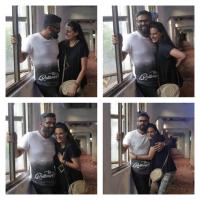 Some wonderful relationship fundas from the couple who spent more than 30 years of their life together. Mana was found quoted as saying: 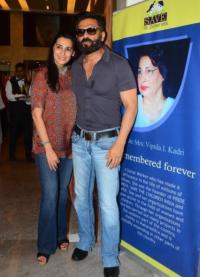 Coming across love stories like theirs reinstates one’s belief in love. We wish them many more years of happiness and togetherness.