Bollywood actress, Athiya Shetty is sweating it out in the gym with her father, Suniel Shetty in this picture and it'll give you major fitness goals for sure. Take a look!

There's hardly any doubt in saying that Suniel Shetty was one of the most popular actors of his era. However, he can still give any young actor a run for his money with his exceptional fitness and tremendous acting skills. Talking about his personal life, then the actor shares a beautiful bond with his kids, Ahan Shetty and Athiya Shetty. But just like every father on this planet, Suniel Shetty's bond with his daughter is some inches higher than his bond with his doting son. (Recommended Read: Mahhi Vij Shares Her Little Doll, Tara Jay Bhanushali's Lazy, Lovely Morning With Her 'Nanu' [Video])

We have seen them sharing selfies, getting engaged in fun banters with each other on the internet, and posting heartfelt notes on their respective birthdays. However, just when we thought about what else they can deliver us, the father-daughter duo gave us some serious fitness goals with their latest picture. Scroll down to see it! 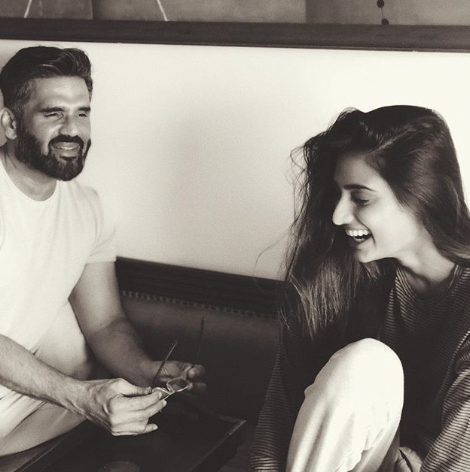 On September 15, 2020, famous celebrity photographer, Manav Manglani took to his Instagram handle and posted a picture of Bollywood actress, Athiya Shetty and her father-actor, Suniel Shetty. In the photo, we can see the father-daughter duo lifting some hand weights in the gym, while Suniel is looking straight into his own eyes in the mirror, Athiya gives a quick sweet smile for the camera. The duo has given major fitness goals to everyone as they beat the mid-week blues by pumping some iron at the gym in their Khandala Home. Take a look: (Don't Miss: 'Anupamaa' Actor, Rushad Rana Reveals The Main Reason Behind His Divorce With His Ex-Wife, Khushnum) 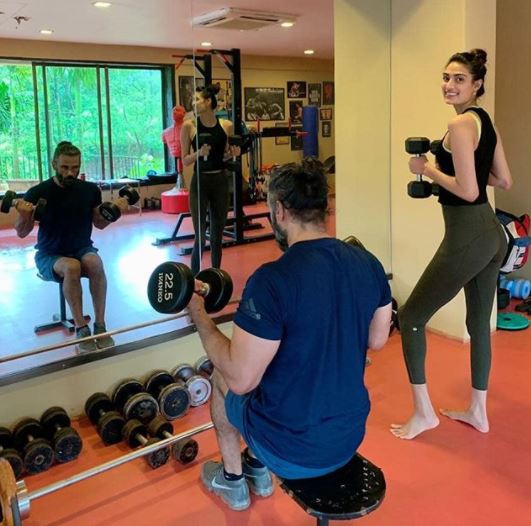 For the uninitiated, Athiya shares an adorable rapport with her father, Suniel Shetty right from her childhood, and there are several glimpses of the same on her Instagram handle. For instance, on August 11, 2020, Athiya Shetty had taken to her Instagram handle and had wished her father, Suniel Shetty on his birthday with a cute picture and video from her childhood days. In the photo, we could see little Athiya getting a peck of love from her dad, while in the video, we could see a teenage Athiya sitting on her dad's shoulders and dancing on the song, Shava Shava. Along with this, Athiya had written a caption, and it could be read as "To my wisest teacher, greatest protector, toughest workout buddy and my best friend, happy birthday! love you papa, nobody can match the size of your heart. @suniel.shetty." Take a look!

On May 3, 2020, Athiya Shetty had shared an adorable throwback family picture that had featured a little Athiya, her brother, Ahan Shetty, her mother, Mana Shetty and her father, Suniel Shetty. In the beautiful picture, we could see little Athiya looking bewildered at the camera while her little brother, Ahan was sitting behind her, playing with his sister's hair. Suniel Shetty had looked dapper as always in his white kurta-pyjama, lovingly caressing his son, Ahan and his wife, Mana could be seen smiling in the photo. Athiya had captioned the picture as "I missed the memo." Have a look at the picture here: 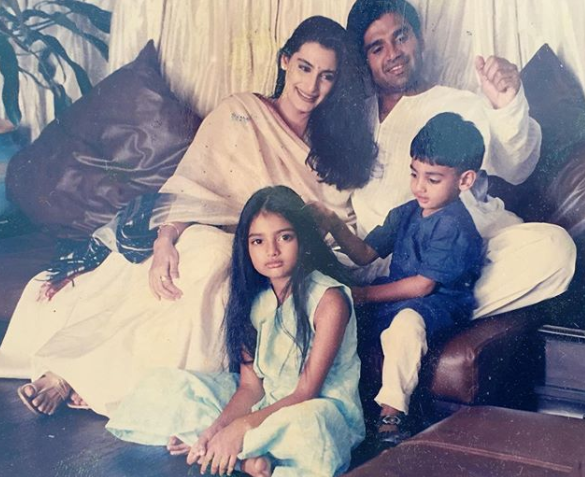 The doting daughter also shares a fun camaraderie with her superstar father and the proof of which we had seen some months ago when Athiya had engaged in fun banter with her father on Twitter. Suniel Shetty had posted a video of himself on his Twitter handle, urging people to participate in a short film-making contest, on which Athiya had tweeted and had expressed her desire to participate. Seeing her excitement on the same, Suniel Shetty had replied saying that he would love to act with her. Look at the humorous banter between the father-daughter duo here: (Also Read: CBI To Meet AIIMS Board On This Date In Sushant's Death Case, Plans To Focus On Homicide? [Details]) Did you like Athiya and Suniel's workout picture? Let us know!