Just like a perfect bridesmaid, Krystle D'Souza could be seen adjusting Kavya Joseph D'Souza’s nath at the latter's wedding and they both are teary-eyed. 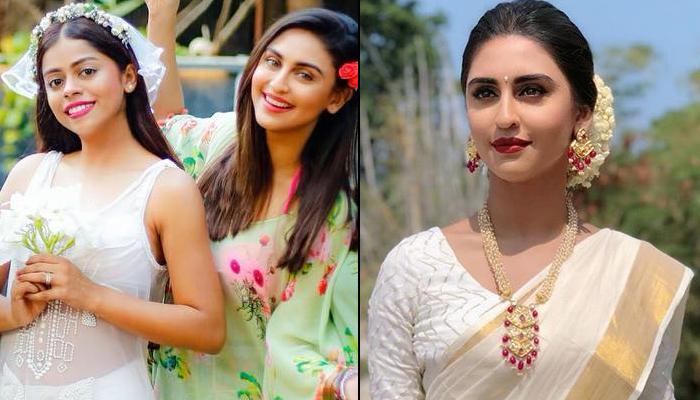 Since childhood, whenever we have thought of our sister and BFF’s wedding, crying has been always last on the list. From the engagement, the bachelorette, the mehendi, the cocktail, we have always dreamt of smiling, laughing, dancing, eating and dressing to the nines, throughout the ceremonies. But crying? Couldn't nod our head at that. Until we actually live that moment and know why people cry at weddings. And with celebrities too, things are no different. After Alia Bhatt, Ek Hazaaron Mein Meri Behna Hai fame, Krystle D'Souza gets emotional at her sister’s wedding. (Also Read: Latest Picture Of Kareena Kapoor Khan And Saif Ali Khan From London, He Flaunts An Uber Cool Tattoo)

Before sharing the sneak peek of Krystle D'Souza’s emotional moment with her sister, Kavya Joseph D'Souza from the latter’s wedding, let us first give you a glimpse of the fun-filled bachelorette bash. In January 2019, Krystle had planned a bachelorette bash for Kavya, and the bride squad looked like candy floss in the cutest blue pyjama sets, with the bride in pink. 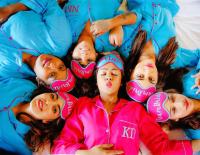 Kavya Joseph D'Souza’s bachelorette was just not confined to the bedroom. The bride squad also had a beautiful photoshoot by the beach and pool where they could be seen raising a toast to the happy times. Sharing the pictures from their photo session in room, Krystle D'Souza had written, “Bride and Team bride woke up like this Kavu’s #bachelorette begins in our @crazylazy.in personalised pajamas. Location- @thezenvilla! #bachelorette #pajamaparty #girlstrip #wokeuplikethis #bff #bridesmaids #teambride #wewokeuplikethis”. 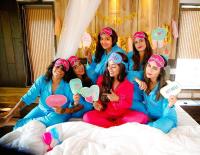 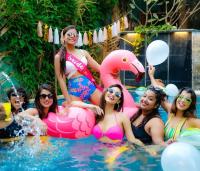 Coming back to Krystle D'Souza and Kavya Joseph D'Souza's wedding moment, a while back, the Ekk Nayi Pehchaan star posted a throwback picture from the wedding. Just like a perfect bridesmaid, Krystle could be seen adjusting Kavya’s nath and they both are teary-eyed. Dressed in a traditional white and golden Kasavu saree and accentuating it with temple ornaments and a traditional flower garland in her bun hair, Krystle had made heads turn at the wedding. She captioned the post as, “This moment. I miss you @streakhuefall” followed by a broken heart and crying emoticon. (Also Read: Shakti Kapoor Has A Witty Reaction To Daughter Shraddha Kapoor's Wedding Rumours With Rohan Shrestha)

Krystle D'Souza along with Kavya Joseph D'Souza’s bride squad had planned to surprise the then-soon-to-be-missus and gave her the white bride moment. Speaking about the heartfelt surprise by her squad, Kavya had written, “MY GIRLFRIENDS DRESSED ME UP AS A WHITE BRIDE AND SURPRISED ME TO TEARS. While chilling in the PJ's and spending time aimlessly by the beach watching the sunset was a part of the bachelorette plan everything that I'm sharing starting now was a set of planned surprises by possibly the bestst girlfriends in the whole wide world. They casually asked me to carry my white bikini set for the pool and little did I know that this awaited me. Needless to say the part-catho in me teared up overwhelmed at how close it all was to coming true now. #AnishKaVyah #Bachelorette #StreakHueFall #AnishKaVyahBachelorette”.

On April 22, 2018, when Kavya Joseph D'Souza had gotten engaged to Anish, she had posted their engagement video wherein we get a sneak peek of some beautiful moments and bridesmaid, Krystle D'Souza’s speech for the lovebirds. Kavya had captioned it as, “As if the last 11 years were not beautiful enough, this day was all of that and so much more!! This is only a glimpse, watch the complete engagement video - direct link is in my bio and highlights!! @anish_n #StreakHueFall”.

A day later, Kavya Joseph D'Souza had posted another picture with her ‘favourite monkeys’ in one frame. She had written along with it, “THANK YOU for all the love and the sweetest comments on the engagement video on YouTube and right here. Had me all emo again and it really means a lot to both of us. The link is still in my bio and highlights if you missed watching it. Also, realized how I'd not shared this picture of my favorite monkeys. #StreakHueFall #AnishKaVyah”. (Also Read: Dia Mirza Has Only One Picture With Her Biological Parents From Her Childhood, Says She Feels Robbed) 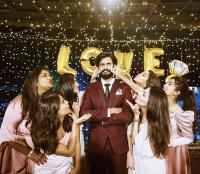 What is your favourite moment from your sister’s wedding? Let us know!