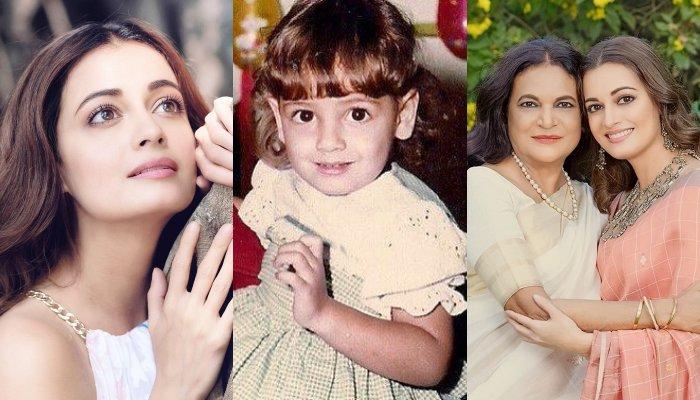 God couldn’t be everywhere, so he created parents. It sometimes shudders us to think about what would have happened to us but for their existence! You may make a thousand mistakes and feel scared about talking it out to your parents but deep down you heave a sigh of relief as you know that they will be there for you when the rain starts to fall! For those of you who don’t call your parents back, realise the importance of your existence and do so right away. For the rest of you, take a cue from this stunning 37-year-old beauty, Dia Mirza. (Do Read: Shahid Kapoor Revealed He And Kareena Kapoor Dated Within A Week Of Meeting Each Other [Throwback])

Dia Mirza had established herself as an actress from her very first superhit film, Rehnaa Hai Terre Dil Mein in 2001. She has spent over 18 years in this industry and has successfully tried her hand at modelling, acting and producing. Apart from films, Dia is currently acting as the UN Environment Goodwill Ambassador and Attorney Generals SDGs Advocate, Ambassador for Wildlife Trust Of India and Save The Children. While that was all about her professional life, let’s dig a little deeper about the actress’s personal life and childhood. 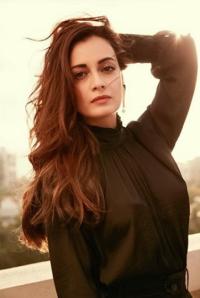 A broken marriage, attachment to her biological parents and step-parents, unhappy people in love, separation and remarriage- is what Dia Mirza has seen in her childhood. In a 2018 interview with MissMalini, Dia had spoken her heart out about her childhood. It was then that we had learnt that the title ‘Mirza’ is not taken from her biological father, but from her stepfather. For the uninitiated, it must be mentioned here that Dia Mirza’s biological father, Frank Handrich was from Germany and her mother, Deepa is a Bengali. However, when Dia was five-years-old, her parents got separated. After that, her biological mom, Deepa married Ahmed Mirza, a Hyderabadi Muslim. Dia’s step-father later died in 2003.

In a recent interview with the Mumbai Mirror, Dia Mirza shared the only picture that she has with her biological parents from her childhood. Sharing the picture, Dia stated, “I have only one photograph of myself as a baby with my mother and my father. It's precious. I feel so robbed. I can't think of too many people having just one picture with both their parents. It's my most priceless possession. That's my favourite throwback.” The Sanju actress further added, “My dad was a photographer and he would mostly take pictures of my mom and I. My parents separated when I was five. I lost my dad when I was nine. That's how I didn't collect physical memories." Here is the picture: 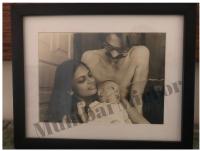 In a MissMalini interview series called Girl Tribe, Dia Mirza had spilt her heart out while talking about her parents’ divorce, her step-father and the reason as to why she took up the latter’s surname. In the interview, Dia had opened up about her parents’ divorce which had happened when she was only 5 years old. She had revealed that she was very close to her father. Dia had shared, “I was very much attached to my father at the age of 4, he was my hero. In Lage Raho Munna Bhai, the shot where I am talking about how my father has lied to me in the cab with Jimmy (Shergil), on how disappointed I am with that lie, I say he is my Hero. That line came because I always perceived my father as a hero”.

Dia Mirza had then shared how her biological parents had told her about their separation, “Haan, so that's actually a very important one. So in my mind... In the child's mind my family, my parents were ideal. My set-up was ideal. It was perfect. I think I may have seen my parents fight on very few occasions, maybe once or twice. I saw one really bad fight. But otherwise, I was never really exposed to the fights. So the first thing that I was startled about was their desire to separate." (Also Read: Shah Rukh Khan Believes Small Things Said By His Parents During Childhood Now Define Him As A Person) 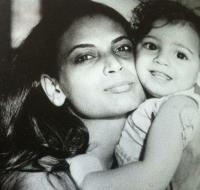 Dia Mirza had further added, "I remember distinctly my mother saying something to me that I will never forget. And I think it was a very early lesson in honesty. She said, "You know two people may love each other a lot. But it doesn't mean they can live together. I love your father a lot. He loves me a lot. But we can't live with each other. Because when we live with each other, we make each other unhappy." And the truth is that I did not fully understand what they were saying. But, I respected it because it was the truth.”

Dia Mirza had further concluded the answer with “So the court had basically given my father the weekends and my mother the weekdays. I was most upset that somebody else had decided how much time I would get to spend with him. I would wait for the weekend to go off to spend time with my father. What really created a big shift was when both of them decided to remarry and they both married very quickly.” 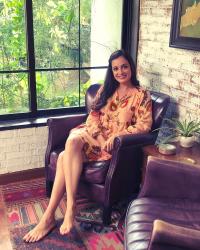 As shared by Dia Mirza herself, her parents remarried quicker than expected. What were her feelings? The Salaam Mumbai star had then shared, “It was very confusing in the beginning but... I think, I just because of the kind of people both my parents remarried and the kind of human beings they both were like my... I hate calling him my stepfather. But I do it so that people don't get confused. But my stepfather was an amazing, amazing human being. They both... my father, my stepfather and my mother consciously decided not to have another child. Because they didn't want to... what they believe traumatize me any further.”

After her parents’ divorce, Dia Mirza had to move from a half-European home to an Indian Muslim home. She had spoken on the lifestyle change that she had experienced quite early in her life and had stated, “I think the first thing that my stepfather made very clear to me was that he would never take the place of my father. And that he was not my father. He was my friend. And he would only be my father the day, I chose for him to be my father.”

Talking about her stepmother, Dia Mirza had shared, "I didn't really get much time with her because it was a very, very difficult marriage in the sense that her family was against my father marrying her so they had to kind of go away. The big, big shock was that suddenly one day my father disappeared. He didn't want anybody to find out where he was with her because they were kind of, they had kind of run away. I remember this very short phase when my father had taken this really quaint home in the outskirts of Hyderabad and my stepmother showed up one day to pick me up to take me to him.”

Dia Mirza had further added, "And I was with them for 15 days and it was the most magical 15 days because she was pregnant. And she was wonderful. Absolutely wonderful. I loved her. They were both very, very good with each other. And I think I was just really happy to see my father happy with her, with my stepmother." (Must Read: Priyanka Chopra's Mother, Madhu Chopra Shares A Childhood Picture With Her Ahead Of Her Birthday) 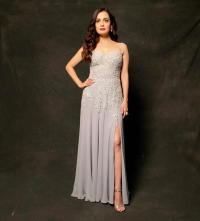 Dia Mirza’s biological father had passed away when she was 9. She had reminisced a conversation that she had with her stepfather after her biological father in the interview and had added, "And I'll never forget a conversation my stepfather had with me after my father passed away. He said, "I had promised your father never to take his place, but now that he is no more I want you to know that you have a father". I think Malini it just makes you more empathetic. I think you just discover that your parents are human. They're fallible. They are flawed. And it's an extraordinary discovery because I think as children, we grew up thinking or imagining that our parents are superheroes.  And they are not.”

Guys, how did you like Dia Mirza’s only picture with her biological parents from her childhood? Keep us posted!