Kim Sharma Has Found Love In 'Paltan' Actor After Breaking Up With Arjun Khanna?

Kim Sharma Has Found Love In 'Paltan' Actor After Breaking Up With Arjun Khanna? 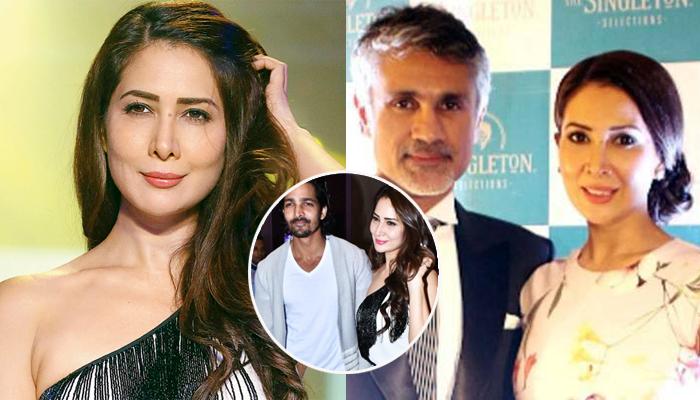 Ever since she made her Bollywood debut in the 2000 movie, Mohabbatein, Kim Sharma has been ruling the hearts of many men in India. With her gorgeous looks, cute voice and dimpled face, no wonder, she has been linked with many leading Indian celebrities. And the one name that rings the bell the loudest is Indian cricketer, Yuvraj Singh. (Also Read: Mira Rajput Shares How She Walks During Her Pregnancy, Every Pregnant Woman Will Relate To It)

Today, Yuvraj is happily married to Hazel Keech but have you ever wondered what’s Kim Sharma’s personal life like? Everyone knows that her marriage with Kenyan businessman tycoon, Ali Punjani went kaput last year in 2017. A source had then revealed to a media portal, “Ali left Kim as he got attracted to another woman. The irony is that when Ali met Kim, he was plump and not great-looking but now because he is in love, he has lost weight and looking great. But Kim is left with no money or financial security”.

This estrangement led to Kim Sharma’s financial distress and self-admittedly, she became ‘penniless’ post her separation with Ali. The same source had later revealed, “Right now, she is looking to establish her business in Mumbai to provide for herself financially. She is now a brand strategist and goes by the name Kimi Sharma (her real name). Kimi didn’t just leave their home in Kenya behind, but her job as the CEO of Punjani’s chain of hotels as well”.

But now it seems that something else is brewing in Kim Sharma’s personal life. Post Ali, Kim started dating designer Arjun Khanna. And in fact, rumour mills are rife that they got separated a couple of weeks ago. Too soon, isn't it? And now, SpotboyE has claimed that Kim Sharma has started seeing Hindi and Tamil cinema actor, Harshvardhan Rane. 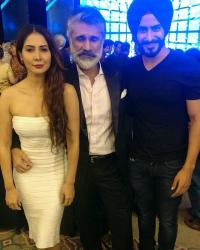 A source revealed to the media portal that Kim and Harshvardhan met a while ago through common friends and the two have been hanging out quite a lot these days. They made their first public appearance in April 2018 and were recently spotted together at designer, Nandita Mahtani’s fashion show in Mumbai. (You May Like: Yash Johar And Roohi Johar Are Ready For Paparazzi As Papa Karan Johar Cutely Admits It)

But post their first public appearance, things have been going lovey-dovey between the two. The source reveals that at a party of the upcoming movie, Paltan (in which Harshvardhan is essaying a role), the two seemed inseparable. In fact, reportedly, Harshvardhan bikes his way through the roads of Mumbai from Andheri to Khar every day to spend time with Kim. Has she finally found her fan who would move mountains for her? 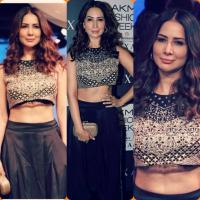 For the uninitiated ones, it must be mentioned here that before marrying Ali Punjani, Kim was in a relationship with her Spanish beau, Carlos Marin. Even though her movies never soared to break the box-office numbers, her relationship became a hot topic of the tinsel alleys.

As already mentioned, Kim also dated Yuvraj Singh once for a good span of 3 years and they separated eventually. Kim’s estranged marriage, later, with Ali has also drawn a lot of eyeballs in the past couple of years. A few media reports have often suggested that her the decision to marry a man in such a haste manner could well have been a reason for their separation eventually. 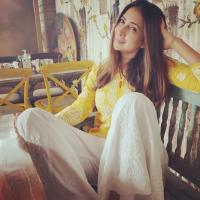 Talking about the same, Kim was once quoted as saying, “Marriage for me as well as my husband is a very private affair. After dating each other for a few months, Ali and I wanted to spend our lives together. It was all so sudden, the next thing I knew I was married to the man I wanted to spend the rest of my life with. It was almost straight out of a fairy tale”. (Suggested Read: Ishqbaaaz Fame Additi Gupta Got Engaged In An Intimate Ceremony, Shared 'He's Mine' Pic On Instagram) Well, there is no looking back for the estranged couple, it seems. But we are happy that Kim Sharma has found love in Harshvardhan Rane if the recent reports are to be believed.