Two A-listed stars of Bollywood were often spotted making the most of their whiling away time with each other. But that died soon. Why? A prince charming came riding their way and he chose to go ahead with his princess’s friend! That pretty much sums up the love story and friendship-o-meter of once BFF’s, Katrina Kaif and Alia Bhatt. (Do Read: Sara Ali Khan Wants To Marry Ranbir Kapoor And Date Kartik Aaryan, Saif Asks 'Has He Got Money?')

With rumours doing the rounds that Katrina and Alia’s friendship is not the same like it used to be after the latter started dating Ranbir Kapoor, Katrina finally spoke about her now camaraderie with Alia in the blatantly truthful, Koffee With Karan Season 6. The latest episode saw Varun Dhawan and Katrina Kaif as Karan Johar’s guests where they made some juicy revelations about their personal lives. With no more ‘Bff goals’ on social media, the Thugs of Hindostan star finally broke her silence on her current relationship with Alia Bhatt after she started dating Ranbir Kapoor. Katrina revealed, “It isn't tough for me to keep a good equation with Alia. Everyone needs to judge for themselves what's best for them and how they want to handle their equations and their relationships. My equations with Alia is independent. My equation with Ranbir is independent and same with Deepika. I have individual relationships with all. We are not everyday phone conversation buddies, but I like who she (Alia) is. There is a certain enjoyment of each other's company and a certain comfort and fun element that we have when we are together and it was a decision that I made. I respect and I value that relationship and it shouldn't change for anything.”

That’s a safe answer, Katrina. As for Varun, the actor finally confirmed dating Natasha Dalal in the same episode. Admitting his relationship on national television for the first time, the Badlapur star stated, “I'm dating Natasha. We are a couple. I plan to marry her.” To which host Karan stated that Varun’s marriage will be an emotional moment for him and said, “I will feel that I'm giving my son away. I will play the K3Gtheme, meri saanson mein tu hai samaya. Mera jeevan toh hai tera saaya. And Lali, me and David ji will have a aarti plate.” (Must Read: Taimur Ali Khan Riding A Horse In A Customised Tee Will Remind You Of Every Prince In A Fairytale) Coming back to the Katrina, Ranbir and Alia love triangle, Katrina Kaif had earlier spoken about ‘being cheated’ in one of the previous seasons of Koffee With Karan. The Tiger Zinda Hain star had stated, “When you are caught in the storm, it doesn’t matter what the weather report says. It’s the actuality that’s bothersome enough.” And further added, “Cheaters will cheat anywhere. The back of my head wants to believe that I am (lucky in love). But the front of my head says ‘be careful’. I don’t think I can make such claims, because where it selfless love, then I would not feel the need to assert myself as much in the relationship.” 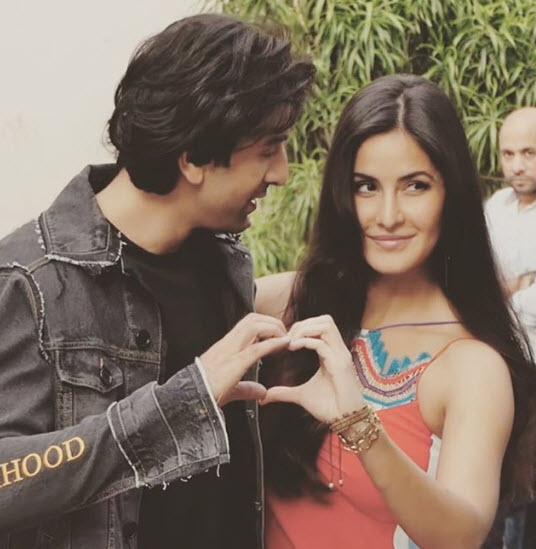 On Katrina Kaif’s birthday this year, on July 16, 2018, Alia took to her Instagram story and posted a beautiful picture of herself and Katrina, where they were seen wearing similar designed but differently coloured BFF robes. Atop the picture, she wrote “Happiest Birthday @katrinakaif” and complemented it with a balloon and cake sticker. Here’s the picture: Reacting to rumours of Alia-Katrina’s relationship gone sour and Katrina not liking Alia’s Instagram pictures anymore, the Raazi star had stated, “I don’t check my Instagram likes. So, I don’t know why people are checking that? But I have to admit I have always been very fond of Katrina. I believe that its the same both ways, according to us. So, I don’t know why other people feel differently? But now I will send her a message to start liking my pictures because if that’s the barometer of friendship then we must start liking everyone’s picture. Or maybe, I don’t have good pictures.” And further added, “She will like it. But with her, I have no stress whatsoever”. (Don't Miss! Newbie Mom Sania Mirza's Best Friend Farah Khan Visits Her Newborn Son, Says The Baby Is Gorgeous) 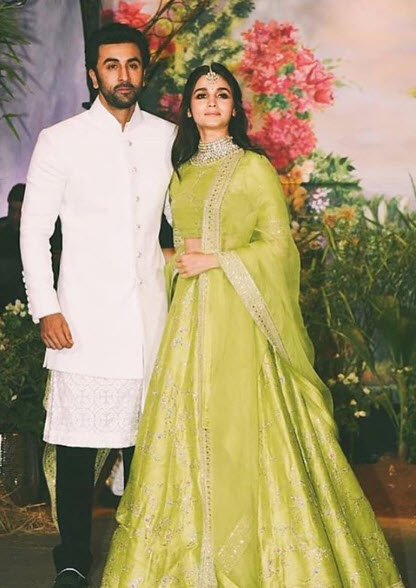 With the Kapoor’s and Bhatt’s bonding over family dinners, will Katrina’s premonition come true? What do you guys think?