The man of the moment, Kartik Aaryan had shot to fame in 2011 with Pyaar Ka Punchnama and soon ranted his way into our hearts. But did you know his kissing scene in PKP made his mother unhappy?

Be it Karisma Kapoor and Aamir Khan’s steamy hot kiss in the rain in Raja Hindustani, Shah Rukh Khan breaking his ‘no on-screen kissing’ policy in Jab Tak Hai Jaan with Katrina Kaif, Ranbir Kapoor and Deepika Padukone’s oh-so-romantic Yeh Jawaani Hai Deewani kiss or Shahid Kapoor and Kareena Kapoor Khan’s climax kissing scene in Jab We Met making us wonder why did they ever breakup, some celebrities don’t hesitate to perform an intimate scene in a film, if the role demands. But some do have a ‘no on-screen kissing’ clause in their contract. And looks like when Kartik Aaryan had planned to enter Bollywood, he wanted to be in the latter category. (Also Read: Kajol Asks Her Kids, Nysa And Yug For 'Hisaab' Whenever They Go Out, Reveals Their Reaction)

The man of the moment, Kartik Aaryan had shot to fame in 2011 with Pyaar Ka Punchnama and soon ranted his way into our hearts. After all, who can forget his monologue in Pyaar Ka Punchnama? Every time we see Kartik on-screen or scroll through his social media handle, he makes us feel, Dil Chori Sadda Hogaya Oye Ki Kariye Ki Kariye. But did you know that when Kartik was roped in for his debut film (PKP), he had refused to do a kissing scene on-screen, but since the role demanded, he had to do it making his mother unhappy?

Kartik Aaryan Makes Fun Of His Sister, Kritika For Trying To Check-In A Flight Scheduled For March

Kartik Aaryan's Sister Kritika Interrupts His Discussion On Mental Health, Their Banter Is Too Funny 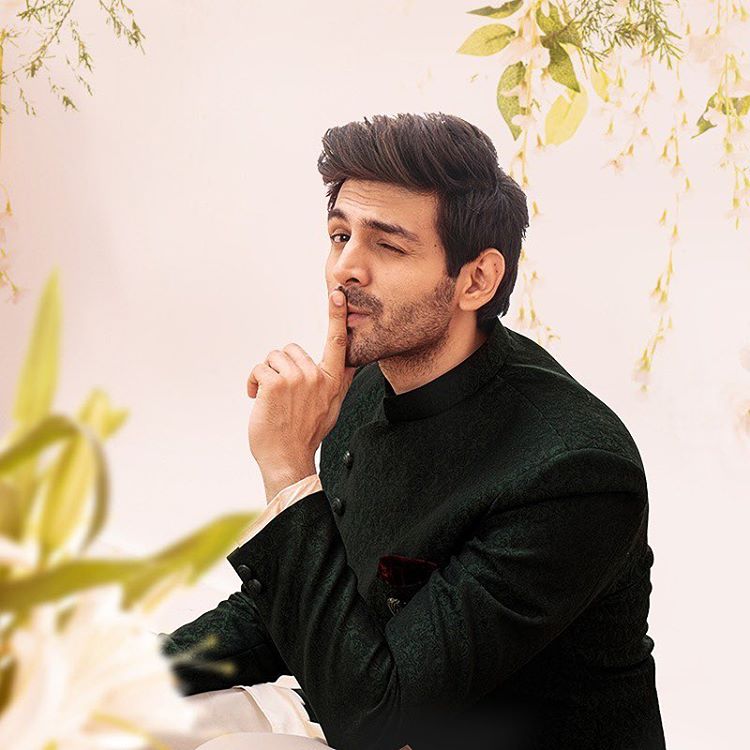 Yes! In a throwback interview with BiscootTV in 2013, Kartik Aaryan was asked, “Were you comfortable doing the kissing scenes?” To which, the then-two-films-old star had retorted, “Main ladka hoon. Mujhe pata hai ki kaise kiss karna hai. The thing is I wasn’t open. During Pyaar Ka Punchnama, there was a liplock scene jisko maine mana kar diya tha Luv sir ko karne ko. Maine kaha tha main screen pe nahi kar sakta kiss. Because meri nani badi gussa hoti hain. Meri mummy bohot gussa hoti hain. Meri mummy royi thi when she saw me kissing on screen. She was unhappy with the fact that I kissed on screen and I can’t do this.” 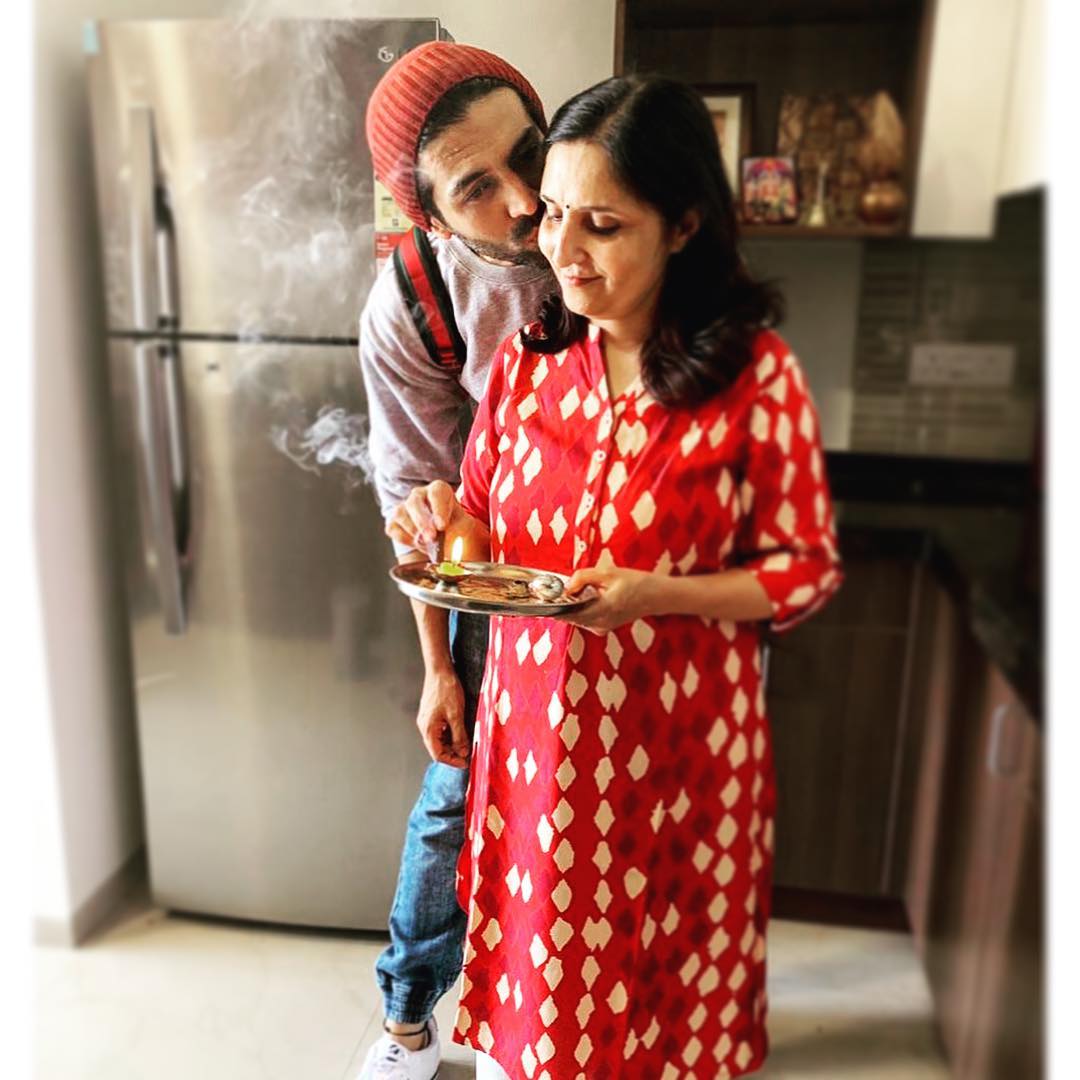 Kartik Aaryan came into this industry with no contacts, and he is an exemplar of that desi kid who follows his/her dreams and passion amidst the high expectations and hopes of his/her family and society. Speaking of his struggles as a middle-class boy from Gwalior, who dreamt of becoming big in Bollywood, Kartik had shared to the Humans of Bombay, “I was born in the small town of Gwalior. My parents were in d medical field & I was going to do engineering. But in 9th grade, I saw Baazigar & I knew I wanted to be on the other side of the screen. I was unsure of my parents’ reaction—so I decided to study till 12th in Gwalior & den go to college in Mumbai.” (Also Read: Neha Kakkar And Her Brother Tony Kakkar Slam A Comic Act For Body-Shaming Her, Express Their Disgust) 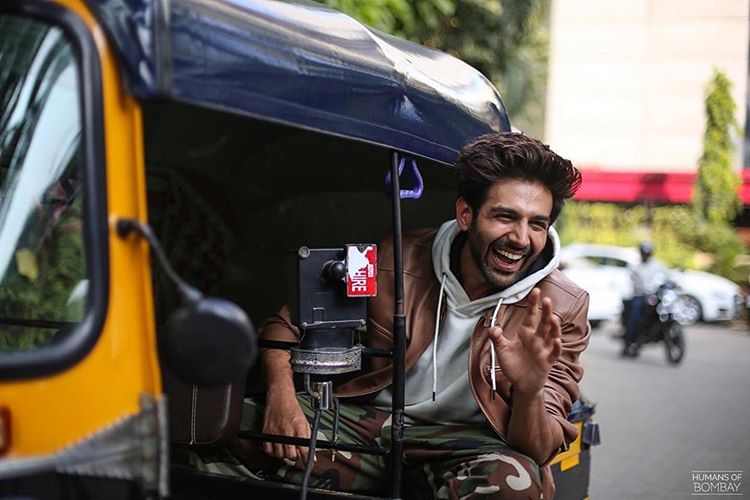 How luck favoured him and brought him to Bombay, Kartik Aaryan recalled his auditions struggle days and had continued, “Luckily, I got into a college in Navi Mumbai. I stayed in a hostel & searched for auditions. I had no contacts, so I’d type keywords like, ‘Actor Needed’ on Facebook. I’d travel for 6 hours 3-4 times a week for auditions. At times, I’d be rejected from outside the studio because I didn’t ‘look the part’. But I still had hope. Soon I got projects like a few seconds in an ad & they kept me going. Eventually, I rented a flat in Andheri with 12 boys. I had limited finances. I couldn’t even afford a portfolio—I’d crop my face out of group photos to send to agents! All the while I’d skip college to give auditions & my parents didn’t know about any of this.” 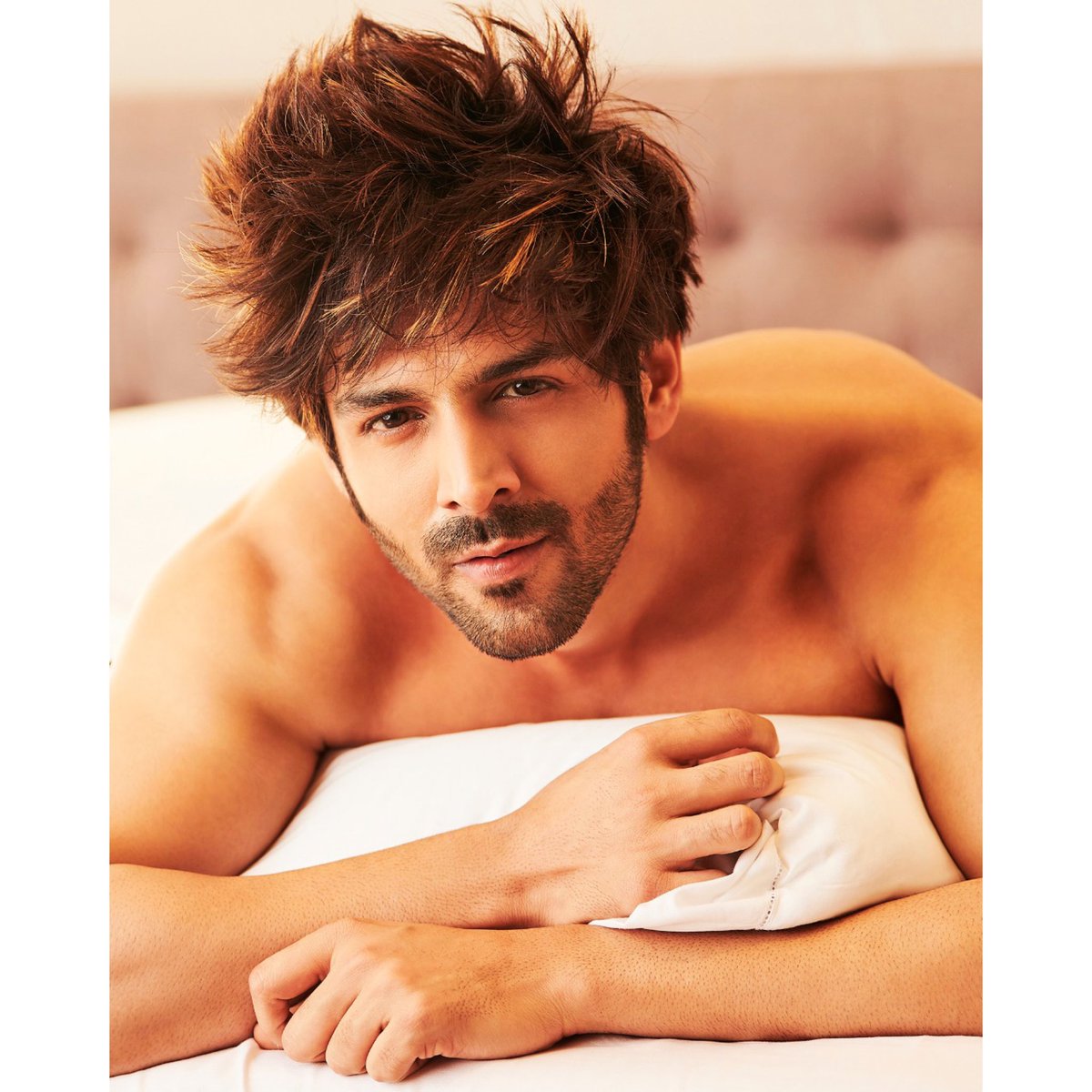 Revealing who was the first person he had called when he had bagged the role in Pyaar Ka Punchnama, Kartik Aaryan remarked, “Once I saw an ad for a film audition & decided to go for it. They liked me & auditioned me many times. My final audition script was the monologue that then became my identity! Finally, when I got the role, I was at Andheri station & immediately called my mom! She couldn’t believe it! After 2 & a half years of struggle, what I had imagined as a possibility, was now a reality. After Pyaar Ka Punchnama, there still weren’t many opportunities. I stayed in the same flat with 12 boys till my third film!” 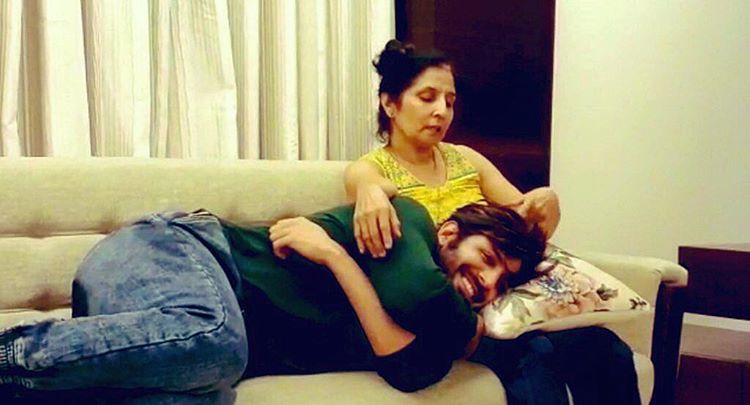 Kartik Aaryan concluded his story with how everything eventually fell into place and the surreal feeling of being where he is now, “At the time, my mom was adamant I finish my degree, so while shooting, I gave my exams—& people in the exam hall were clicking photos with me! But I understood that she wanted my future to be secure. After Sonu Ke Titu Ki Sweety, it all changed! Life has come full circle now—recently when I was in Gwalior, I was invited to my school as chief guest & kids were chanting my name! It was surreal! But what I have today, would’ve never come my way, if I hadn’t believed that I’d make it. I’m grateful for where I am & I know I have a long way to go. Sometimes all of it still feels unbelievable from this point on, the possibilities just seem endless & my dreams, are just waiting to come true.” (Also Read: Sameera Reddy Opens Up About The Criticism She Received On Her Weight, Gave It Back To The Trolls) 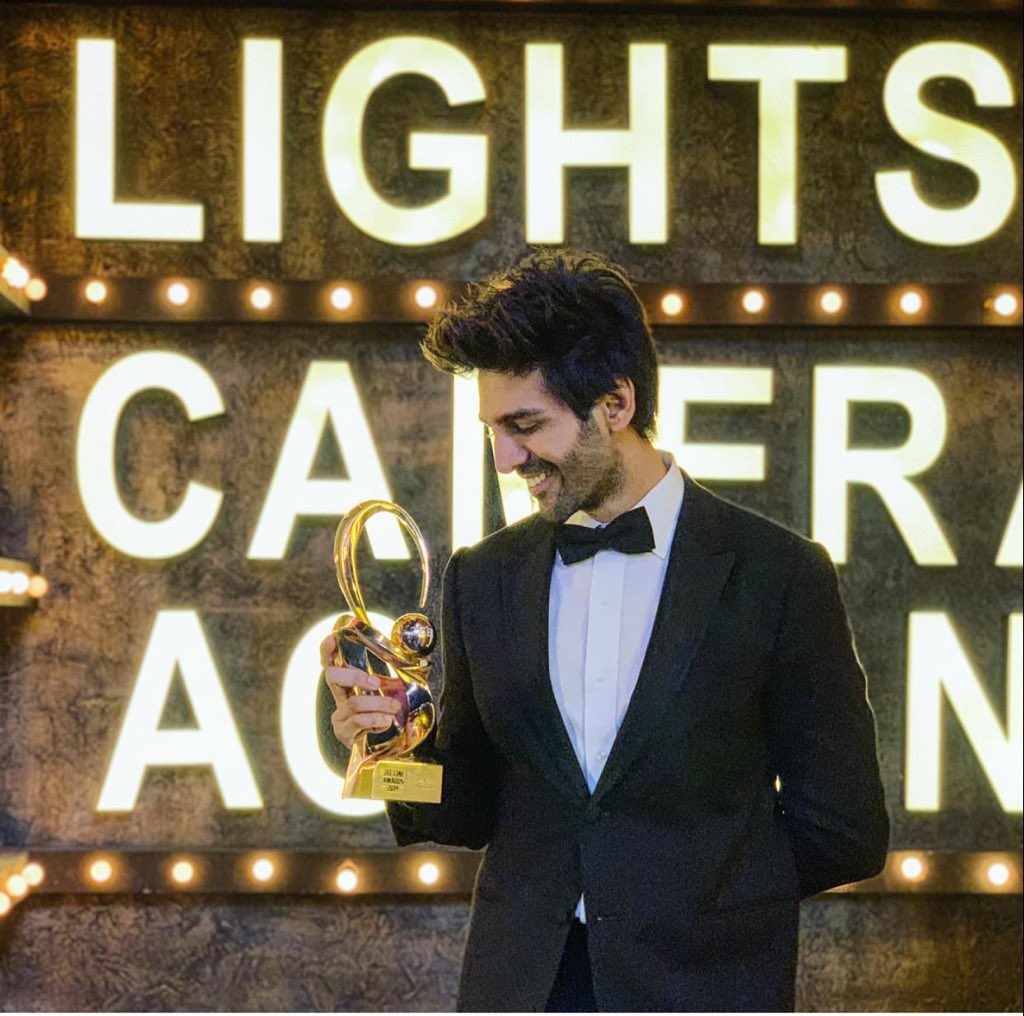 Well, going by Kartik Aaryan’s story, all we can say is dreams do come true! 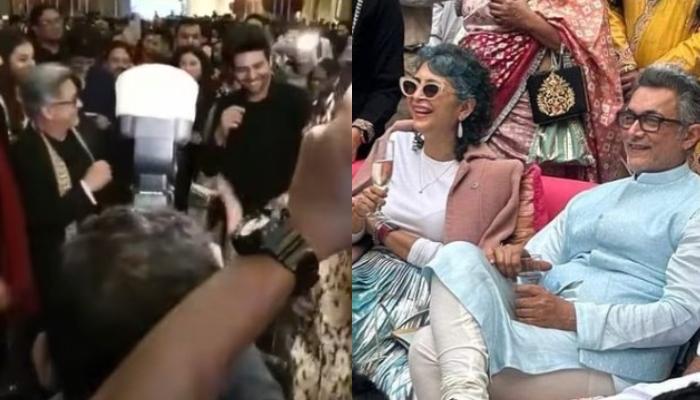 Kartik Aaryan Makes Fun Of His Sister, Kritika For Trying To Check-In A Flight Scheduled For March