Neha Kakkar And Her Brother Tony Kakkar Slam A Comic Act For Body-Shaming Her, Express Their Disgust

Neha Kakkar And Her Brother Tony Kakkar Slam A Comic Act For Body-Shaming Her, Express Their Disgust

For an episode of 'Dr Pran Lele', wherein a patient inspired by Neha Kakkar crossed the line between comedy and insult, the artists were slammed for body-shaming the singer in the name of comedy. When we talk about fame, it comes with a price as a celebrity’s life becomes an open book for the fans and media, and their personal life is no more private. They get clicked everywhere they go, there is a lot written and said about them, not only on their professional choices but on their personal lives too. But what we often forget is the fine line between the jokes being made on the celebrities that they enjoy sportingly and the comments that hurt them. And this time that fine line was crossed with singer, Neha Kakkar. (Also Read: Sameera Reddy Opens Up About The Criticism She Received On Her Weight, Gave It Back To The Trolls)

In mid-2019, Kiku Sharda and Gaurav Gera had collaborated Sony MAX's Dr Pran Lele, where they entertain their audience with two-to-three-minute-long sketch comedy segment based on the concept of a filmy clinic that caters to noted Bollywood stars. But for an episode, wherein a patient inspired by Neha Kakkar crossed the line between comedy and insult, the artists were slammed for body-shaming the singer in the name of comedy. And just like B-town celebs, who don’t give in to the trolls and insults, Neha too raised her voice against the same.

Neha Kakkar expressed her disgust and through Instagram, shared how hurt she is from this stint from Dr Pran Lele. Neha wrote, “As I cannot live in not so positive environment. Let’s just forget about the incident that happened. All my #NeHearts let’s forget it and move forward. Let’s forgive them. God is watching, he’ll do what he wants to, we are no one to punish anyone. I was broken yesterday but not today. It’s a new day. I stand tall with pride and happiness. The reason of my happiness is each one of you who support me always, no matter what!” And captioned this post of hers as “I’m so lucky I have You All That too in a Biggggggg Number I would love you, respect you till my last breath My #NeHearts and Thank you for creating that Cutest Hashtag #NehuHappyNeHeartsHappy Good News for My NeHearts #PuchdaHiNahin Out Super Soon!!”

Neha Kakkar also posted some stories on her Instagram, expressing her anger towards this insensitivity and slammed the artists for body-shaming her. Her first post could be read as “Shame on these people to create such NEGATIVE and Insulting content! My people know how much I appreciate comedy on Me and otherwise but this one is ridiculous!!!! Stop using my name, stop enjoying, dancing or acting on my songs if you hate me so much. Thankless people! Swipe up and see how much they are jealous of me and if you really love me #NeHearts then bash them with words!!! I’m saying this for the first time for anybody!! But really disgusted... Really hurt!!!!” (Also Read: Saif Ali Khan Calms Down An Irritated Taimur Ali Khan At The Airport, Gives Us Major 'Daddy Goals')

Neha Kakkar penned down another heart-breaking message, which could be read as “Itna zyada enjoy karte ho mere songs pe, you have had such good times, you’ve partied so hard on my songs, you’ve made your GF BF hear my love songs, uske baad bhi itna bura likhte ho mere liye? Sharam nahin aati? We should be thankful to people jinke wajah se hum khush hote hain otherwise aaj kal khushiyaan kitni mushkil se milti hain. we should be thankful to those artists who are a reason for our good times and happiness and mere har gaane pe enjoy karne ke baad phir yeh sab? Hurt!”

Neha Kakkar concluded her post with “Just came to know they have removed that video from their channel now. I wish I could show more people how low some people can go to insult somebody famous, just because she is independent!” And continued, “But on the other hand I’m really thankful to my #NeHearts and my supporters.”

Neha Kakkar’s brother, Tony Kakkar too came out in support of his sister and sharing the video on his Instagram, wrote, “Heartbroken. This is how you respect a small town girl who achieved everything on her own with so much struggle in life. Being a short girl My sister has already suffered a lot. Do you understand what a person goes through when you make fun about her/his body size or shape. Will you ever stop making fun of what god has made us? Not just that you are talking rubbish about her talent too. Aren’t you damaging her career by saying all that wrong things about her talent ? Those who don’t understand music much would believe you easily coz you are a big national tv Channel. Fact is nobody becomes number 1 just by fluke and that too of a country which has a population of 1.3 billion #nehakakkar.” (Also Read: Maanayata Dutt's Comment On Sanjay Dutt's First Wife, Richa Sharma's Throwback Picture Is All Love) 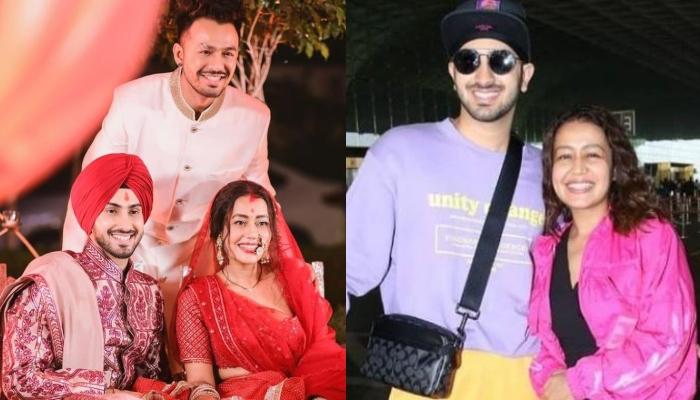 Without a second thought, we can say that 2020 is the year of babies. While some of the renowned couples of the entertainment industry have grown their families by one, enjoying the joys of parenthood, some are just on the brink of it! Over the past few months, our social