Bollywood mommies have faced a lot of trolls for their pre-pregnancy and post-pregnancy weight. Sameera Reddy recently gave it back to them and also opened up on the criticism she had received. The beautiful journey of a woman from being a wife to a mother is just phenomenal and full of happiness! The excitement to hold her tiny tot in her arms for the first time and the thought of feeding him/her brings happy tears in her eyes and she can’t wait for the nine long months to get over in the blink of an eye. From the moment she hears the news for her pregnancy to the moment she holds her child in her arms, a woman’s body goes through a lot of changes. An expecting woman happily embraces the changes in her body and flaunts them with full pride and confidence. (Recommended Read: Rani Mukerji Talks About How She Saves Daughter, Adira From Paparazzi Culture, Says She Is Her Pap)

From morning sickness, sleepless nights to swollen feet, a woman's body changes a lot during her pregnancy phase and it becomes difficult for her to be back in her pre-pregnancy shape immediately. It becomes easier for the trollers to body-shame a woman for her post-pregnancy weight, but it is hard for them to understand that their harsh comments sometimes become unbearable for new mommies. Bollywood actresses who have joined the bandwagon of mommies have also gone through the same and sometimes have given it back to the trollers. Sameera Reddy, who is a mother of two lovely kids, also went through scrutiny and was trolled for her baby weight.

In an interview with BollywoodLife, Sameera Reddy gave it back to the trolls wonderfully and also revealed about the criticism she has faced for her post-pregnancy weight. Sameera was trolled for her baby bump pictures but remained unaffected by the trolls. Her picture had received various reactions wherein Sameera was trolled for her weight on social media. But, Sameera had focused only on nurturing her kids beautifully. Sameera believes that creating life is the biggest production of the world and wants to give a message to her fans and to every would-be-mother that it’s all about celebrating what you are creating. Talking about her pregnancy weight, during the same interview, Sameera Reddy stated that she was very confused when she had conceived her first child, Hans. Sameera revealed she was constantly worried about her clothes that she couldn’t wear. But when she had conceived her second child, Nyra, Sameera found it liberating. She concluded by saying that she hopes to spread a message that 'creating life is the biggest and most special thing' a woman does and to be proud of it. (Suggested Read: Maanayata Dutt's Comment On Sanjay Dutt's First Wife, Richa Sharma's Throwback Picture Is All Love) 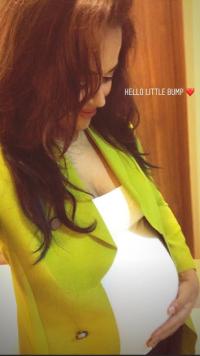 Sameera Reddy and her hubby, Akshai Varde became proud parents for the first time on May 24, 2015, when they had welcomed little one, Hans Varde. On April 20, 2019, Sameera had taken to her Instagram and had posted a beautiful picture of the awesome-threesome Varde family, looking all excited to welcome their second little one! Sharing an adorable family picture, Sameera had written, “There was a time when success and a perfect body was my barometer of how happy I felt. Over time I realised how unstable it was. it’s just being here in the present appreciating the love I get which is now my definition of happiness. You Define your happy space.” 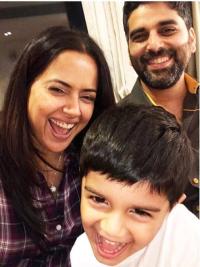 Do you know Sameera Reddy had disappeared from the limelight because she had weighted 102 kgs post-birth of her first child? In one of her Instagram posts, Sameera had shared a before and after picture of herself and had written, “I touched 102 Kgs in May 2015, the month Hans was born and I’m not scared to admit it. It took me to the deepest darkest places in my head. My confidence shattered. And I couldn’t lose the weight for a year after because I was too scared to even step out. I disappeared because I didn’t have the strength to be judged by the world after all the years of being glam and fit on screen. But the beautiful part is that you can only hit your lowest low to know you can absolutely climb out of that hole. It’s a fight. A hard one.” 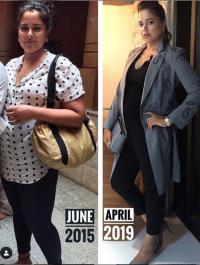 Sameera Reddy’s post could be further read as “Took me 2 years more to lose the weight and to step out and face the world again but I wish I had the courage then. I did it naturally with no fad diets, no easy way out. Only with the dedicated workout, yoga, pilates and strength training. It’s important for me to post this now because I need women to know the struggle is real. The mood swings, hormonal changes and losing your body shape can mess with your mind. It’s a superficial world and people can be hurtful if you don’t keep up. But the key is to be fearless. Only you can get out of that rut. It’s yours to change. Be brave. You can move mountains if you just will it. Special thanks to the best workout crew who also gave me the physical & emotional strength to get fit again @yogabypramila @adishroff @ivan_ultimatefitness @nyelakapadia & Kaizen Motafram my Pilates guru! love you guys.” She complemented her post with an array of hashtags like “#bollywood #mom #keepingitreal #weightlosstransformation #fattofit #pilates #postpregnancy #yoga #bodytransformation #fitness #fitnessmotivation #weightlossjourney #pregnancy #fitness.” 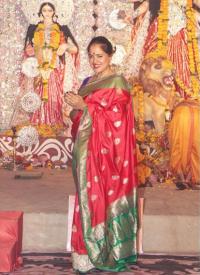 Sameera Reddy, in an auto-expo show, had given it back to the trolls and had said, “I have one question for these trolls. Where do you guys come from? Your mothers right? Was your mother very hot after you came out? I am just saying that it’s shameful because it is such a natural process and it’s so beautiful, it’s so amazing. And there are sexy ones like Kareena who just come out looking fully hot and then there are people like me who take time. It took me time with the first baby. Maybe it will take me time with the second baby. But what’s important is to accept yourself. And to all the trolls out there, say what you want guys. I think that I have a superpower. I am giving birth to a baby.” (Must Read: Babita Phogat's Husband, Vivek Suhag Gifts Her A Brand New Car To Start Their Newly Married Journey) 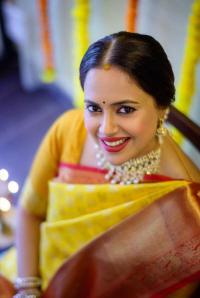 These are such meaningful thoughts shared by Sameera Reddy! What do you think?