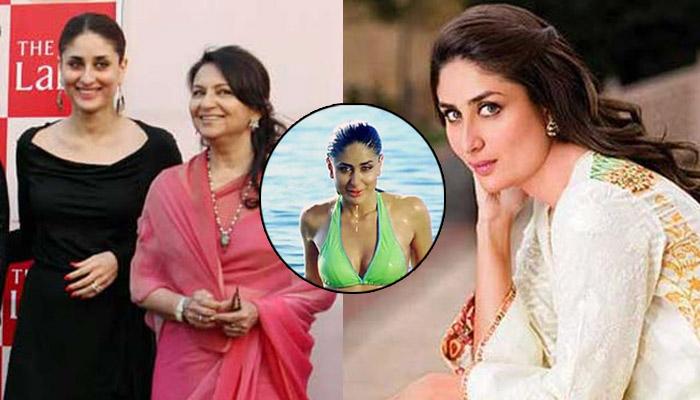 It might be the second marriage of Saif Ali Khan with Kareena Kapoor, but this has never caused a problem with his family. Be it Saif’s children from his previous marriage, his sisters or his mother, everyone shares a great rapport with Kareena Kapoor.

In fact, Kareena shares a strong bond with her mother-in-law too! It is not like the usual love-hate saas-bahu relationship which is seen almost everywhere. So, let’s check out some adorable moments which Kareena and Sharmila shared ever since they became a saas-bahu jodi. (Recommended Read: Kareena's 'Rare And Only' Picture With Mansoor Ali, Sharmila Tagore, Saif, Soha, Kunal In One Frame)

#1. When Kareena wore the same wedding outfit of Sharmila

How many brides wear the same wedding attire which their mother-in-law wore at their marriage? Hardly any! Every bride wishes to wear the latest design for their special day, but Kareena chose to wear the same ghaara that her charming sasu ma wore on her wedding day to Mansoor Ali Khan Pataudi on December 27, 1969. The ghagra was restored by Ritu Kumar, and Manish Malhotra did some more embroidery work on the repaired ghagra for Kareena. Initially, Kareena was in doubt about the dress, but when it was told that wearing this ghagra is their family tradition, she immediately said yes to the dress without any hesitation. And she was looking resplendent in the ghagra, like a Begum. Also Read: Sharmila Tagore Gives A Sweet Reply To Kareena's Question On Difference Between 'Beti' And 'Bahu'

#2. When she vacationed with her mother-in-law in bikini

Yes, that’s true! While many mothers-in-law would object with their daughter-in-law wearing a bikini in front of them on vacation, Sharmila had no such problems when Bebo flaunted her curvaceous body in the bikini. Kareena was even once quoted as saying, “When I am with the family, I am treated like a daughter. Sharmila ji treats me like a daughter. We are not in the 1900s. We don't live like traditional saas bahus. We just went to the Maldives for a holiday where I wore a bikini in front of my mother-in-law. It's normal. I don't understand why it's such a big thing. I would do the same with my mother.”

#3. When Kareena adored her supporting mom-in-law 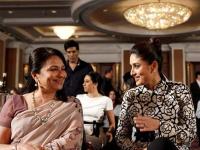 Kareena bonded instantly with her mom-in-law without any difficulty. In fact, Kareena idolises her mother-in-law Sharmila as she is her “inspiration to have a career and family together”. For the star, her mom-in-law is a woman of substance and a real Begum in every sense. She even said once, “For me, my mother-in-law will always be the eternal begum, a career-oriented woman who started a family, who ran the house, looked after three children but yet worked in the biggest commercial successes as well as some great serious cinema. She kind of always tried to balance everything. To me she still is and still looks super gorgeous. Right from the beginning till now, I can’t take my eyes off her. I look up to her in every way, so for me she will always be that.” 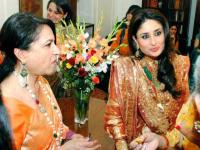 Another reason why Kareena adores Sharmila is that she is one supporting mother-in-law, who always encourages her bahu to work and pursue her dreams. Kareena once told, “She is so amazing, she is always like ‘Work, you should work’ and whenever I wear a dress, she is like ‘You look amazing in a dress.’ She is so, a woman of today. She is like a super woman.”

And you will be surprised to know that Sharmila loves Kareena in her glamorous avatars. Telling about her mother-in-law’s favourite song of her, Kareena said, “She (Sharmila Tagore) likes me in glamorous parts. She liked me in 'Fevicol' song (the item song in Salman Khan's Dabangg 2). She loves song and dance, so she always says that I should look sexy and glamorous. I think that is a compliment, as even after marriage looking glamorous... I like it.” (Also Read: Saif Once Revealed How His Ex-Wife, Amrita Singh Used To Abuse His Mother Sharmila And Sister Soha)

#4. When Sharmila was all praises for Kareena

When the veteran actress was asked about her doting daughter-in-law who was with them in good times and bad times, she was all praises for her. Here is what she said for her bahu, “She is very calm. I saw her during Tiger`s illness in the hospital. It was very easy to be with her. She is gentle and quiet and not intrusive.”

In fact, Sharmila was very impressed by the way Kareena carried off her pregnancy look in the public: She had said during her pregnancy, “Kareena has been so lovely. She has carried her pregnancy effortlessly and gracefully, kisiki nazar na lag jaye. She is enjoying every moment of her pregnancy. She is dressing up, going out and being so natural and beautiful about it.”

This is so true. Kareena gave us some major pregnancy dressing goals which we all loved to the tee.

Both the begums of Pataudi, Kareena and Sharmila, are often spotted together at various outings, functions and events. The warmth and camaraderie which they share are reflected in their actions. For Kareena, her mom-in-law is “a living legend” and she is “blessed to have got such a mum-in-law”. Indeed, Kareena is one lucky girl to have Sharmila as her saas. They are definitely one adorable saas-bahu jodi in tinsel town. Our leading ladies might have horrible mother-in-laws on-screen, but in their real lives, it is a completely different scene. They are the doting bahus of proud saas. You will find them hanging out with their MILs at various social events. Here are some saas-bahu jodis of Bollywood that will make you 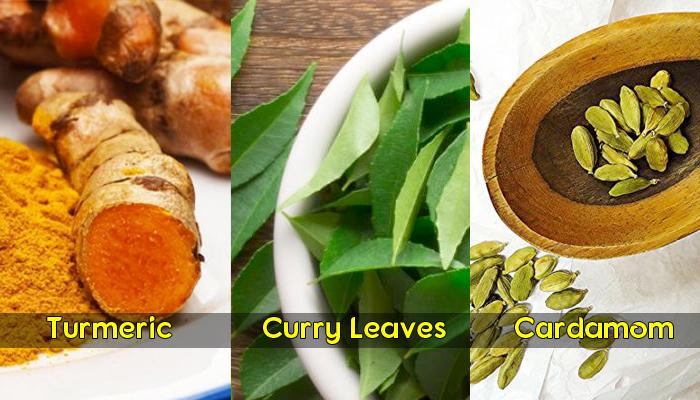 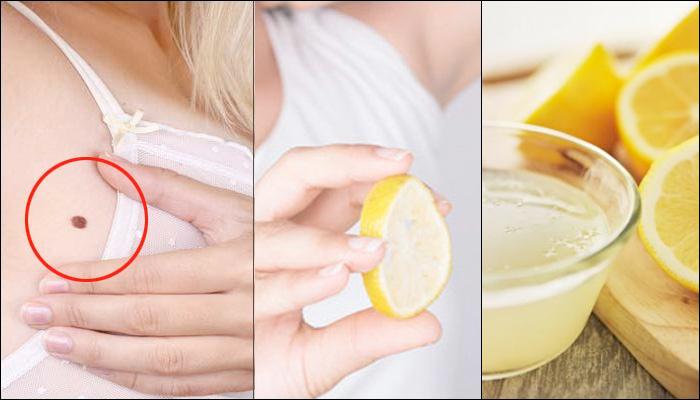