"Masculinity or femininity is being comfortable in your skin.” – Karan Johar has been anything but shy when it comes to speaking his mind. While there are so many stereotypes related to masculinity which define our lives, these myths have become an integral part of our lives. But it is not true in the case of Karan Johar! (Also Read: Karan Johar Shared Their First Family Portrait On Hiroo Johar's 75th Birthday With Yash And Roohi)

Despite being tormented while growing up and called ‘pansy’ to a point he thought of adding a baritone to his voice because people said he sounded like a girl, Karan believes that the problem of masculinity/femininity arises when people start categorising and using phrases like "don't cry like a girl" or "be a man". In a conversation on Myth Of Masculinity at the recently concluded edition of 'We The Women' by Barkha Dutt, Karan Johar got candid about his thoughts on the issue, how it affected his personal life, his relationship with his kids and how he doesn’t want their lives to be defined by these stereotypes of being a boy or a girl. 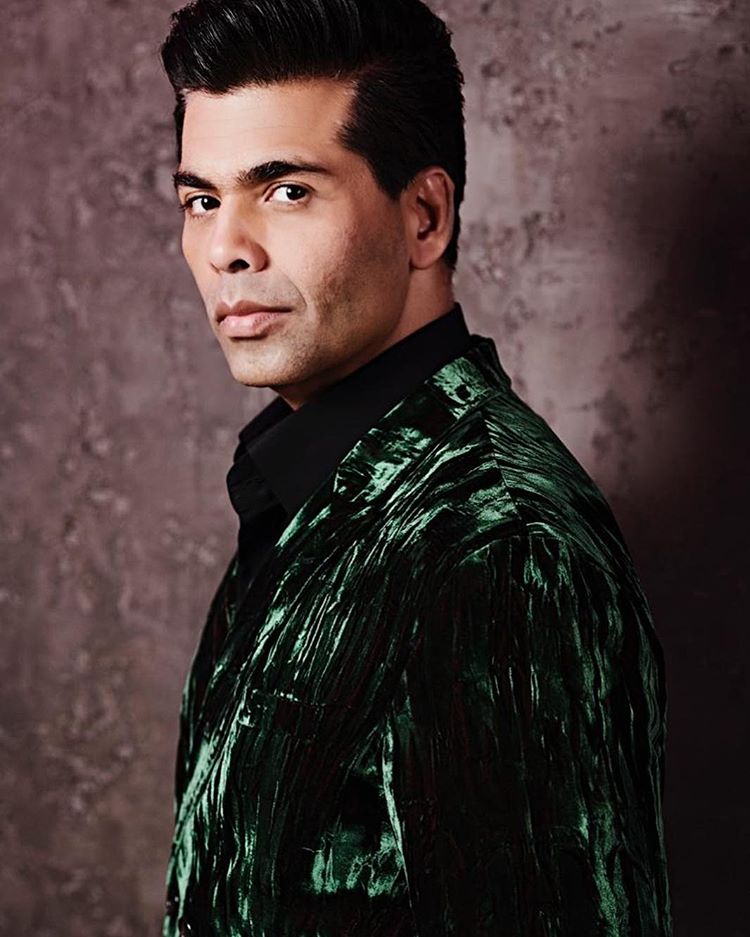 Karan Johar revealed that he would never want his twins, Yash Johar and Roohi Johar to live their lives according to the stereotypes of masculinity and femininity. He had stated, “If my girl wants to wear shorts, she shouldn’t be called a tomboy; she should be called sporty. I would not say things like, a girl must wear pink! No. My son likes pink, let him wear pink.” 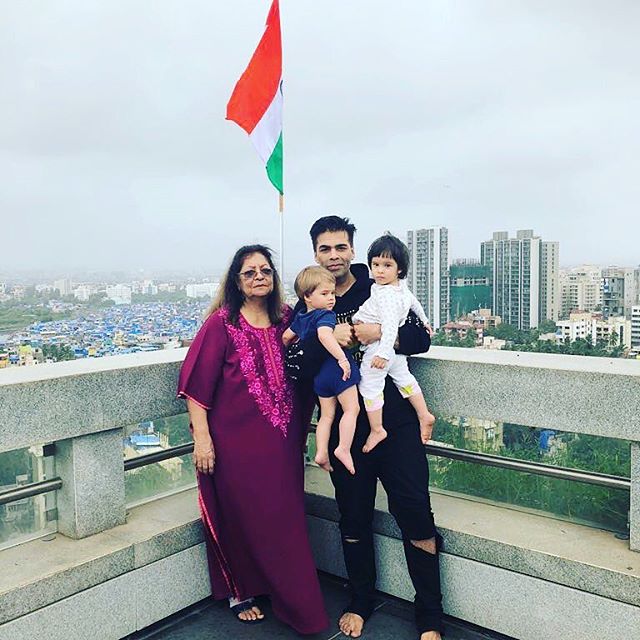 Karan also revealed that since he was the single child to his parents, he has been a daughter and son both, to his mother. Karan continued, “Many times, I have been a son and a daughter; my mother chose whatever part she needs.”

Summing it up and saying that such things shouldn’t be put into boxes, Karan went on to say, "Masculinity or feminity is being comfortable in your skin. You would not put things in boxes. Like I would not tell my child to not cry like a girl. That's ridiculous. If he wants to cry, he should cry. I wouldn't tell him, 'Don't walk or dance like a girl.'" Sharing his experience, he added, "I was told these things in my school, by my teachers. They are all stuck in boxes. You are meant to be in a certain way. I have been tormented to a point where I went to a speech therapist to change my voice, to bring a baritone." (Also Read: Karan Johar Lost 17 Kilos In Just 4 Months And This Is The Man Behind His Success) The Ae Dil Hai Mushkil director revealed that when he was 15-year-old, he went to the speech therapist as he was in that "awkward age" and his voice was "squeaky". He shared, "Everybody would say, 'You sound like a girl.' I heard that like a million times and I told the therapist, 'Can you make me sound like a boy?' It was not fun. I did it for three years. This gentleman gave me voice exercises. It was embarrassing and torturous. I used to tell my father that I was going to a tuition class because I did not want to say I was going to 'become a man.' I should not have been put through that. If I was sounding a certain way, it should have been okay." 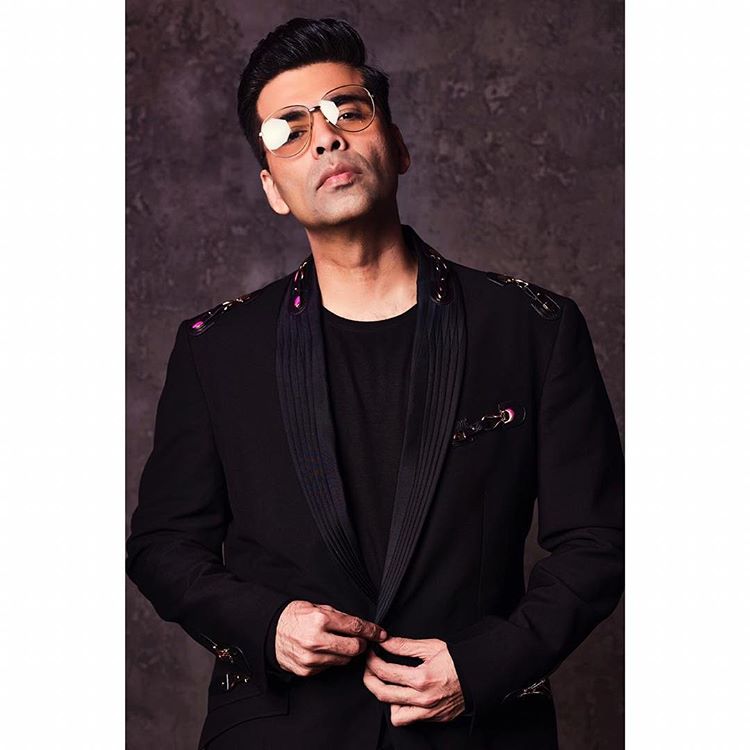 Sharing that when he used to imitate steps of female actors while dancing, his parents, Yash Johar and Hiroo Johar never thought he was doing something wrong, but he was laughed upon by others. Karan remarked, "I went and saw Sargam as an 8-year-old and became obsessed with the song 'Dafli Waale'. I would play the song at home and do Jaya Pradha's steps and not Rishi Kapoor's. My father used to ask me to perform and I used to dance like Jaya Pradha was dancing and he somehow never found it strange." Karan added, "No one said I was doing something wrong. But when I went down to the compound of my building or met seniors at school, all the kids who were not from your domain would make fun of you. That's when I started developing an aversion to the word pansy... It scared me. My hand and feet would move very differently from other boys. I would run funny and I stopped taking part in any sport as a result of it. Because every time I ran, everybody would laugh. Every time I spoke, people laughed as I had a squeaky voice." 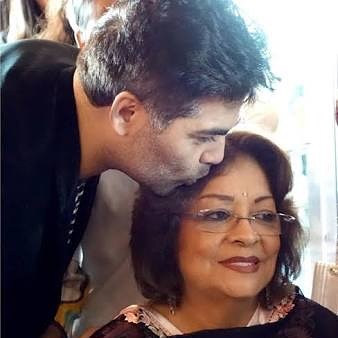 Concluding with how his father was a cool dad who never thought that Karan was doing something unusual or different, he remarked, "I thought my parents were absolutely cool. My father was as Punjabi as it can get. But he never thought I was doing something unusual or different but it did make a deep impact on me as I thought I was different and I was told I was different." (Also Read: Yash Johar And Roohi Johar Are Ready For Paparazzi As Papa Karan Johar Cutely Admits It) 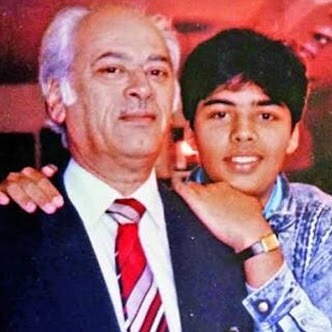 Do you agree with Karan Johar about his views on masculinity and femininity? Drop us a comment below. 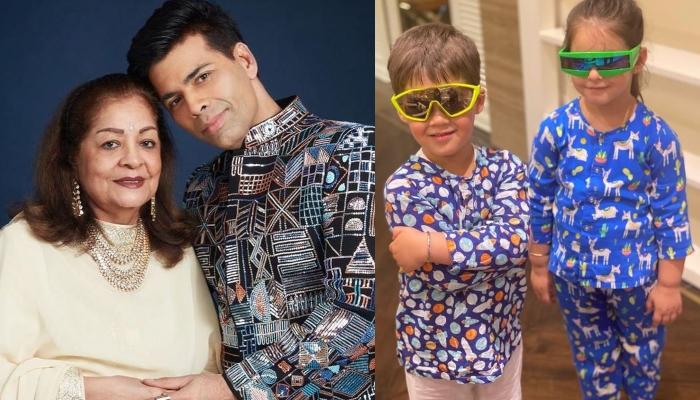 It was in 2017 when Karan Johar made his entry into the B-town’s daddy cool list with the arrival of his twins, Yash Johar and Roohi Johar, via surrogacy. Post becoming a single father to Yash and Roohi, Karan’s life is revolving around his little bundles of joy. Karan became an