Married At 18, Divorced At 34; Kanika Kapoor Shares Pic Of Her Rumoured Boyfriend For The First Time

Married At 18, Divorced At 34; Kanika Kapoor Shares Pic Of Her Rumoured Boyfriend For The First Time Chittiyaan Kalaiyaan singer, Kanika Kapoor is one the topmost female playback singers in India. She has been making it to the Page 3 quite a lot these days, and rightly so. Yes, rumour has it that she has been seeing the popular author, Shobaa De’s son, Aditya Kilachand. The two have been going strong, have been snapped vacationing and partying together, but have never gone on-record to accept or deny their relationship.

However, it seems that now Kankia has decided to not shy away anymore. When we look at Kanika and Aditya’s Instagram profiles, we find that neither of the two has ever tagged the other in any of their posts, but that’s passe. Just yesterday, i.e. February 16, 2018, Kanika took to her Insta handle, and for the first time posted a picture of her rumoured boyfriend. She captioned it, “Always in action @adityak77.” Here’s that pic: 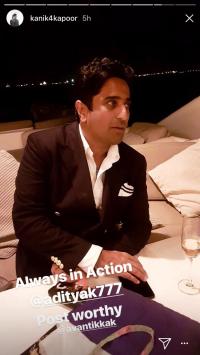 Last year, when Kanika threw a surprise birthday party for Aditya on his birthday, SpotboyE talked to a source close to the couple and was quoted as saying, “Kanika and Aditya have known each other for quite a long time and are very much in love. Last month, Kanika and Aditya went to France and spent a good amount of time together. Prior to that in May, she had also gone to Coorg with Aditya and his family members which included Shobhaa De. Aditya’s family members have been supportive and treat Kanika as a part of their family.”

When the leading portal pushed for more and asked if the couple is tying the nuptial knot soon, it was revealed, “As of now, they are enjoying their time together. They are obviously thinking about a future together but not so soon.” (Also Read: 'Kahaani Hamaare Mahabharat Ki' Fame Arushi Mehta Is Madly In Love With A Lawyer) 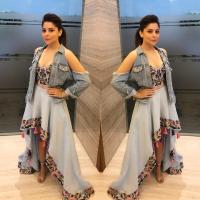 For the uninitiated ones, it must be noted here that Kanika is a divorcee. She was earlier married to an NRI husband by the name of Raj Chandhok, with whom she has had three children. Kanika married Raj when she was just 18, and in 2012 she ended the 15-year-long marriage with him by divorcing him. In her own words to a leading daily, “I got married to Raj and moved to London when I was only 18. I was a normal papad achaar housewife, had three kids and was happy playing a mother to them, till we separated about five years ago and finally divorced three years back.” 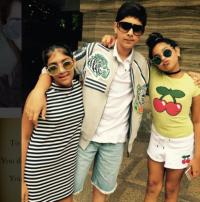 Opening up about her failed marriage and the courage she mustered up to regain hold of her life, Kanika revealed, “I didn’t fight. I just moved away. I’m not confrontational. If something isn’t going right, I ignore it and concentrate on the positives. That is what I did even when I was going through hell. It was difficult. But, today, when I see other people going through so much, I feel my life is much easier. Going through a bad marriage was difficult, but most women are in bad marriages. They just don’t talk about it, and they can’t get out of it."

Talking further about how messed up things were post-divorce, Kanika added, “It happens when you have no money, are going through a bad divorce, and the lawyers are squeezing you to the limit. Plus, you have three kids, who have been thrown out of school because you haven’t paid the fees. Then, you fall sick. You hit a low and feel that there is nothing left. But, at the time, I got a lot of support from my mother, my brother and a few friends. (Check Out: After Having A Love Child, 'Rock On' Actor Purab Kohli Finally Marries His Fiancee) 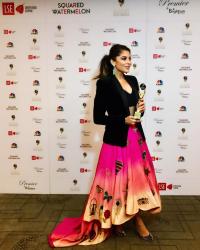 And finally, how did she manage to come out of this phase? To this Kanika says, “While I was going through all the ups and downs in my life, I got a call from Ekta Kapoor’s office to sing the Baby Doll song. I wasn’t in India during the music release, as I had been hospitalised around that time. I had hit my lowest just before Baby Doll came out."

Well, Kanika is content now, with her successful career and probably her true love, Aditya. We can’t wait more to hear about their relationship from themselves.