Sometimes when things don’t go as planned, we feel claustrophobic and often fall into the prey of life’s googlies. More so, when even your parents leave your hand, your entire life seems to be at a pause. You just feel so suffocated and things just get messed up even after trying your best to sort it out. The famous Roshan family of B-town is not at peace these days. The mention is of none other than Rakesh Roshan, Pinky Roshan, Hrithik Roshan and Sunaina Roshan.

For the ones who have come in late, Sunaina Roshan’s life is not at peace as she thinks her family is against her. Sunaina is apparently seeing a Muslim guy named, Ruhail Amin, but this is not going fine with the Roshans. Now, she is questioning that if Hrithik can marry a Muslim girl (Sussanne Khan) why her relationship can’t be accepted. During all of this that happened inside the Roshan clan, Sunaina had then taken to her social media to vent out things, ever since it has become the topic of discussion. So much so, that she even called Hrithik’s ex-flame, Kangana Ranaut and her sister, Rangoli Chandel for help. (Also Read: Arjun Kapoor And Malaika Arora Enjoy Romantic Dinner Date In New York, He Says She Has All His Heart) 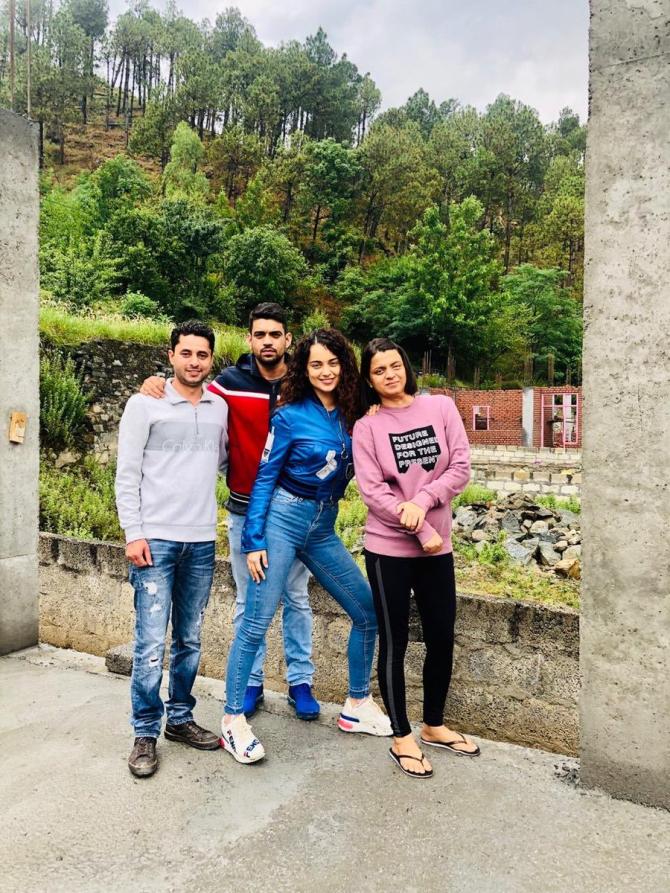 Of late, Kangana’s sister, Rangoli Chandel, who also is her spokesperson, had revealed that Sunaina has been calling them for help. In a series of tweets, Rangoli wrote, “Sunaina Roshan is asking Kangana for help, her family is physically assaulting her because she is in love with a Muslim man from Delhi, last week they got a lady cop who slapped her, her father also hit her, her brother is trying to put her behind bars. I fear her dangerous family might harm her, we want to make this public because Sunaina calling Kangana and crying all the time, Kangana doesn’t know how to help her. So now she has blocked her number, but we fear for her safety, everyone has a right to love whoever they want, hopefully, this will scare Roshans and they back off.” Now, Kangana herself has spoken about the Sunaina Roshan controversy when she was spotted outside a dubbing studio on June 28, 2019. When she was asked about the entire scene, she diplomatically answered and said, "Well, I think her family is taking care of her and I wish them all the very best. Yes, she spoke to me, but she is under her family's guidance. So, they are taking care of her." Checkout the video here:

Lately, in an interview with Pinkvilla, Sunaina had poured her heart out on her current scenario. When asked if she was hospitalised of late, a baffled Sunaina had remarked, “I really don’t know who is spreading these rumours but I was touched by my well-wishers who asked about my health! I have not been hospitalized getting any kind of treatment to forget psychological. I also want to clarify that I am not under any medication. I was out partying with my friends on Sunday night at the Golf Club in Chembur. I came back home to my father’s home (in Juhu) and now I am very much at home. I am surprised that such a well-known publication would carry such news without checking with me.” (Checkout: Esha Deol And Bharat Takhtani Celebrate 7th Anniversary, Radhya And Miraya Gift Something Special)

Explaining it all further, she had added, “I was at a London hospital in December for a few weeks for alcohol rehab but I came out clean. After my father got diagnosed with throat cancer, I was with my family to give him my support. He was battling cancer and then, I did not take to any medication. I prayed for his health. Why would I need any medication now and where is the question of being in a hospital arise from?” 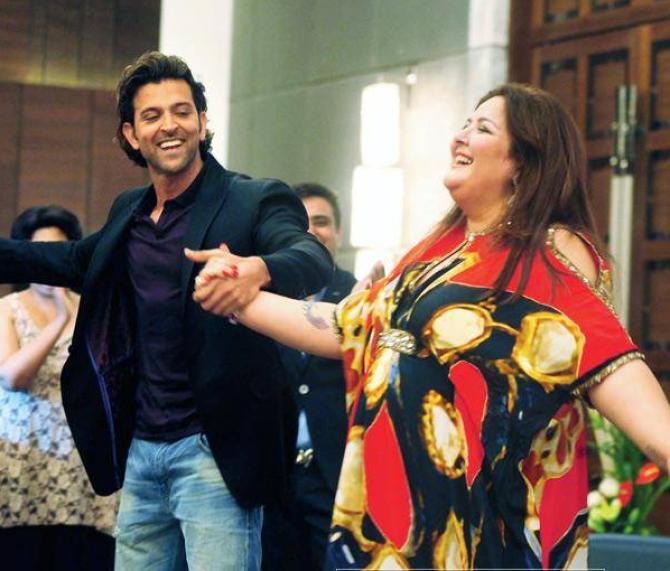 On June 9, 2019, Sunaina had taken to her Twitter handle and had written, “Sunday thought… Didn’t know that I would have had the opportunity to visit HELL in this lifetime." When she was asked to clarify her tweet, she had remarked, “It’s what I am going through with my family…! It’s living hell. Yes, there are certain issues, but please don’t ask me to talk about this more as it’s about my family and I don’t want them to be affected further. All I can say is that I have been staying in a rented hotel apartment for the past 17-18 days before I came back home to stay in the same building as my parents. While I am staying in their home, I have a separate entrance and a separate floor on which I live.” 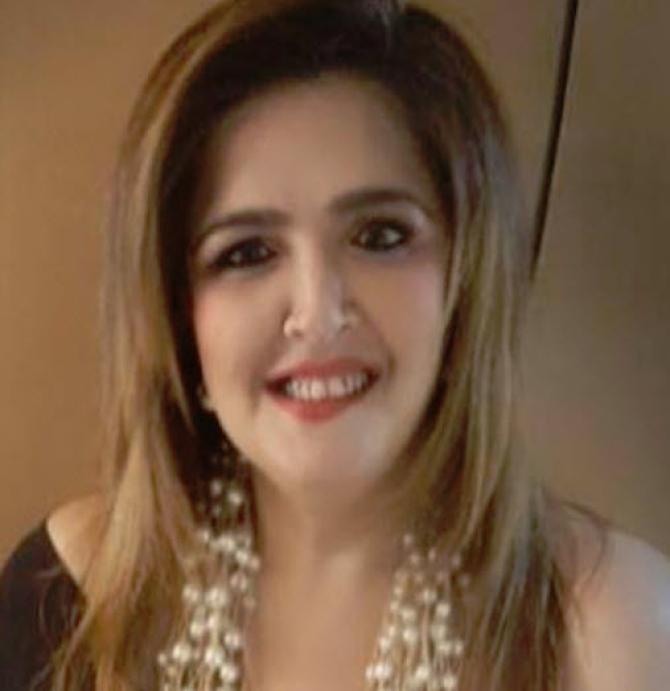 When she had a word with SpotboyE, she expressed her desire to live alone, “I want to move out of my house and live separately. I cannot live under the constant shadow of my parents. Yeh mat karo. Don't have a drink. Don't meet this guy. Don't meet that guy. I am feeling claustrophobic. My Dad and Mom (Pinky Roshan) are being over-protective. If I have a drink once in blue moon, why would I turn alcoholic again? What's wrong if I go out to party with my friends? What's wrong if I meet up with a guy? I had liked a house in Oberoi Springs (Andheri), but cannot afford the high rent. In fact, I had moved out from my Juhu family home about a month back and was staying in a Bandra hotel. They cajoled me into coming back on Saturday. Now, I cannot go as I don't have any money. If Hrithik can live separately, why can't I?” (You May ALso Like: Aarti Chabria Is Enjoying Her Beach Honeymoon In Maldives With Husband, Visharad, Pictures Inside) 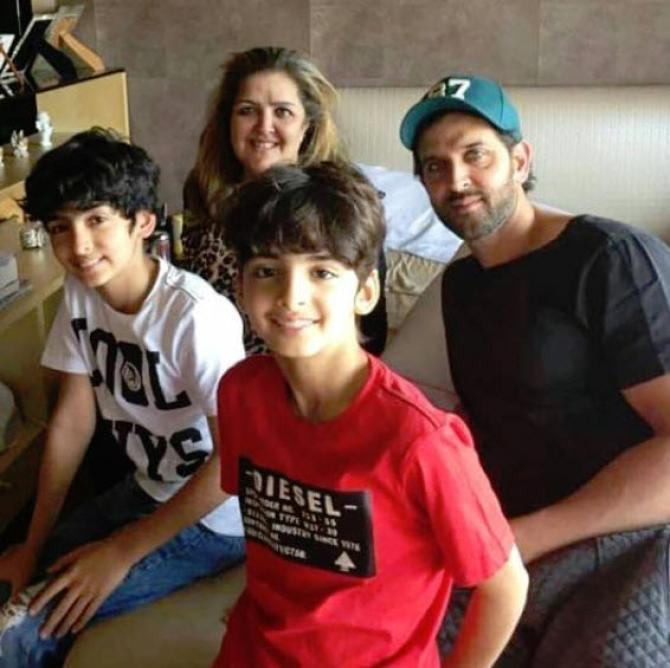 It is also to be noted here that, some reports suggest Ruhail Amin is using Sunaina and is already married with kids, which is why her parents are worried about her. A Bollywood Hungama report had recently suggested, “This chap whom Sunaina is seeing is apparently married and has children. That’s why Guddu and Pinky (Rakesh Roshan and his wife) are going nuts. Sunaina has already made monstrous marital mistakes. Her parents don’t want her to end up making one more wrong choice of partner.” In an interview with News18, Ruhail had said, “This is unfortunate. Labelling someone extremist just because he/she belongs to a certain religion is simply outrageous and needs to be condemned in strongest words... Religions and geographies should not become the cornerstones of defining extremism; we need to move beyond that mindset." (Do Check: Shah Rukh Khan Shares The Best Advice For College Kids On Daughter, Suhana Khan's Graduation Day)

What do you guys have to say on this entire fiasco? Do keep us posted!