Famous Bollywood faces, Arjun Kapoor and Malaika Arora have finally made their relationship official. Recently, they took to their official Instagram handle and shared pictures from a romantic date. Whether it is a rebound, a fling or a serious relationship, nothing stays under the table in the Tinseltown. Sooner or later, the truth is bound to come out, whether it is due to fans’ love for their favourite celebrities or constant media scanner. Famous Bollywood faces and ‘no more a rumoured couple’, Arjun Kapoor and Malaika Arora know it quite well. After playing perfect hide-and-seek, Arjun and Malaika finally rested their case and made their relationship official, lately.

A lot of questions are being raised and many fingers are being pointed out at them, nonetheless, Arjun and Malaika are going strong. The couple is not paying heed to any of the trolls or judgements that are being passed onto them. And this exactly is what a couple in love should do! Slowly and steadily, after taking their own sweet time, the lovely duo is making more comfortably ‘couple’ appearances. (You May Like: Shah Rukh Khan Shares The Best Advice For College Kids On Daughter, Suhana Khan's Graduation Day)

Recently, on June 26, 2019, which was Arjun Kapoor’s birthday, Malaika finally made Arjun's debut on her official Instagram handle. Sharing a lovely hand-in-hand picture from what looks like one of their vacation snaps, Malaika had wished the love of her life by writing, "Happy birthday my crazy, insanely funny and amazing @arjunkapoor. Love and happiness always." Take a look at the picture below: 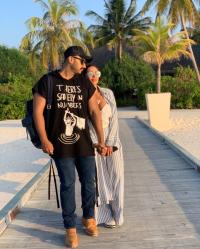 It seems that Arjun and Malaika are now comfortable posting each other’s pictures on their respective social media handles. Today, on June 29, 2019, Arjun and Malaika had shared some lovely pictures from their last night’s romantic dinner date. In one of his Instagram stories, Arjun had shared Malaika’s picture who can be seen hiding behind a big heart that she is holding. Atop the story, he wrote, “She has all my heart (literally).” Checkout the Insta stories right here: 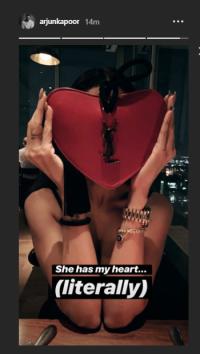 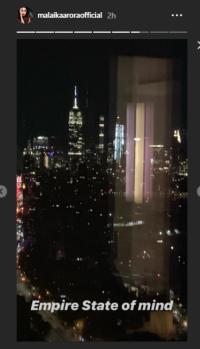 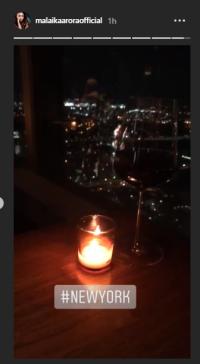 In an interview with Filmfare, Arjun had shared about his relationship with Malaika and was quoted as saying, "I don't have anything to discuss. I have nothing to hide. What the world is seeing, they are seeing. However, I have no desire to justify my personal life beyond a point. It is important to have good people around me and I feel fortunate that I have such individuals in my life." (Also Check: Gauri Khan Shares A Video Of Suhana Khan Getting An Award For Exceptional Drama In Her College) 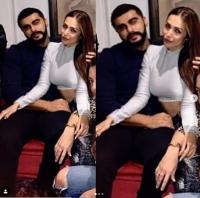 In the same chat, he had also poured his heart out on the constant media scrutiny on his personal life and marriage speculations. Arjun had quipped, "I'm 33 and you have to take my word when I say, I'm in no hurry to get married. The subject of my wedding is not something that I would like to talk about. Frankly, if I was tying the knot, people would know about it. Today, nothing stays or needs to be hidden beyond a point. I know it is the marriage season. But marriage is a big commitment. I will do it when I am ready." 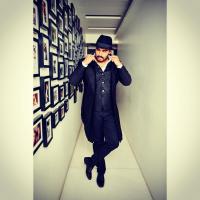 He had further added, "Speculation is harmless. But I admit, I don't like to respond to it all the time. Also, it gets tiring for the people involved to constantly react. There has been so much gossip on this subject that even the people who earlier tended to believe it are no longer doing so. I don't have anything against anyone."

Not just this, Arjun had also shared that they aren’t doing anything wrong, "We’ve come out because we feel the media has given us dignity. There’s a certain understanding the media has… they’ve been respectful, kind, honest and decent about it. That is why I felt comfortable. You recoil when there’s a certain “gandhagi” that comes with the territory. When purposely people irk you by saying, writing or asking things… there hasn’t been any of that. Where the paps are concerned, we give them photos when walking in and out of a place. It is normal." (Do Read: Mahhi Vij Flaunts Her Pregnancy Glow In A Selfie With Husband, Jay Bhanushali) 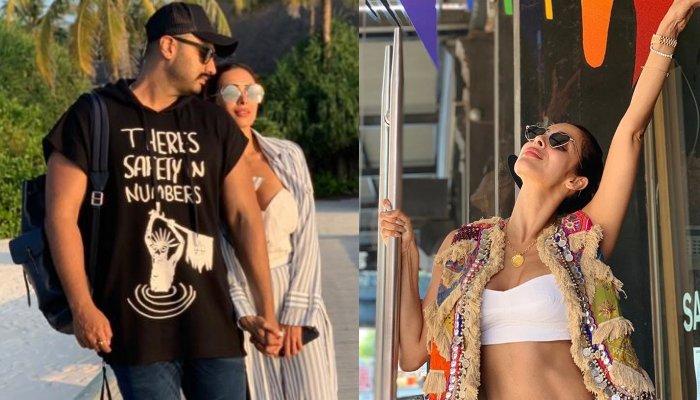 Bollywood and its bitter-sweet affairs linger for an eternity! The moment somebody sparks dating rumours, people’s speculations start. While most of the times the protagonists in the rumour often shun it and call it baseless, there are a very few celebrities who often accept it or remain mum. That’s how