Talking about her inspiration in life, Kajol fondly speaks of her aunt, Nutan, who guided her to be the person she is now.

A strong inspiration is an essential necessity in our life, as it constantly motivates us in our hardwork, and guides us through the correct way. Our role models help to shape our personalities completely. And for Kajol, this epitome of inspiration is none other than her dearest aunt, and the most popular yesteryear actress, Nutan.

For the unversed, Nutan, who happened to be one of the most popular actresses in the early 70s Bollywood, happened to be the elder sister of Kajol’s mother, Tanuja. Evidently enough, Kajol has indeed kept up her name by following in the footsteps of a legacy of a film family.

Recommended Read: Babil Khan Remembers Dad, Irrfan Khan Ahead Of His Debut, Talks About Being Compared To Him Kajol is all set to come back to the silver screens with her upcoming film, Salaam Venky. And during a promotional event for the film, Kajol expressed her feelings about her aunt, Nutan, who is also the sole inspiration behind her film career. In her words:

“I was too little when Nutan maasi was a superstar, and when I grew up, I watched her in the role of a mother in most of the films. She was also a very brilliant and talented singer and used to perform for us on her harmonium.” 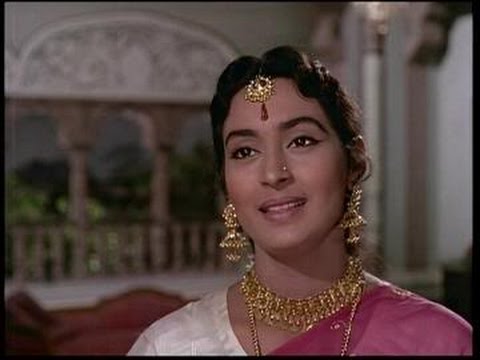 Kajol further elaborated on how her aunt and her naani have over the years, made her understand completely, and rather feel it in her, the true meaning of empowerment for a woman. Calling herself fortunate enough to be brought up by such powerful and empowered women, Kajol said:

“I have to say one thing about my mother, maasi, and nani, we keep talking about women empowerment and making women strong these days, but the leading ladies of my life have never taught me about it, but their lives have been a live example for me, they did it and showed it to me. I am fortunate to have been brought up by these women.” Speaking about the women in her life, Kajol is very fond of her mother and veteran actress, Tanuja as well as her younger sister, Tanishaa. She often shares glimpses of her moments spent with them. For instance, on October 6, 2022, Kajol had shared a happy video of her Durga Puja celebrations with her mother and sister. She had captioned the post as:

“All in one. Family, Tradition and all the goddesses for the Goddess!”