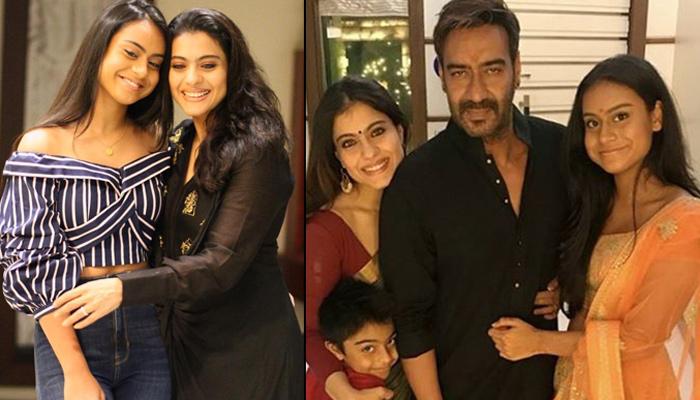 Embracing parenthood is a beautiful feeling. However, parents hate the fact that their little munchkin grows up faster than they can imagine and soon its time to let their babies enter the big world alone, all by themselves. Be it studies, world or marriage, it is the most difficult phase for the parents to stay away from their child. Similar is the case with superstar couple, Kajol-Ajay Devgn and their beautiful teen daughter, Nysaa Devgn. (Do Read: Ajay Devgn Called Kajol To Invite On His Sister's Wedding, Kajol's Reply Was Unexpected [VIDEO])

Nysaa, has moved to Singapore for her higher studies in the prestigious United World College of South East Asia in Singapore, earlier this year (2018), and her parents are finding it very difficult to deal with it. In an interview, Kajol stated, “'It was very, very tough for me, but not as tough as it was probably for Ajay because I have myself studied in a boarding school away from home. Even my mom (veteran actor Tanuja) and sister (Tanishaa Mukerji) have studied in boarding schools. As parents, we have to do such things throughout our lives, things that are beneficial for them, even though it is painful for us.'' 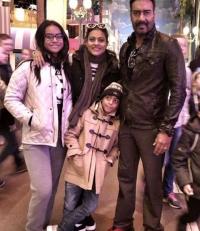 We ditto Kajol here! However, a latest piece of news has it that Kajol and Ajay were spotted in Singapore, where they were recceing for an apartment in one of the poshest areas in the island-city. And as per a Mumbai Mirror report, the couple has found an accommodation suitable to Nysaa on Orchard Road. Although Nysaa’s school has boarding facilities, but the star kid is a quiet child and hence, would prefer staying on her own. The gorgeous teen is expected to move into her new apartment by January 2019. Amazing, isn’t it? 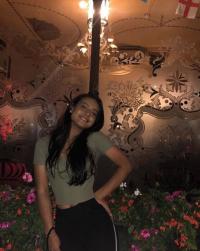 During the promotions of her latest stint, Helicopter Eela, Kajol, at length, spoke about her daughter’s shift to Singapore and the camaraderie between them after she has left. She stated, “I don’t know whether we have gotten closer, but we definitely don’t fight as much as we used to. Things just don’t seem as important as they were when you lived with that person under the same roof. Also, I miss her so much that I just want us to be happy together whenever we meet.” (Must Read: Ajay Devgn Has The Funniest Reaction To Dear Wife Kajol's Wax Statue, Video Inside!) 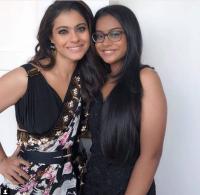 Speaking about media glare and paparazzi, Kajol spoke in an interview, "Ajay and I made a conscious decision to keep our children away from the media. We feel we want to keep them away from the pressure, from the unnecessary burden which will come on them. I don't want that to happen. They shouldn't be under pressure by the media, public or even unknowingly by me, to become something. It should be their choice what they want to become, I will give them the platform to have that choice, but the choice has to be theirs with a free and clear mind.” 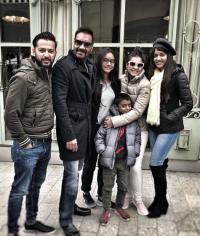 With reference to Shah Rukh Khan’s daughter, Suhana Khan being chased by the paparazzi, this is what the Fanaa star shared with Mid-Day, “If something like this were to happen with Nysa or Yug, I’d be infuriated. It’s sad that the Indian paparazzi has reached a stage where it can do this to a kid. What happened with her sounds like bullying to me. We are stars; it’s our job to accept all of that. But to be doing that to someone who is nothing more than an impressionable teenager, is harassing her in plain words. They should be more responsible when it comes to dealing with our kids. We signed up for this, they didn’t.” 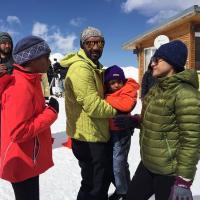 Will we get to see Nysaa entering the B-town star kids bandwagon soon? Kajol stated, “I will not put her in a scanner to take a decision on anything. Whether she wants to join the film industry or she doesn’t want to join and I will never suggest her also what to do. Mujhe lagta hai ki voh ek decision uska khud ka hona chahiye. Aaj ke zamane mein aap dekho toh there are so many opportunities available. (I think that’s one decision she should take on her own. Today, there are so many opportunities available).” (Checkout! Kajol Is Embarrassed And Apologises To The Media After Son Yug Devgn Teases Them At The Airport) 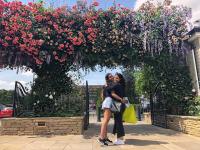 Speaking about who’s more stricter with the kids, Kajol shared during a session at NDTV's special youth conclave, "I'm a Hitler mother. I'm a bad cop, Ajay's a good cop. But the percentage of the good cop has dropped in him. He has realised that it is necessary to be a bad cop sometimes. That he can't always look at the mother to say 'no'. I'm 30 per cent bad cop, 70 per cent good cop.”

Don’t they make one wonderful family? Also, do you want to see Nysaa on the big screen? Share your thoughts with us in the comments section below.