Ajay Devgn and Kajol make one of the most applauded power couples of Bollywood. These two are a perfect example of the saying ‘opposites attract’ and that’s so true in their case. Where Kajol is bubbly, vivacious, chirpy and very talkative, Ajay, on the other hand, is very calm, introvert and talks less. Nonetheless, both Kajol and Ajay make one of the most compatible couples so far. And we can only see love growing fonder between the two. (Also Check: Kajol And Ajay Devgn's Love Story Proves That Opposites Do Attract And Can Make The Best Couple) 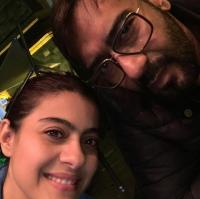 Kajol and Ajay’s strong relationship always gives relationship goals to others out there. This sort of encourages one and all to believe in love. Though as we said Ajay is less talkative and a man of a few words, but his witty nature is liked by all. Ajay showed his witty side once again when Kajol introduced her wax statue at Madame Tussauds in Singapore. Here’s the picture Kajol shared on her Twitter and captioned it, “Always been a Kajol fan.” (Don't Miss: Kajol Shares The Real Reason Behind Marrying Ajay Devgn Who Wasn't Successful Like Her Then) 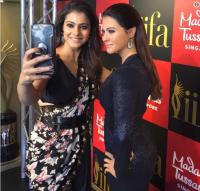 Ajay, on the other hand, too introduced her statue in rather a fun manner in a single sentence. He kept his jokes and humour intact and shared this video on his official Twitter account, captioning it, “Meet the silent Kajol”, followed by a wink emoji. In the video, we can see Kajol in a monochrome saree, posing beside her daughter, Nysa and her wax statue. Suddenly, Nysa says statue and walks out of the frame, leaving mother Kajol zipped. Here’s the video, check out:

In fact, in January 2018 only, the team from Madame Tussauds came down to town for her measurements. A source had informed DNA, “Kajol is excited to see her statue, which will be housed at Madame Tussauds Singapore. This is also a great opportunity for her to spend some time with daughter Nysa, who studies in the island city. So, it works out well for both of them.” Adding further on this, the source said, “Besides the various accolades and awards that she has received including the Padma Shri, she and her co-star Shah Rukh Khan are the only two actors whose movie (Dilwale Dulhania Le Jayenge) holds the record for being the film with the longest uninterrupted run at a theatre (1,109 weeks), in the history of Indian cinema.” The elated actress expressed her happiness for the honour and earlier stated, “I love knowing that the artists are now working on every tiny detail and I’m so excited to see the finished result in Singapore!” (Must See: Kajol Openly Talks About Failed Relationships And The Secret Behind Her Successful Marriage) 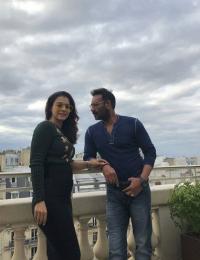 In an interview earlier, the Fanaa actress shared the reason behind her strong and successful relationship. Kajol gushed, "I think our relationship has worked only because I speak a lot and he quietly listens. So the secret to our happy married life is that Ajay doesn't say much. And that we're best of friends." And when she was asked the reason behind getting married to a less popular actor than her, she said, “It was the right thing for me to do at that point of time. I had been already working for around eight and a half to nine years. So, I was ready to kind of calm down on my work front and kind of take it easier.” 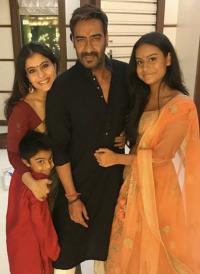 Well, Kajol and Ajay Devgn are amongst one of the best couples in Bollywood land. Much love and happiness to them!