Veteran actor, Jeetendra is extremely proud of his son, Tusshar Kapoor for the kind of father he is, to his son, Laksshya Kapoor. Scroll down to know more! Tusshar Kapoor had embraced fatherhood through IVF and had welcomed his little munchkin, Laksshya Kapoor. In Kareena Kapoor’s radio show, What Women Want, Tusshar had stated that when he had turned 35, he had paternal instincts and had realised that it was the right time to have a baby. He had also expressed that with the arrival of Laksshya, his life had changed completely, and now it revolves around his little munchkin. (Recommended Read: Benafsha Soonawala Can't Stop Gushing Over Beau, Priyank Sharma's Workout Video Flaunting His Abs)

Tusshar Kapoor has been a hands-on daddy to his son, Laksshya Kapoor ever since he entered his world. He is acing his daddy duties by spending about four-five hours a day helping his little one with studies, while the classrooms have become virtual. The father-son duo is engaging in a lot of activities in all the free time. For instance, he taught Laksshya the art of painting with ice cubes, and also how to mix various colours to make new ones. Scroll down to know what Tusshar Kapoor's father, the veteran actor, Jeetendra Kapoor thinks about him as a father! 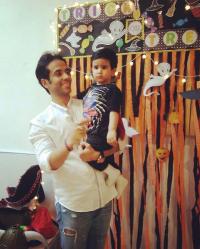 In a conversation with Pinkvilla, veteran actor, Jeetendra expressed his pride over the kind of father, his son, Tusshar Kapoor is, to Laksshya Kapoor. He mentioned that Tusshar is the father he couldn't be and said, "When I look at Tusshar, he makes me proud. What a wonderful father he is. I was not even one percent of what he is. This is all the realisation that has come with age and lockdown. After all, you learn till you go to your grave." Even the doting daddy, Tusshar had opened up on the importance of giving time to kids, in a conversation with ET Times and had said, "This is a crucial time in the lives of our children. Kids need our attention and it’s up to us to understand that. I’ve always been attentive towards Laksshya’s needs. Now, since both of us are homebound, we have to find ways to keep ourselves engaged. His school lessons take up a few hours in the day. In the evenings, instead of going to a park or playzone, we go to the terrace or have races in the compound of our house with our staff." In the same interview, when asked about how is he coping with the ongoing lockdown, Jeetendra stated, "I am into constructions now. I just have to give instructions. I don't have to go to keep the bricks and all. I don't go out much for work. So, things haven't changed much." Talking about what has he learned during the course of this lockdown he said, "But one thing I have learnt during lockdown is that when I was a busy actor, I could not give much time to my children. I missed that." Recalling his old days, the evergreen actor Jeetendra talked about his work and said, "You know how we used to work? I come from a middle-class background. I was so insecure. We used to start working from 7am to 1pm at one place, then 1pm to 5pm at another place then 6pm to 10pm at another place. Whenever there used to be just two shootings, we used to feel jobless. Now look how things have changed! People do one movie in a year. And they are happy, comfortable and confident." (Also Read: Kratika Sengar Clears The Air About Hubby, Nikitin Dheer's Possessiveness, Reveals How He Tease Her) 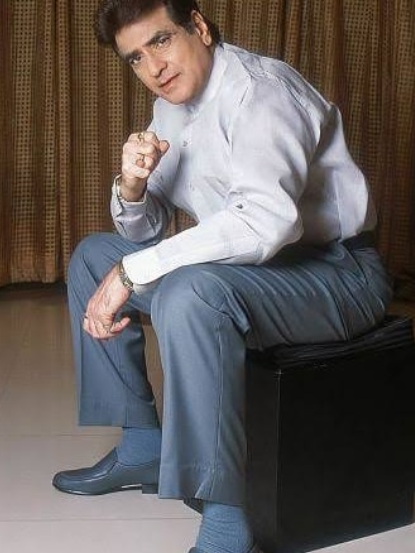 While in interaction with ET Times, when Tusshar Kapoor was asked whether he misses going for partying and socialising, he had said, "I was never an extravagant person, who socialised too much, so I don’t miss it. I stepped out only occasionally. Now, of course, that has stopped completely. I have moved all my work home, but I don’t feel too inconvenienced, and that is the biggest learning that comes out of times like these. Maintaining simple habits and an easy pace of life has its benefits." (You May Also Like: Nawazuddin Siddiqui's Wife, Aaliya Revealed How He Humiliated Her And Avoided Meeting His Kids) 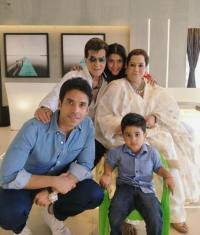 We adore Tusshar Kapoor as a father!