There have been a lot of instances that have clearly shown that these two Bachchan ladies are quite fond of each other. Here're five such adorable moments between Jaya Bachchan and Aishwarya Rai Bachchan that redefine the saas-bahu relationship.

Known as the golden family of Bollywood, the Bachchan clan has always been looked upon by every Indian as a source of inspiration. From giving us fashion goals to relationship goals, the Bachchans have done it all! However, when it comes to the saas-bahu jodi of this family, not always the good things are said about the bond that the two Bachchan ladies share.

In fact, a lot of media reports keep talking about the tiff between Jaya Bachchan and Aishwarya Rai Bachchan. But isn’t it quite normal for two members of a family to fight sometimes? It absolutely is, right? This certainly doesn’t mean that they are not on good terms. 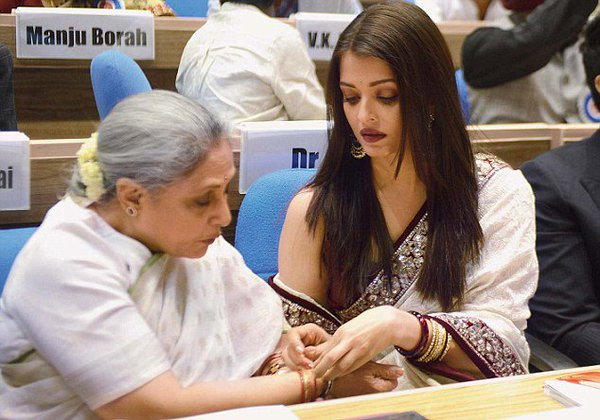 Of course, Aishwarya and Jaya Bachchan are no different. A lot of times, they may have different opinions, they may get upset with each other over something, but that doesn’t mean that the two do not gel well. In fact, there have been a lot of instances that have clearly shown that these two Bachchan ladies are quite fond of each other. And here, we bring to you five such adorable moments between Jaya Bachchan and Aishwarya Rai Bachchan that redefine the saas-bahu relationship in today’s time.

#1. When Jaya Bachchan shared her saree with Aishwarya Yes, it happened for real and we have the proof! Jaya Bachchan was first seen wearing a gorgeous pink saree in 2010 at Screen Awards. Later in 2011, the junior Bachchan lady, Aishwarya donned the same saree during Durga Puja celebrations. Again in Screen Awards 2014, Jaya wore the same saree. Looks like the Bachchan ladies like this saree quite too much and on top of that, they don’t even mind sharing it with each other!

#2. When Aishwarya rested her head on Jaya’s shoulder during an award ceremony 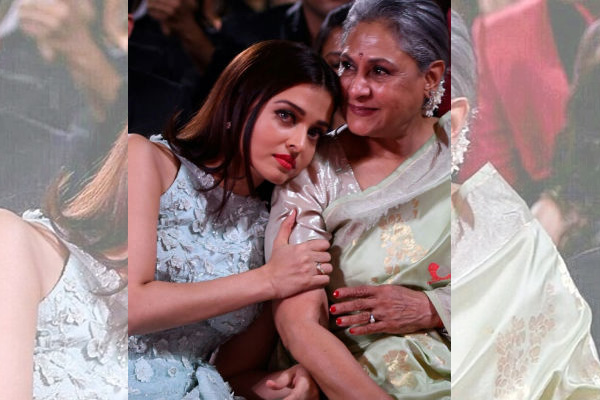 This adorable moment between this saas-bahu jodi was captured during Stardust Awards 2016. Well, the story behind this picture is even more adorable. Aishwarya won an award for her performance in Sarbjit. As Abhishek was hosting this award ceremony, Aishwarya expected her darling husband to announce her name. However, it wasn’t done by him and that left the lady sad. So, she rested her head on her mother-in-law’s shoulder saying “aww he didn’t announce it”. Clearly, the ladies share quite a warm bond which is rare to find in today’s time, don’t you agree?

#3. When Jaya Bachchan snapped at a journalist for addressing Aishwarya by her first name 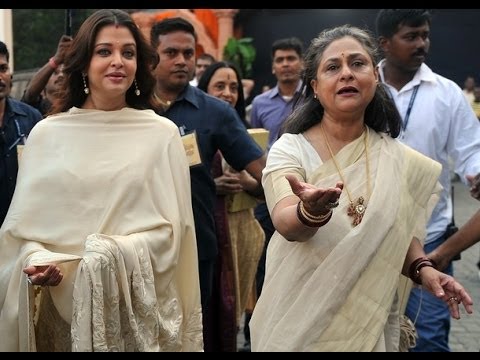 It happened when these Bachchan ladies attended Subhash Ghai’s party together. One of the photographers addressed Aishwarya by her first name as he asked her to pose. The over-protective sasu ma got furious over this and reprimanded the photographer for his behaviour. Jaya was quoted as saying, “Aishwarya kya hota hai? Is she your school friend? Phew, looks like Jaya Bachchan is way too particular about how her bahu rani is addressed by the media!

#4. When Jaya praised Aishwarya for her parenting skills 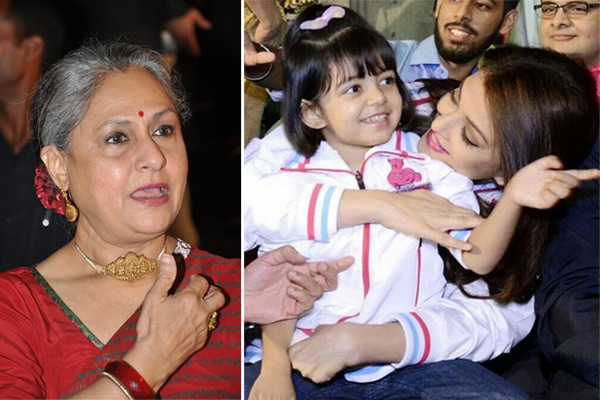 We all have seen how well Aishwarya balanced her life on professional as well as personal front after giving birth to Aaradhya. Her little one has always been her priority and she is always seen with her gorgeous mommy at all her outings. And Aishwarya’s great parenting skills, of course, didn’t go unnoticed by her mother-in-law Jaya Bachchan. Shortly after Aaradhya’s birth, Jaya praised Aishwarya and called her a “hands-on mom”. She also appreciated her for the way she takes care of her little one and does not leave her to the maids. She even shared one of the light moments that she once had with Aishwarya. Here’s what she told,

“Sometimes I tease Aishwarya and I say Aaradhya is a very lucky girl because can you imagine having a nurse like Miss World Aishwarya!”

Well, Aishwarya has done quite a good job in impressing her sasu ma, don’t you think so? Take A Look: Jaya Bachchan Praises Daughter-In-Law Aishwarya Rai Bachchan In This Throwback Interview

#5. Jaya Bachchan’s opinion on Aishwarya before she got married to Abhishek 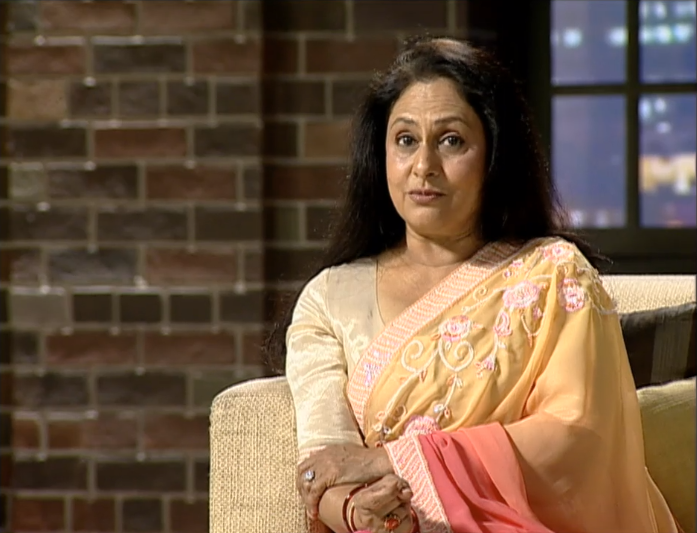 While these were a few instances that showed these two ladies’ closeness after Aishwarya became a Bachchan, even before that, Jaya was quite fond of Aishwarya. Sometime before Aishwarya and Abhishek’s marriage, the senior Bachchan lady appeared on Karan Johar’s talk show and said some really beautiful things about Aishwarya. Here’s what she said about her when she was asked about how Aishwarya fitted in the Bachchan family,

“She is lovely. I love her. I have always loved her. I have never ever seen her push herself whenever we are all together. I like that quality of hers to stand behind. She is quiet. She listens and she is taking it all in. And another beautiful thing is that she has fitted in so well in the family. She knows who are our good friends.”

Clearly, Aishwarya won her sasu ma’s heart long before she became her bahu!

Well, it’s hard to find such a loving saas-bahu jodi and with their aww-worthy love and affection for each other, Jaya Bachchan and Aishwarya Rai Bachchan truly make a rare one, don’t you agree?