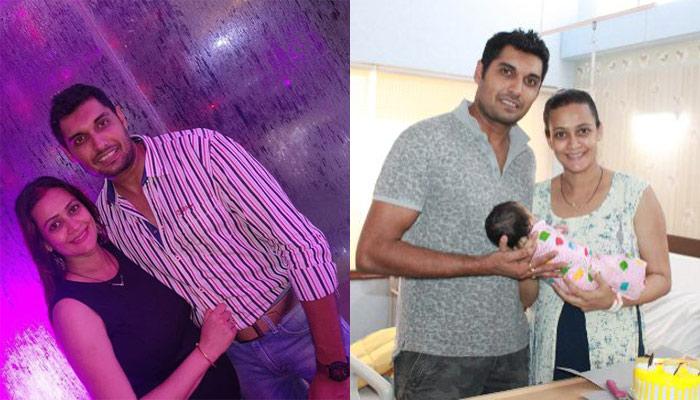 To name quite a few, Jaswir Kaur is one of the most loved actresses of the telly town. Be it playing a vamp on-screen to that of a positive character, Jaswir Kaur has won the hearts of all through her versatility and talent. Isn’t it?

Jaswir married Mumbai-based businessman-boyfriend, Vishal Madlani on March 6, 2016. After two years of marital bliss, the couple was blessed with a baby girl on June 26, 2018, at Raheja Hospital. And when it comes to celebrity pregnancies and babies, what we really look forward to is what would be the name of the baby and if we can take a goal from the same. So be it! (Also Checkout: Famous TV And Bollywood Celebs Whose Kids' Names Are A Mixture Of Their Own Names) 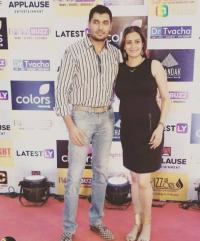 Jaswir and Vishal have named their little angel, ‘Nyra’ which in Hebrew origin means ‘plant’. How beautiful right? How many of you are taking goals from the same? Jaswir took to Instagram to share the news with her fans. At a news clipping that she had posted, she wrote, “Parenting and motherhood are one of the most important aspects of life for a lady... I guess my soul has another layer now by the addition of this beautiful angel we named "Nyra" Me and @vishalmadlani are absolutely excited to bring this little bundle into our lives #Motherhood #proudparents #beautifuljourneyoflife #together #Family #we #us #forever #happiness #blessingsindisguise... Thank u”. (Also Checkout: Bollywood Celebrity Couples Who Chose Unique Names For Their Kids)

The doting mommy made sure that she makes the most of her pregnancy. How? Jaswir was seen partying hard in her third pregnancy trimester and how! It was Jaswir’s friend’s birthday bash and the actress was seen dancing her heart out, clicking selfies and flaunting her baby bump beautifully. In an interview with Bombay Times, the actress spoke about embracing motherhood. She shared, “have always believed that life is beautiful and for me, it has come true after my marriage to Vishal (Madlani). I'm both nervous and excited about becoming a mother”.

In a throwback interview, when Jaswir was expecting her little one, she had shared, “there's no better feeling than knowing that you are carrying one more life within you. Today, I understand the importance of motherhood. I'm waiting for the day when we will bring another beautiful soul into this world." (Don't Miss: How To Get Your Body Back In Shape After Pregnancy) 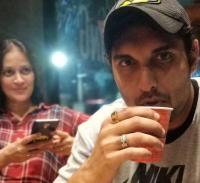 The actress was last seen in &TV’s Waaris. By the way, how many of you want to see Jaswir back on the screen? This is what she has to say about her comeback, “After Waaris, I wanted to take a break. We belong to an industry where there is no dearth of opportunity for actors. I am still getting offers, but I want to balance my personal and professional life. The best part is that there is no age limit in a creative career; so, returning to acting will not be an issue. At this point in my life, I want to enjoy motherhood to the fullest.” (Also Read: 'Yeh Hai Mohabbatein' Fame Mihika Varma Delivers Her First Baby, Brother Mishkat Confirms)

Today, the actress and her little baby girl, Nyra were discharged from the hospital. Here is their adorable family picture:

Jaswir and Vishal, heaps of congratulations to you for stepping into a new phase of life! And her name is beautiful! However, we wish to see you back on-screen soon.