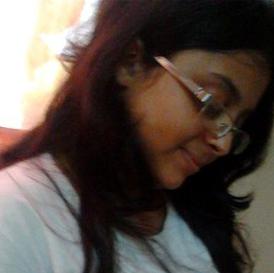 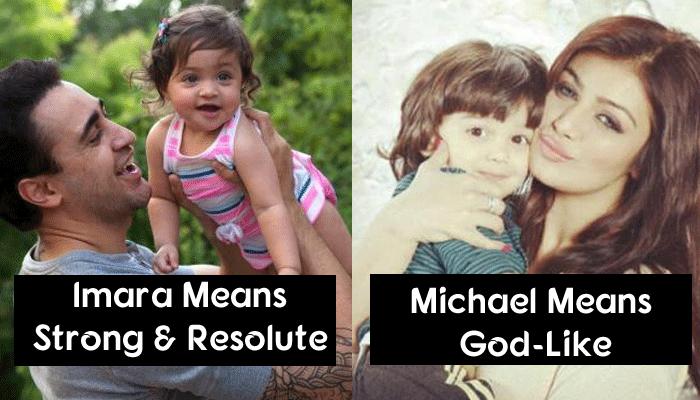 The trend of keeping unique and sometimes, unusual baby names, started off in Hollywood and very soon, this trend caught in India too.

Our wonderful Bollywood celebs have also started moving away from the obvious names for their kids, and have started looking for inspirations at different cultures across the world.

Let us take a look at a few such unique names of celebrity kids, and also tell you what they mean. 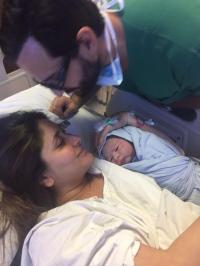 Bollywood's royal couple, Saif Ali Khan and Kareena Kapoor Khan were blessed with a baby on December 20, 2016. They named their little bundle of joy, Taimur Ali Khan Pataudi. The word 'Taimur' means Iron in Arabic. Also, a Turco-Mongol conqueror and the first ruler of Timurid dynasty went by the name Timur, which is also pronounced as Taimur.

Gauri and Shah Rukh have three lovely kids- Aryan, Suhana and AbRam. Aryan means a ‘warrior’ and Suhana means ‘charming’. Explaining the unique name of his third child, Shahrukh has been quoted saying,

His name is based on a variation of Prophet Abraham. And I liked the connotation that it is kind of a secular name (with the word ‘Ram’ in it).

Bollywood's power couple, Aishwarya and Abhishek, decided to stick to their Indian roots and chose a beautiful Sanskrit name for their daughter, Aaradhya. It means ‘to be worshipped’ or ‘someone who is worth worshipping’ in Sanskrit.

Rani Mukerji and Aditya Chopra named their daughter Adira, which had parts of both of their names, i.e., Adi and Ra. Adorable, isn't it?

Take A Look: Rani Mukerji And Aditya Chopra Are Proud Parents Of A Cute Baby Girl!

Shilpa and Raj wanted to give a symbolic name to their little bundle of joy. They named him Viaan, which means ‘full of life and energy’.

Young parents in Bollywood, Imran and Avantika, found a beautiful Swahili name of their daughter, Imara. It means ‘strong and resolute’. The couple has also added both their surnames to their daughter’s name, Imara Malik Khan.

Sussanne and Hrithik Roshan chose two unique Indian names for their boys. Hridhaan means a person with a ‘big heart’ whereas Hrehaan, which is a variation of the Arabic word Rehan, means ‘God’s chosen one’.

Must Read: Best Fashion Ideas To Dress Up Your Kid For The Wedding Season

Aamir and Kiran, who went the IVF-surrogacy way to have a child, named their son Azad Rao Khan. He has been named after Aamir’s great grand-uncle, Maulana Azad, who was a famous freedom fighter. Azad, of course, means ‘free or liberated’.

Manyata and Sanjay took inspiration from Persian and Hebrew to name their twins. Shahraan is derived from Shah (royal), and raan (knight), which means royal knight or warrior. And, his daughter Iqra’s name means ‘to educate’ in Hebrew.

Farah, who gave birth to triplets back in 2008, named her children- Anya, Diva and Czar. Anya means grace in Russian and infinite in Sanskrit; Diva, means divine in Latin and Czar, is the Latin word for an emperor.

Akshay and Twinkle decided to opt for Indian names as well for their two wonderful children. Aarav means ‘in high regard of’ whereas Nitara means ‘having deep roots’.

Kajol and Ajay were inspired by Greece while naming their first child, Nysa. It means a ‘new beginning’ or ‘ambition’. Their second child was named Yug, which means ‘an era’ in Hindi.

Madhuri and Sriram chose Irish names for their boys. Raayan means ‘gates of paradise/heaven’ in Arabic, and means ‘little prince’ in Sanskrit, and ‘graceful’ in Jewish. Aarin means 'mountain strength'.

Other than our dhak dhak girl, here are 6 More Bollywood Actresses Who Married NRI Men

First names of Raveena and Anil’s kids, begins with the letter R, just like their celebrity mother. Their daughter’s name is Rasha which means ‘the first drops of rain’. And, their son’s name is Ranbir which means ‘brave warrior’.

Don't Miss: 10 Bollywood Moms Who Can Inspire Any Woman

Farhan and Adhuna named their children, Akira and Shakya. Akira is a Japanese name that means ‘bright and intelligent’; this is also the name of Farhan’s favourite director, Akira Kurusawa. Shakya means a ‘circle of energy’.

If you want to know how Farhan Akhtar met Adhuna, then Read: How Love Happened at First Sight for These 8 Bollywood Couples

Arjun and Mehr’s daughters’ name have been inspired by Sanskrit and the Quran. Mahikaa, in Sanskrit means ‘earth’; and Myra, which is taken from the Quran, means ‘swift and light’.

Recommended Read: 7 Single Telly Moms Who Are An Inspiration To Other Mothers

Konkona and Ranvir were so inspired by Salman Rushdie’ book, “Haroun and the Sea of Stories” that they chose to keep their son’s name based on the same. His name, Haroon, means ‘hope’ in Sanskrit. It also stands for ‘protector or chief’ in Arabic.

Their daughter’s name is Diani Isabella. Diani is a Portuguese word that means ‘divinity’, and Isabella is Fardeen’s favourite name. The couple chose to give their daughter two names so that she can choose the name she likes the best in the future.

Maria and Arshad did not want to choose a name that would denote any religion. That is why; they gave their children alliterative names. Their son is called Zeke Zidaan, which means ‘shooting star’ in Aramic; and their daughter, Zene Zoe, which means ‘beautiful’ in an African language.

Emraan and Parveen have chosen such a beautiful name for their first child, Ayaan. The name means ‘gift of God’ in Arabic. It also means ‘someone who is religiously inclined’.

Malaika and Arbaaz chose an Arabic name for their son, Arhaan. The name means ‘the ruler’, and is derived from Arabic language.

Amrita and Shakeel chose two beautiful names for their children. Rayaan means a ‘door to paradise’ and Azaan means ‘powerful’.

Celina and Peter decided to go with an Indian name and a western name for their twin boys. One of them is named Viraaj, which means ‘king’ or the ‘sun’ in Sanskrit, whereas Winston means ‘joy stone’.

Sonu Nigam chose a lovely name, Nevaan for his son. It means ‘holy soul’ in Sanskrit.

Lara and Mahesh took inspiration from Arabic and Hebrew languages to name their beautiful daughter. Saira is a variant of the word ‘Sarah’, which means ‘princess’ in Hebrew, and a ‘bird’ in Arabic.

Sushmita Sen, who is a single mother, picked out two wonderful names for her daughters. Renee means ‘to be reborn’ and Alisah is a German name, which means ‘noble’.

The busty actress, who was seen in movies like Wanted and Socha Na Tha named her son as Mikail. The name is derived from the name of God's angel, Michael, which means 'God Like'. 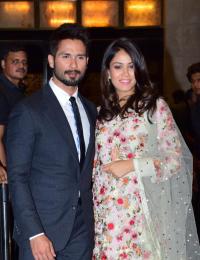 Shahid Kapoor and Mira Rajput named their first child Misha Kapoor. The best thing to notice here is that their little bundle of joy's name is a combination of papa Shahid and mumma Mira's names.

So, these were some unique baby names of Bollywood. You can also let us know what unique name you are planning for your baby and what it means, by leaving your comments below. When a popular actor ties the knot with a popular actress, the paparazzi never leaves them alone to enjoy their personal space. Maybe that is the reason why many of our B-town stars have also walked on the same path, and have chosen their life partners from outside the tinsel